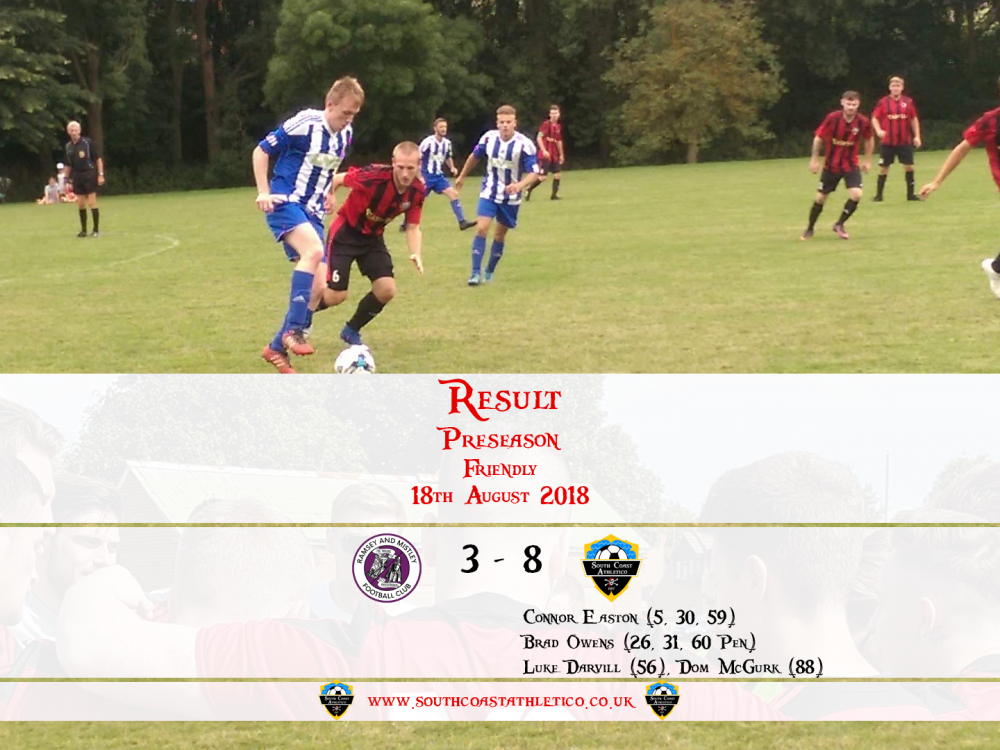 Yesterday’s fixture away to Essex and Suffolk Border Football League Division 3 Ramsey & Mistley FC got off to an interesting start.

Due to an accident on the M25 only the Gaffa and Ryan Wright made it to the ground on time, Neil Sutcliffe was surprised as he left the teams pre match breakfast at the Harrow Inn last! 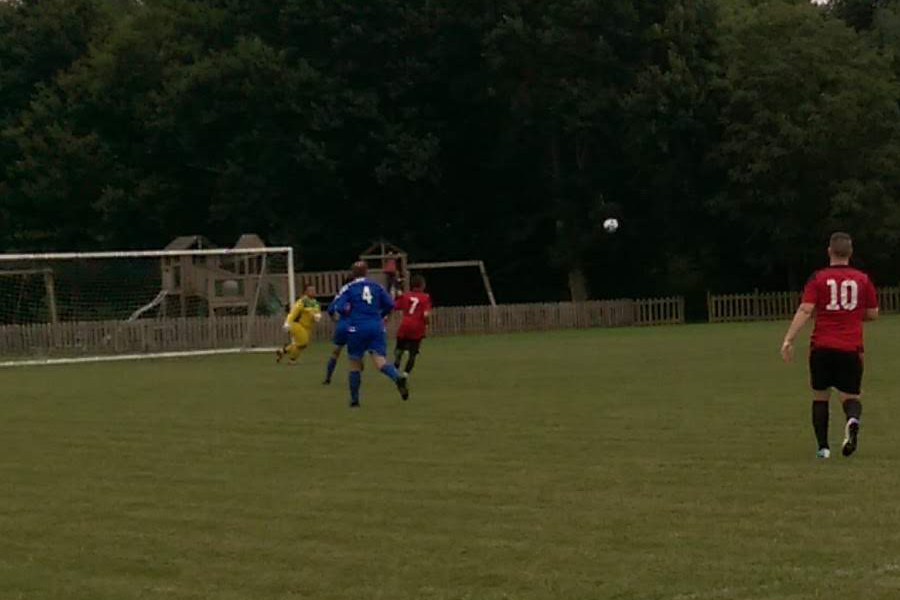 The hosts kindly postponed the kick off for 40 minutes however,  this only left the team with less than 10 minutes to warm up.

The long drive and lack of the usual structured warm up showed as the host team immediately put the Chopbacks under pressure. 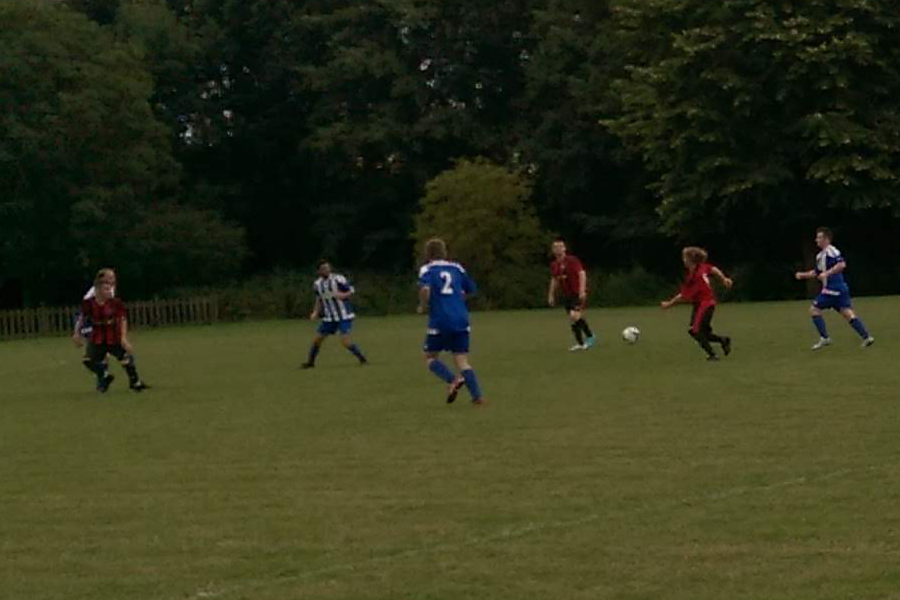 The opening minutes of the game were scrappy with both teams focussing on winning individual physical battles however, Bradley Owens played a quality ball in to Connor Easton who opened his account for the day after 5 minutes.

The passing the team have been working hard on during preseason was not showing and the boys put themselves under pressure time and again by playing high balls which Ramsey were often winning with their height advantage. 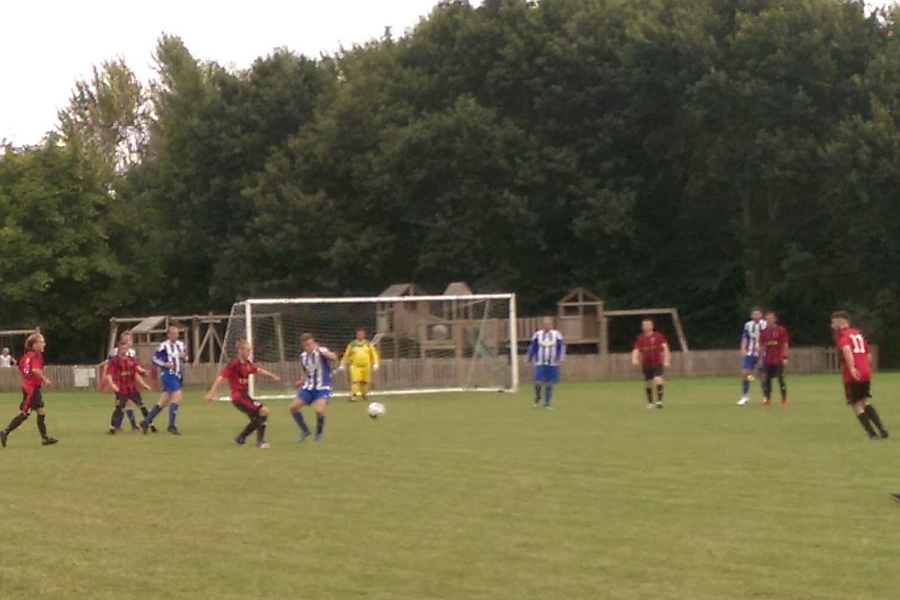 On the 26th minute Connor returned the early favour and played in Brad Owens to score an impressive goal which helped the team take more of a foothold in the game.

4 minutes later and once more the link up play between Brad and Connor shone through by Brad assisting Connor to his second of the day. 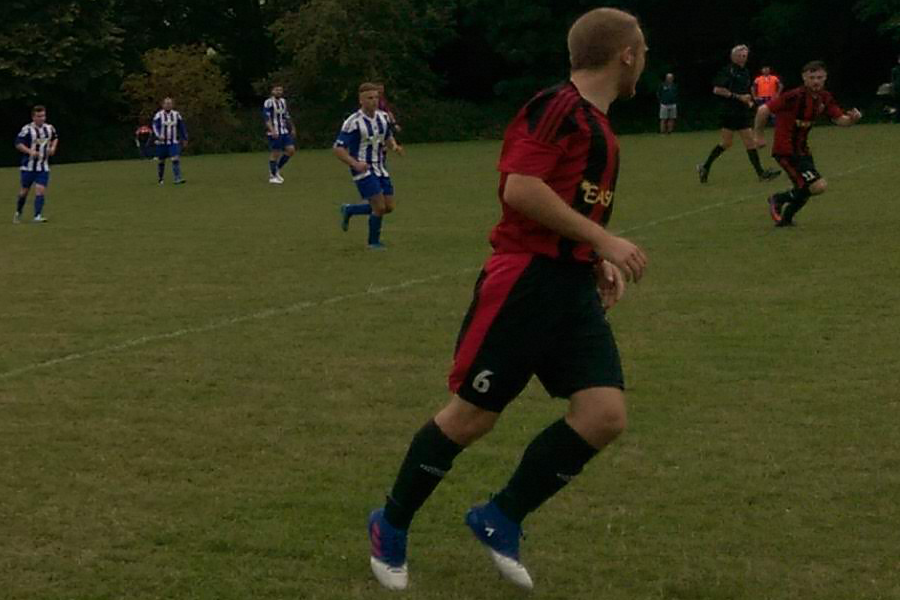 Brad, Dom and Harry were working hard and battling harder in midfield winning crucial balls then playing in the forwards.

A little space opened up on the 31st minute and Brads class and confidence enabled him to have a go from 40 yards! It was and incredible strike that the opposition keeper couldn’t equal to raise the scoreline to 4-0. 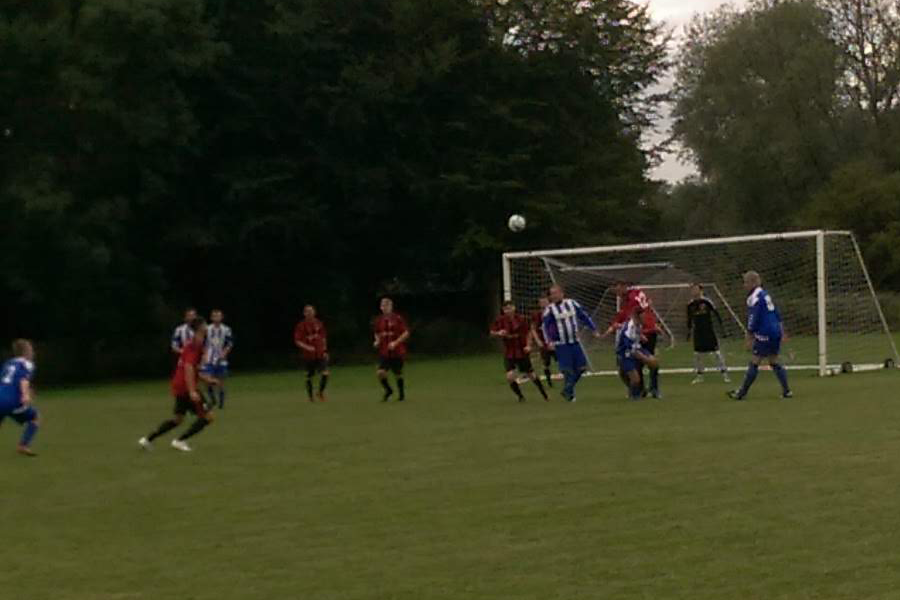 Credit to Ramsey, they didn’t drop their heads and nicked one back as a speculative ball was played into Ben Tate’s box, a lack of communication in Coasts defence and a pinch of cunning by one of Ramsey’s forwards allowed him to get in behind and win an unchallenged ball which found Ben picking the ball out of his net 5 mins before half time.

At half time Neil Sutcliffe gave a calming team talk instructing his players to focus on passing the ball &  keeping possession to allow the team to control the game. 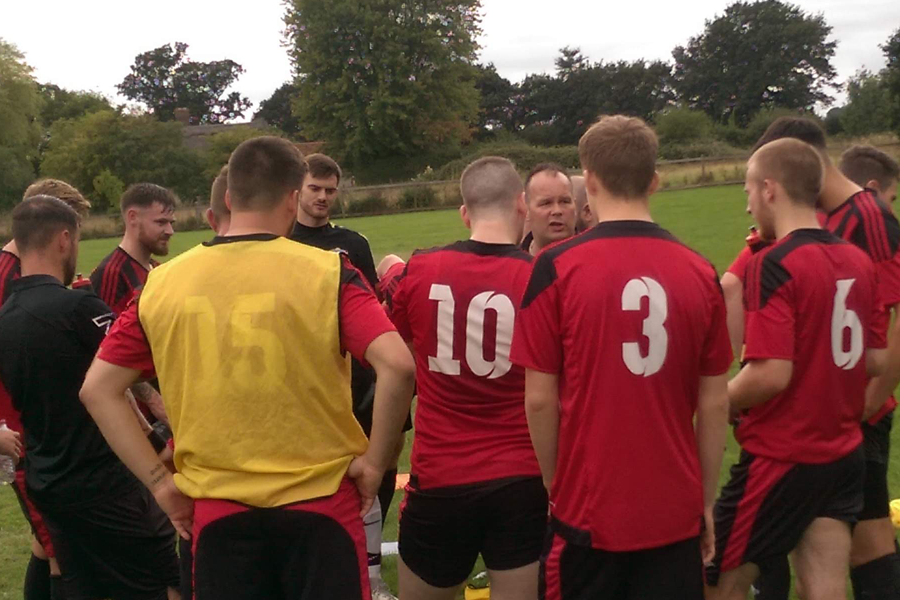 Second half the squad showed good periods of passing and began cutting through Ramsey’s defence.

It took only 11 minutes for Luke Darvill to latch on to a quality pass from Ryan Penny and add to his impressive preseason goal tally. 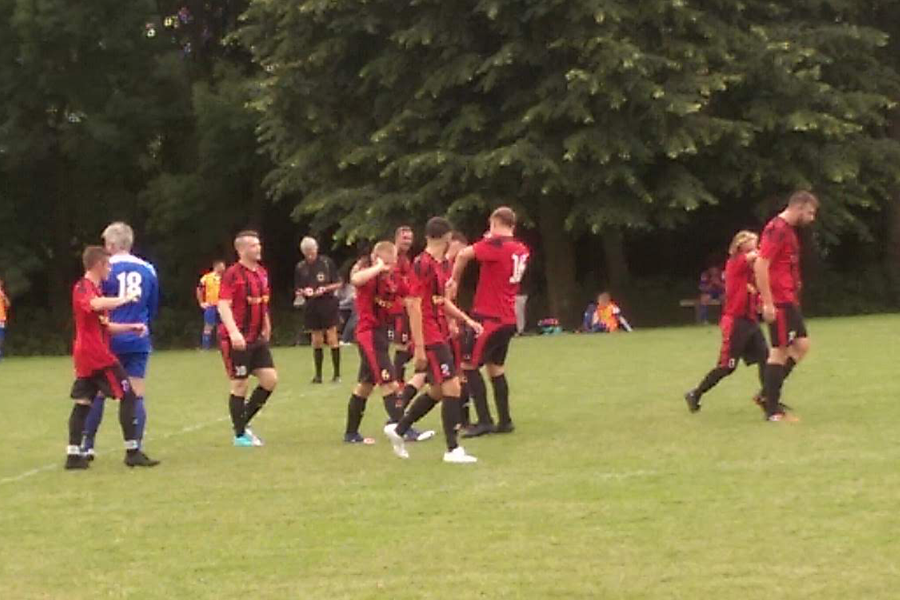 On the 59th minute, Full back Connor Smith tore through midfield and played in Connor Easton who coolly added another Hatrick to his record with a cheeky lofted chip into the top corner. 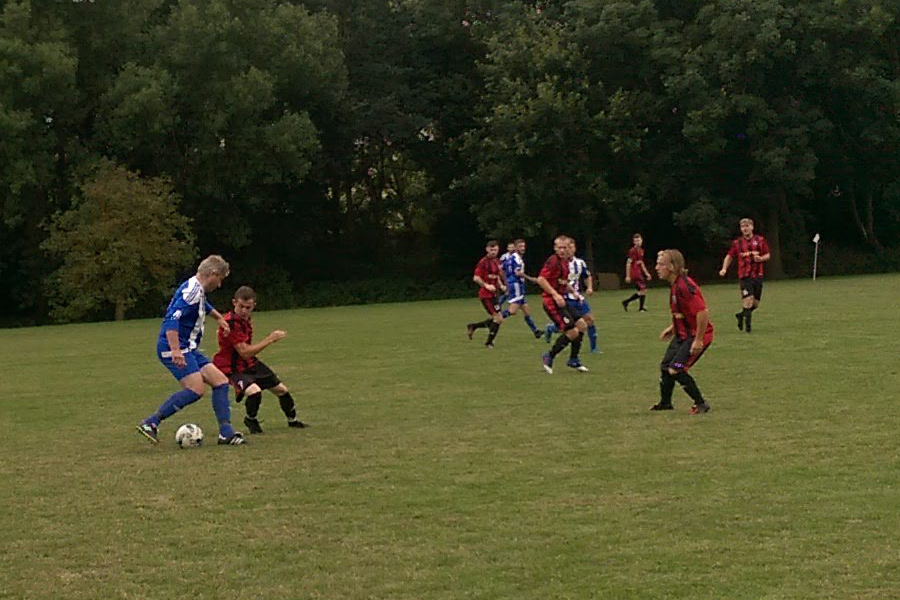 Selflessly, Penny gave the task of the spot kick to Brad Owens who was on for a hattrick.

Brad stepped up and slotted home with a well placed shot to make it 7-1 to the visitors. 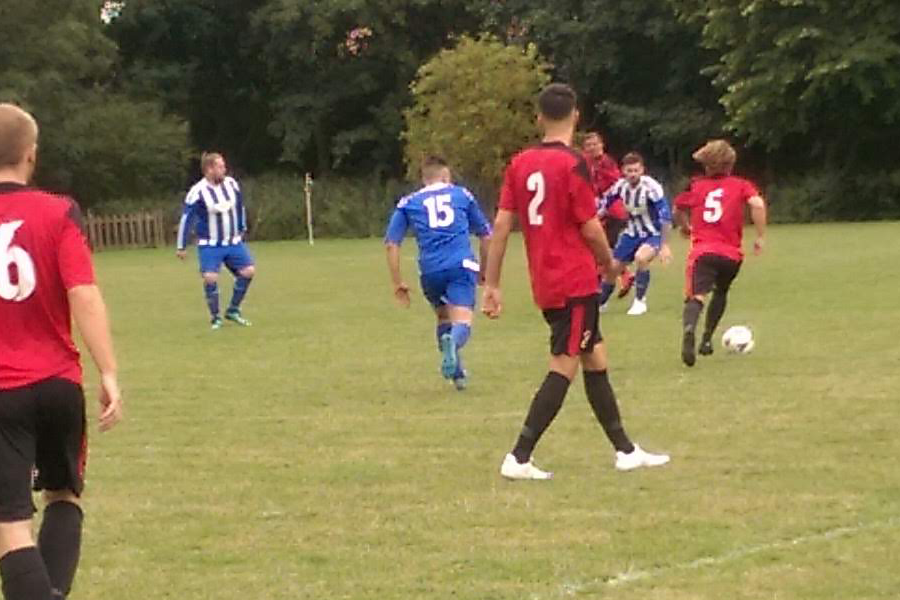 Ramsey were not going to give up however and kept scrapping and digging deep,  their determination was rewarded when a weak shot uncharacteristically found it’s was through the Cats hands as he set to collect a somewhat routine ball but failed to keep some body behind the goal allowing it to drift through his gloves then ankles into the net.

This gave the home team a second lease of life and moments later they came back again as the Chopbacks seemed to have taken their foot off the gas, scoring what was to be their 3rd and final goal of the day. 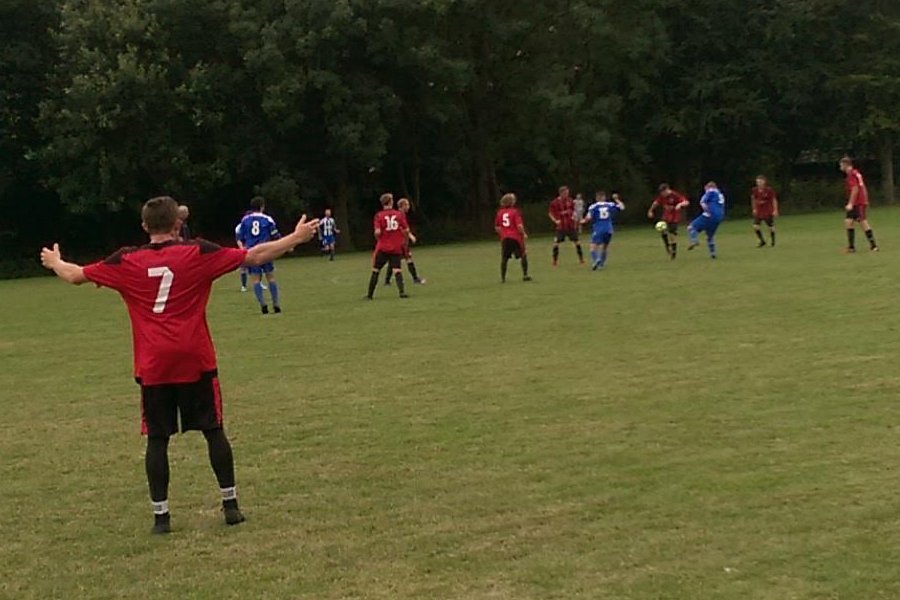 The goal demanded a reaction and Athletico switched up a couple of gears to reply,  Ryan Penny who was owning the right wing latched on to a pass and played in Dom Mcgurk who hit the ball with a whack to round the scoring off to 8-3 in the 88th minute.

The ref blew for full time a few moments later and the day was done. 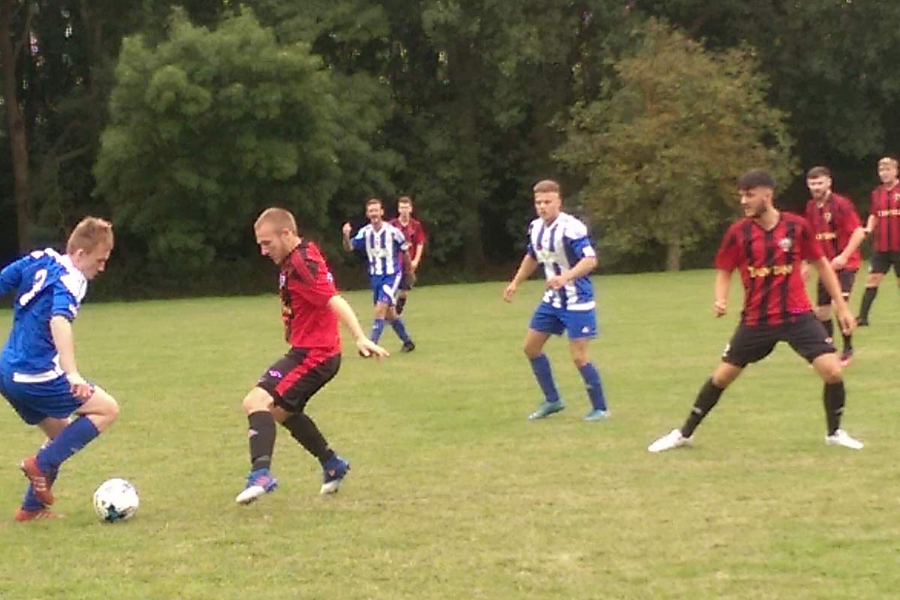 After the match, the Gaffa was pleased with each players performance especially physically in the one on one battles but, overall he wants the lads to concentrate on passing as they do sublimely in training with mostly one and two touch drills.

As the game was so far away,  the team went out into Colchester Town after and soaked up the Essex night life which lived up to expectation. 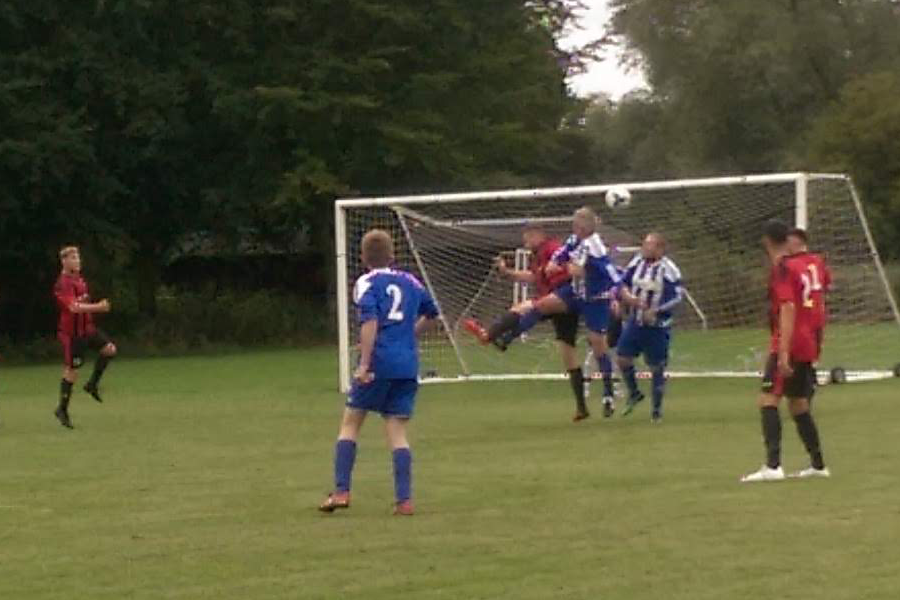 A big thank you to Ramsey & Mistley for agreeing to host this fixture, the club were eager to do a friendly outside of the Sussex area this year .

The final preseason match kicks off next Saturday, 5pm at Bexhill College against Peche Hill Select, then the season starts for real the following week.