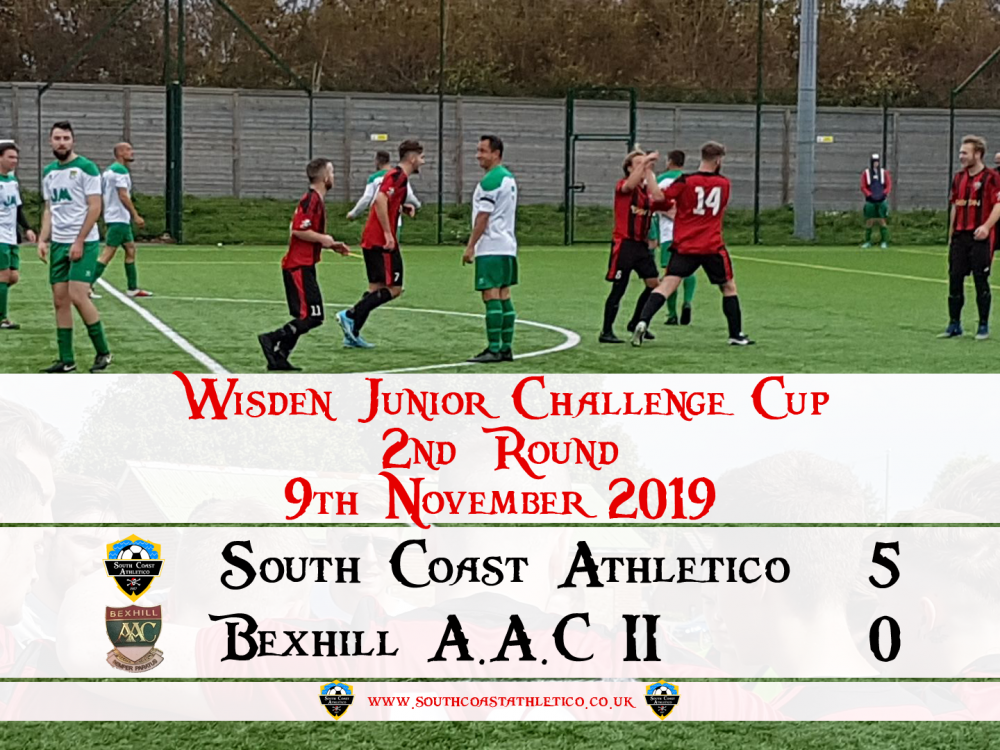 Chopbacks coast into the next round

After nearly a month without kicking a ball the Chopbacks were finally back in action in the Wisden Sports Junior Challenge Cup against Bexhill A.A.C II.

Both teams were up for this fixture given the previous games in the past whereby the Chopbacks have thus far failed to secure a victory against the opposition. 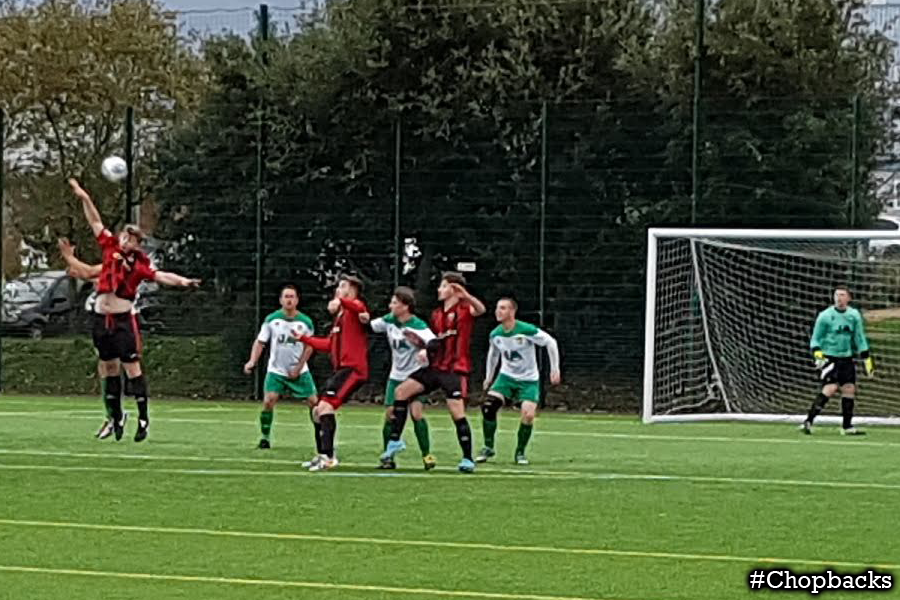 The game started with high tempo with both teams looking to take control of the game.

On the 12th minute Byron Nichol went up for a 50/50 head which resulted in both players clashing heads very hard.

Baz sustained a cut to the back of his head and had to be substituted but unfortunately for the oppositions player the injury was far worse with a suspected multiple fracture to his eye socket. 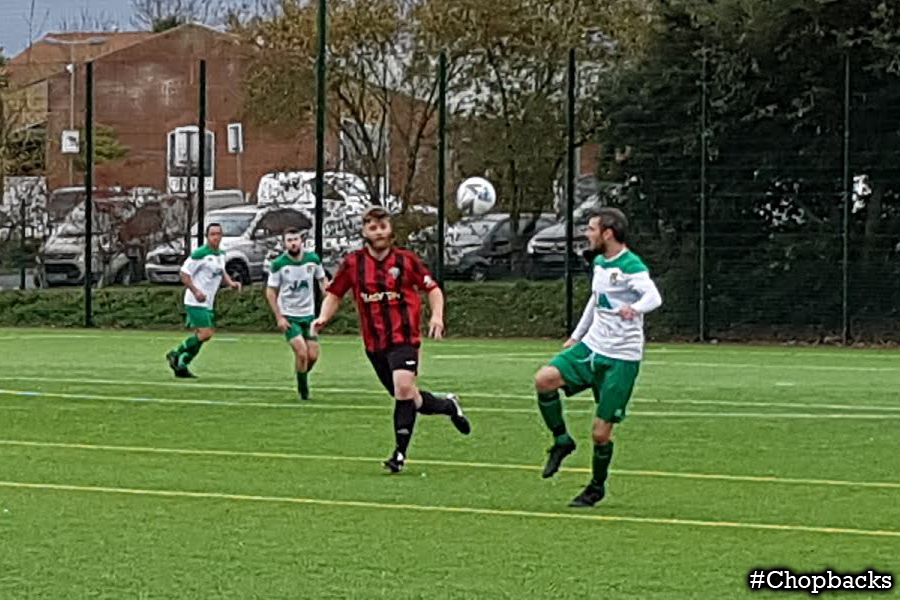 Mick Smith, the club’s Medic patched up both players before getting them ready for a trip to A+E.

After the stoppage the game resumed and both teams picked up where they left off.

22 minutes in and the Chopbacks were playing some wonderful one two passing around the opposition’s box which led to Syd Moffat-Bailey being brought down just outside the box. 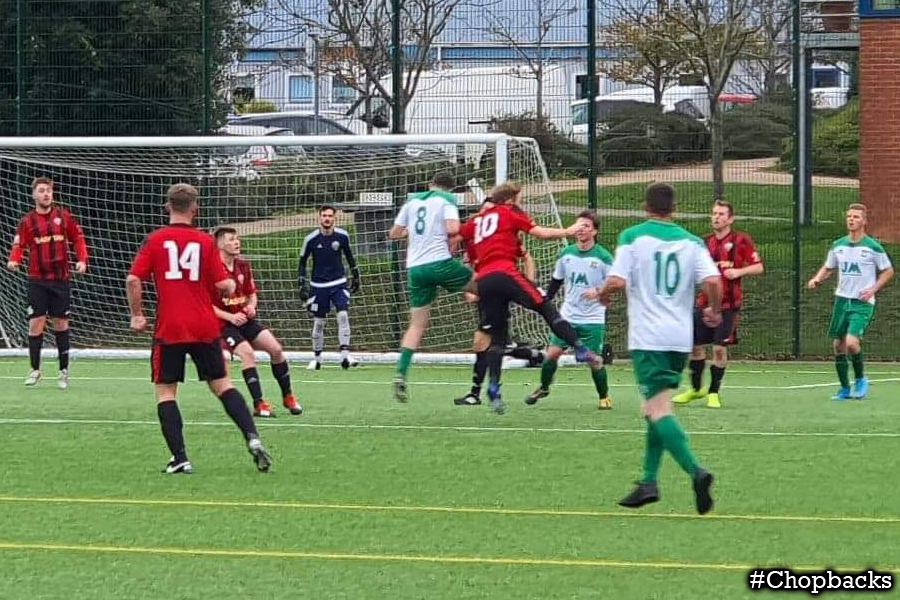 Brad Owens stepped up to take the free kick and fired home the opening goal of the match, the keeper simply didn’t see the ball until it was too late.

32 minutes in and Jack Bloomfield was brought down in the box resulting in not only a penalty being awarded but also a red card for the opposition defender. 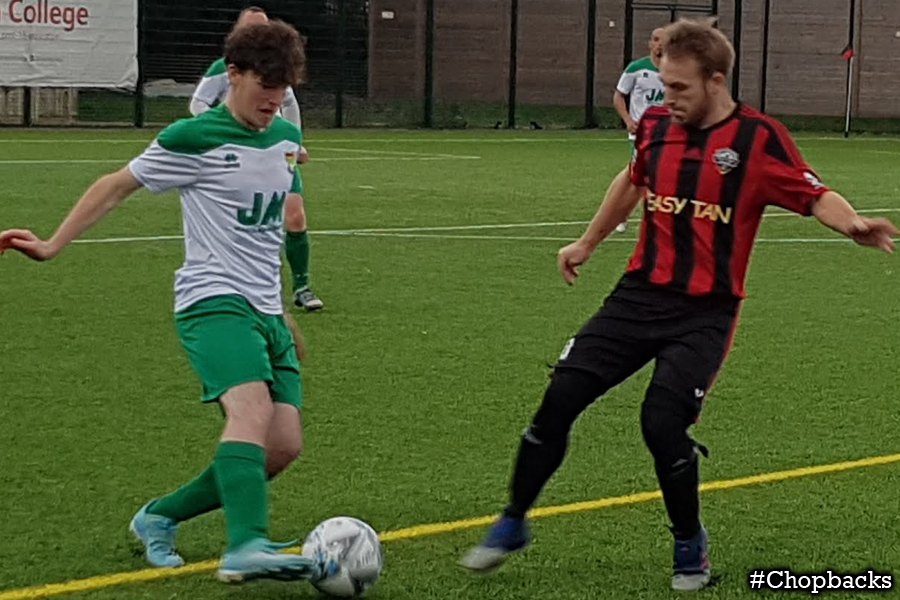 Lee Finnigan usually is the Chopbacks penalty taker but unselfishly allowed Syd Moffat-Bailey to step up in order to open his account for the club.

Syd stepped up and slammed home the penalty into the keepers bottom right but the referee ordered a retake due to an infringement in the box. 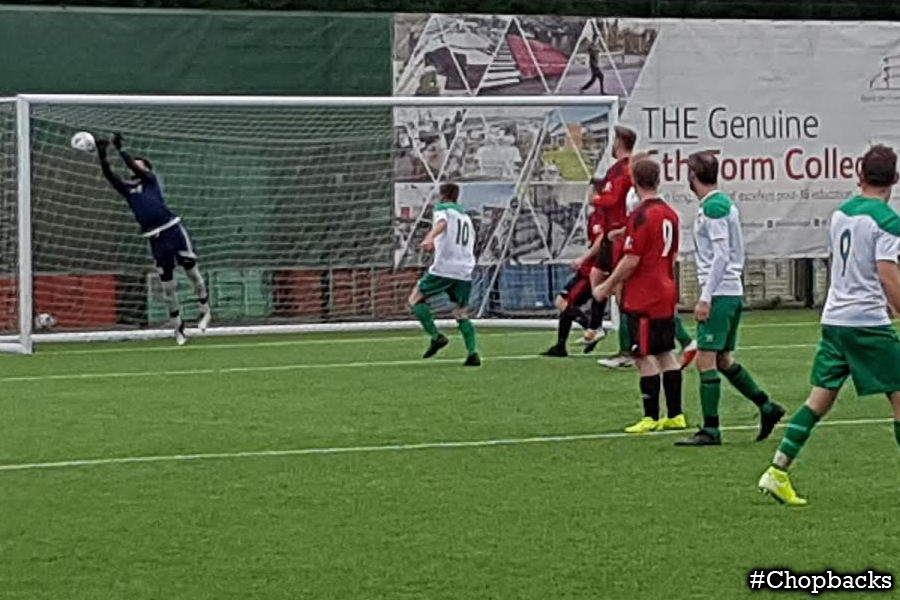 The result was exactly the same with Syd choosing to go to the same place again and keeper didn’t even move.

42 minutes in and Jack Bloomfield found space on the right wing and pinged in a delightful cross of which JJ Beaumont looked certain to volley home but he couldn’t quite get his footing right and missed the shot. 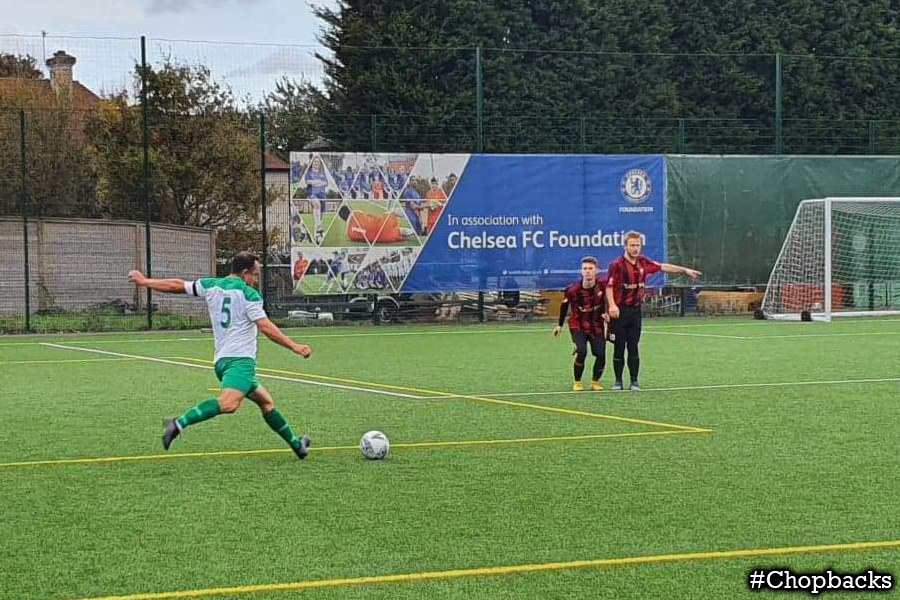 Just before half time Syd Moffat-Bailey tried his luck from 25 yards but the shot was just off target bringing the half to a close.

The second half started with the Chopbacks eager to finish the game off early and on 51 minutes Connor Smith came so close with a 25 yard rocket shot that rattled the bar and would have been goal of the season had it gone in. 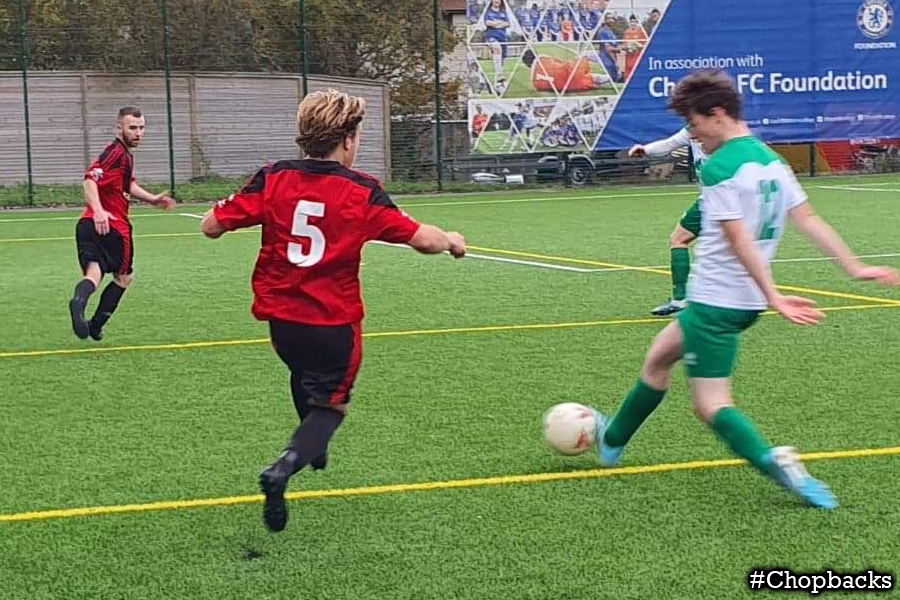 65 minutes in JJ Beaumont played an over the top through ball for super sub Ryan Fuller to poke over an rushing keeper to increase the lead to 3-0.

On the 84th minute Ryan Fuller turned provider cutting in from the right and crossing for Dan Aldous to tap home at the back post. 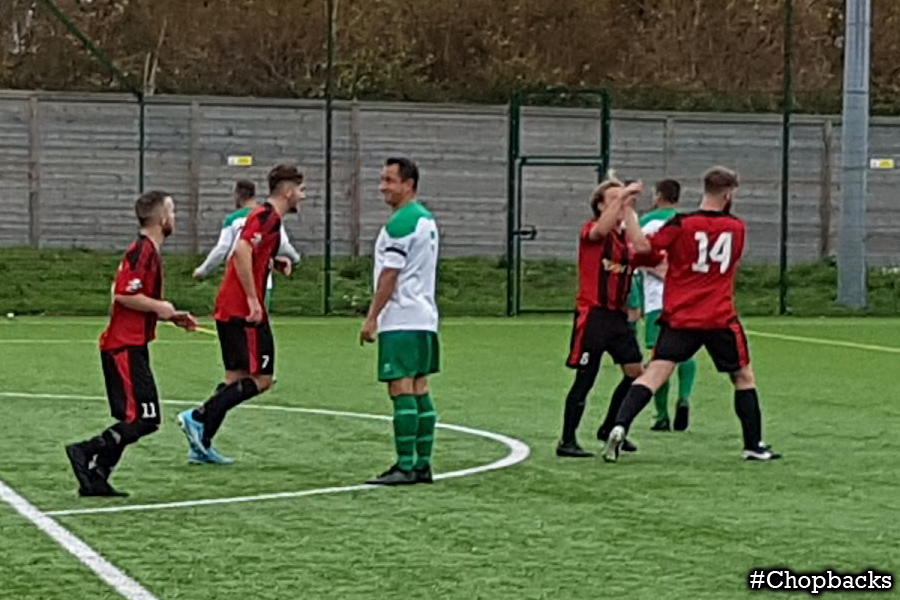 The icing was put on the cake in 87th minute when Charley Adams laid off for Syd Moffat-Bailey to strike from 20 yards into the top corner giving the keeper no chance.

The full time whistle was blown and the Chopbacks advance into the Quarter Finals with a 5-0 win.

The club would like to extend its well wishes to the Bexhill A.A.C player that needed to go to hospital and we hope he has a speedy recovery. 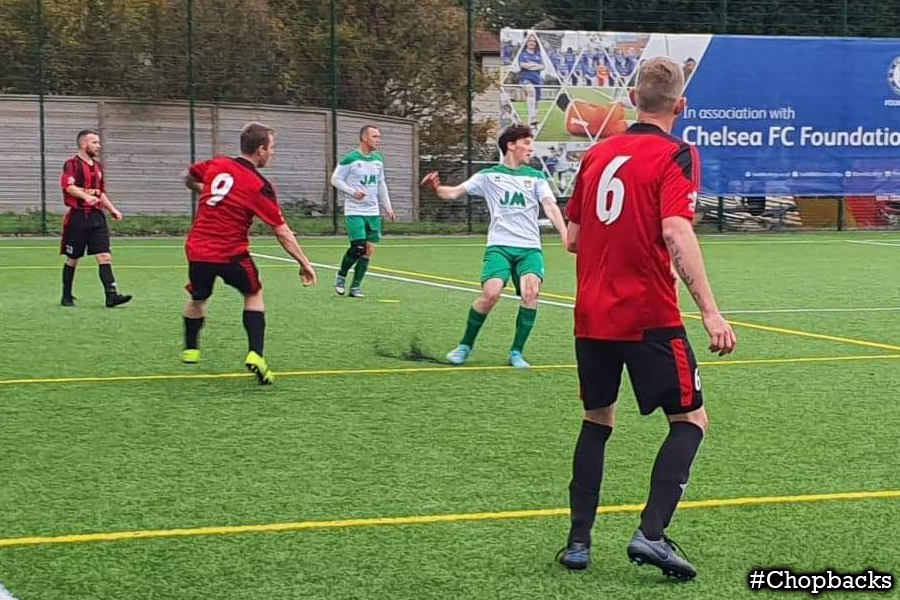