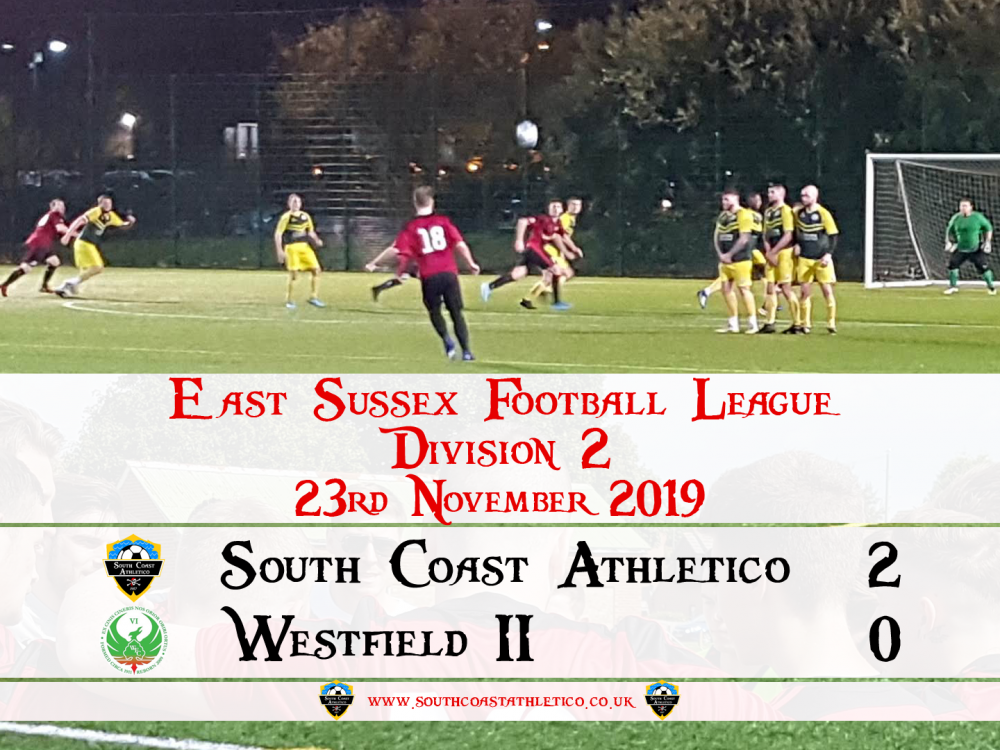 After yet more games being called off due to the weather the Chopbacks were finally able to get a game played due to their league fixture being at home against Westfield II.

Last time the sides met last month the Chopbacks had probably their worst game of the season resulting in a 2-1 defeat, a result which the team were keen not to repeat on home turf. 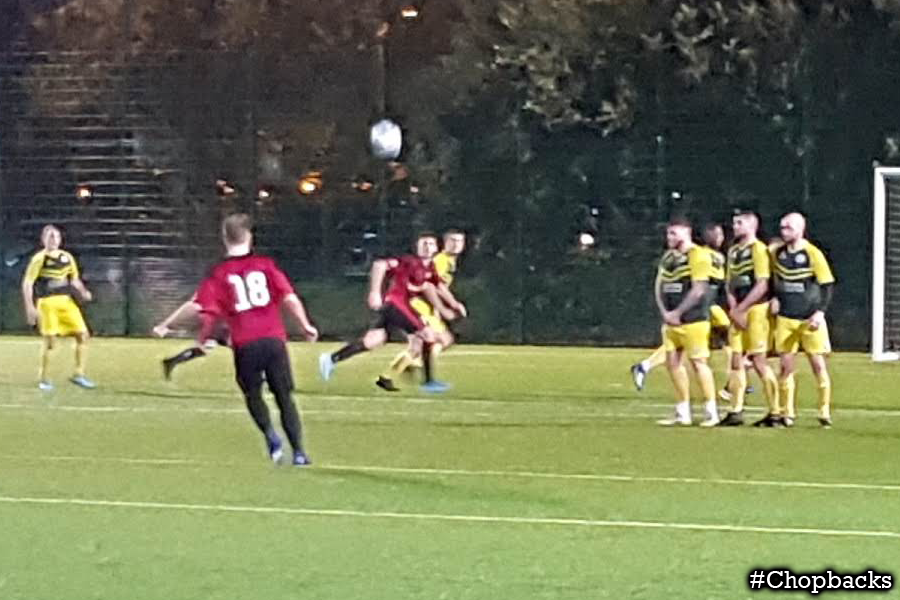 Both teams started with a high tempo trying to take advantage of the slippery wet surface and 5 minutes in goalkeeper Ben Tate nearly got caught out by a back pass that he failed to control properly but thankfully managed to scramble back to avoid embarrassment.

Some of the kicking by the Chopbacks players was a bit off with the side clearly still trying to adapt to the wet surface.

Syd Moffat-Bailey found himself booked on the 15 minute mark after being a little too eager in winning the ball back. 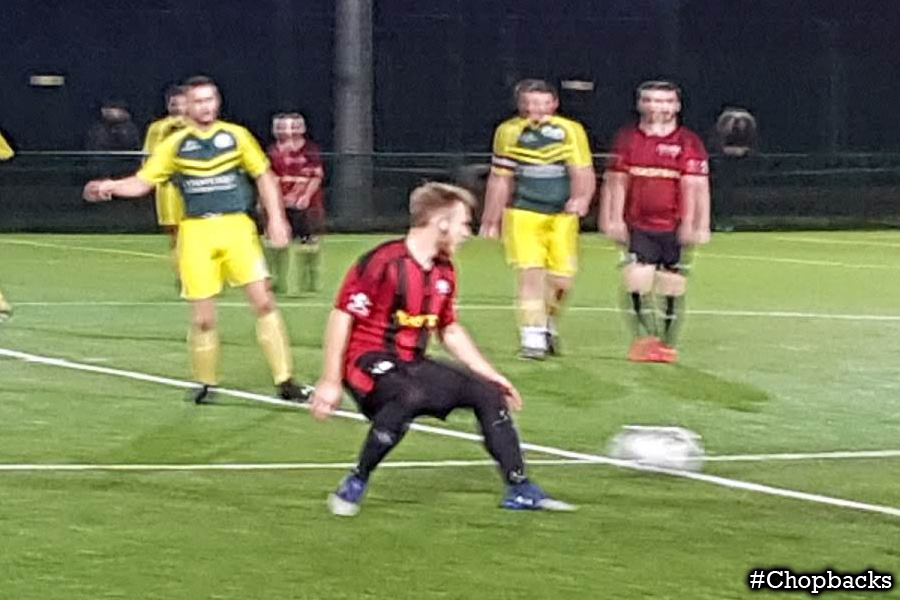 Westfield were set up in a very organised manner with the intention to defend and play on the counter attack making it difficult for the Chopbacks to find their way through.

However on the 25 minute mark a cross from the right hand side looped dangerously in the box and Westfield were only able to half clear the ball to fall to a lurking Jack Bloomfield who took a touch and then curled from 20 yards into the corner of the net to open the scoring, he would have enjoyed that goal.

In true South Coast fashion the team suddenly kicked into gear and eagerly surged for a quick second goal which took them just 4 minutes to find. 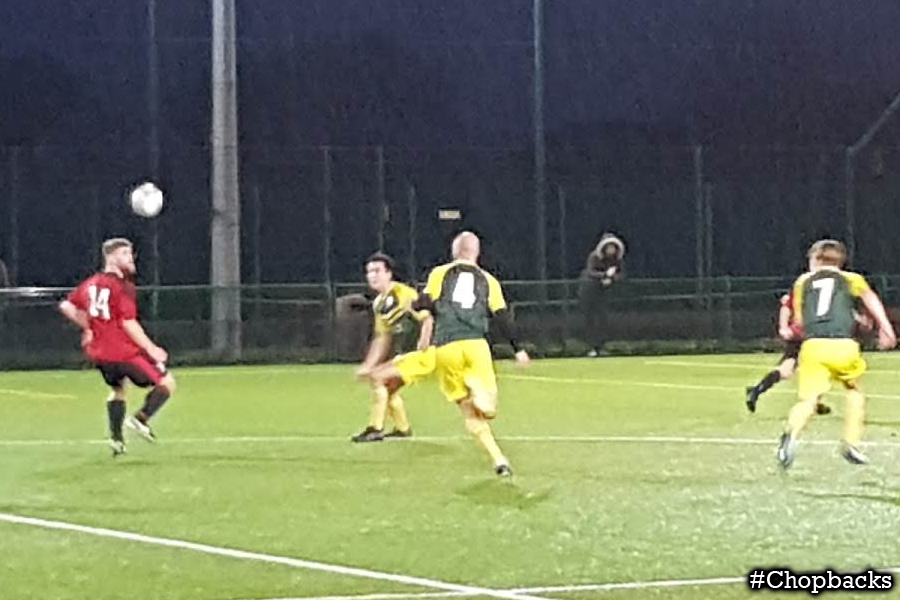 Brad Owens disposed a Westfield defender raced clear through on goal, despite the keeper doing his best to narrow the angle Brad easily slotted home to double the lead on the 29th Minute.

The remainder of the half consisted of South Coast happy to play the ball about inviting pressure from the hosts which led to a couple of hard challenges. 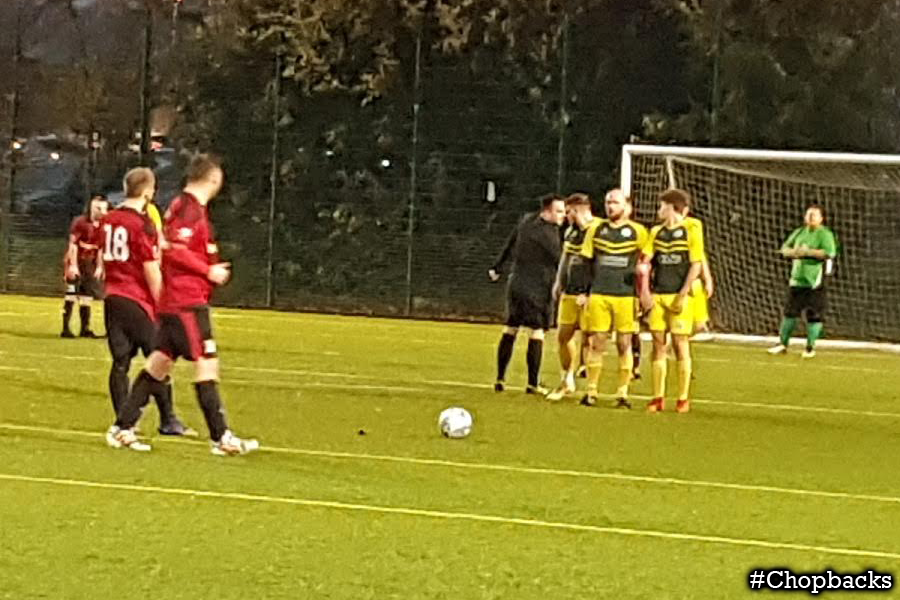 Connor Smith was then flattened on the edge of the Westfield box on the 45 minute mark.

This angered captain Dayle McGurk who confronted the referee about the foul and resulted in him being sin binned for his input.

Tempers got the best of the staff and Tyler Hughes found himself being given a talking to after voicing his opinions about the decision. 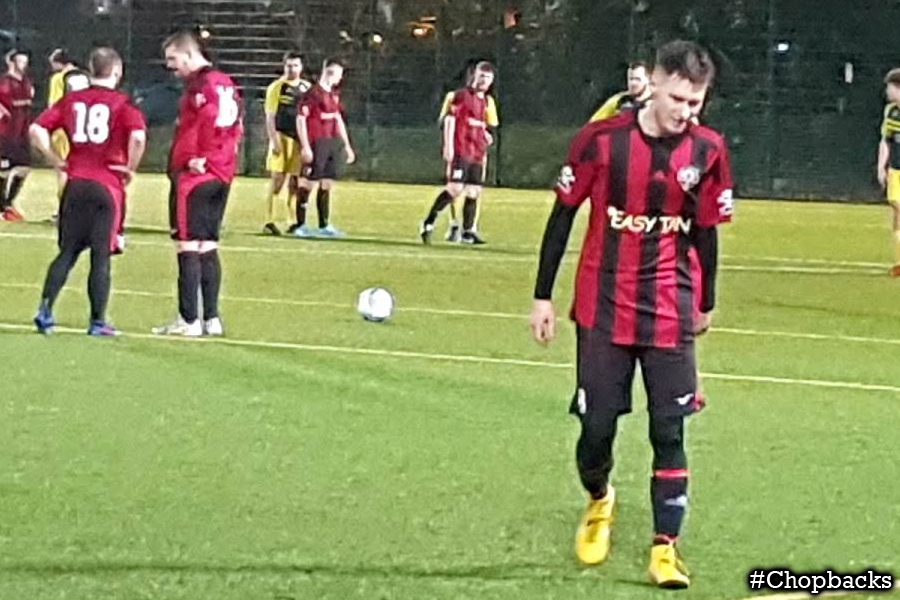 The half finished with both teams clearly looking frustrated for different reasons.

Due to Dayle being sin binned for the first 10 minutes of the second half Sam Cook was forced to make a change bringing on Will Rist to fill in at centre back until the captain was allowed back on the pitch.

After just 6 minutes of being on the pitch Will Rist found himself involved in controversy when the Chopbacks lost possession and Westfield were on the attack. 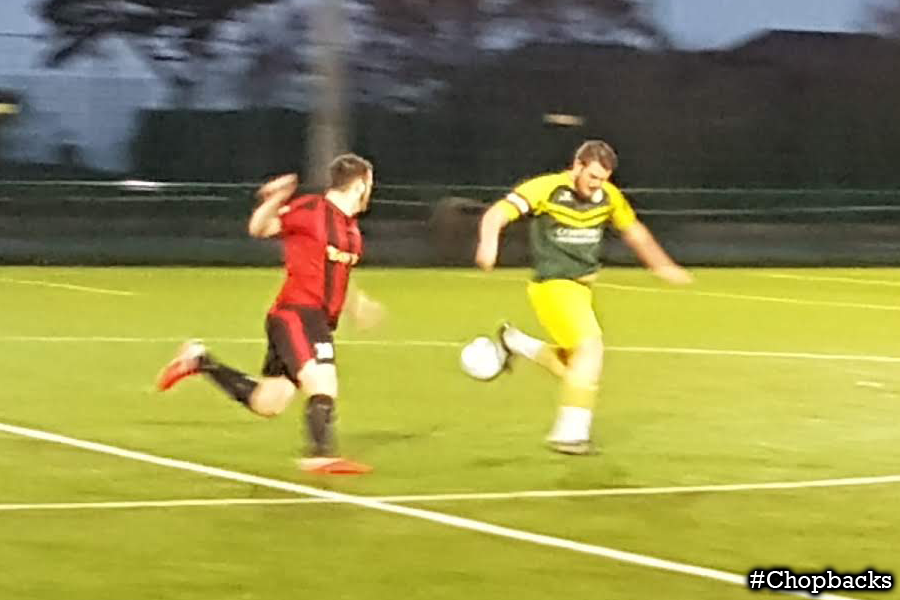 Will made the initial tackle but when the ball fell lose he lunged at the ball with both feet off the ground to clear.

A red card followed and the Chopbacks were now down to 9 men until Dayle McGurk was allowed back on the pitch on the 55 minute mark. 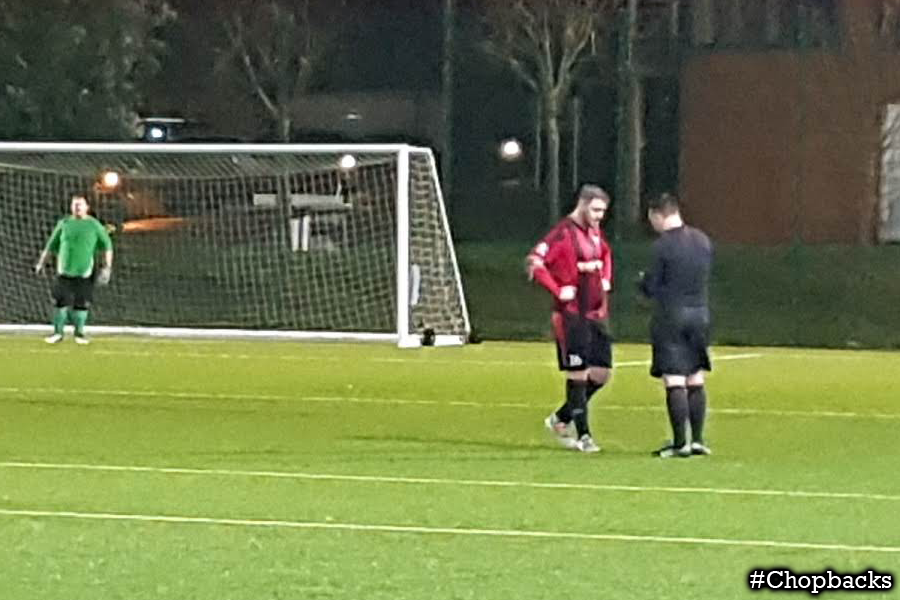 Despite playing with less players the Chopbacks were the only team that looked like scoring and had a chance when Connor Easton looked to beat the last defender which would have seen him clean through had he not have been brought down.

A yellow card was shown, by this time both Sam Cook & Jon Harrigan were going berserk on the touchline.

Attack after attack followed with Westfield defending narrow and happy to clear high up the pitch each time, substitute Lewis Crowther not only managed to stay on the pitch on his first game back from his red card but also came close to scoring in the last few minutes. 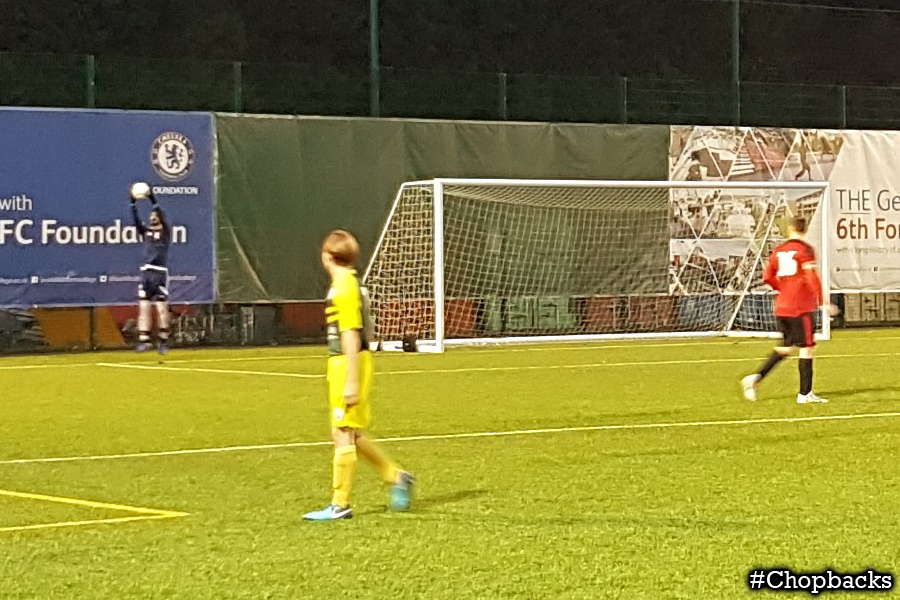 Connor Easton worked his socks off all game and really deserved a goal for his efforts which he nearly got on the 85th minute but for the shot being blocked by the 3 defenders all surrounding him, he’ll take it as a compliment that so many players felt the need to surround him in order to stop him.

The game ended 2-0 with another clean sheet and despite playing half the match with 10 men the Chopbacks still looked dangerous throughout.

Next up in the league is another return fixture, this time away to Wittersham who since their opening day defeat to the Chopbacks have not lost a game since. 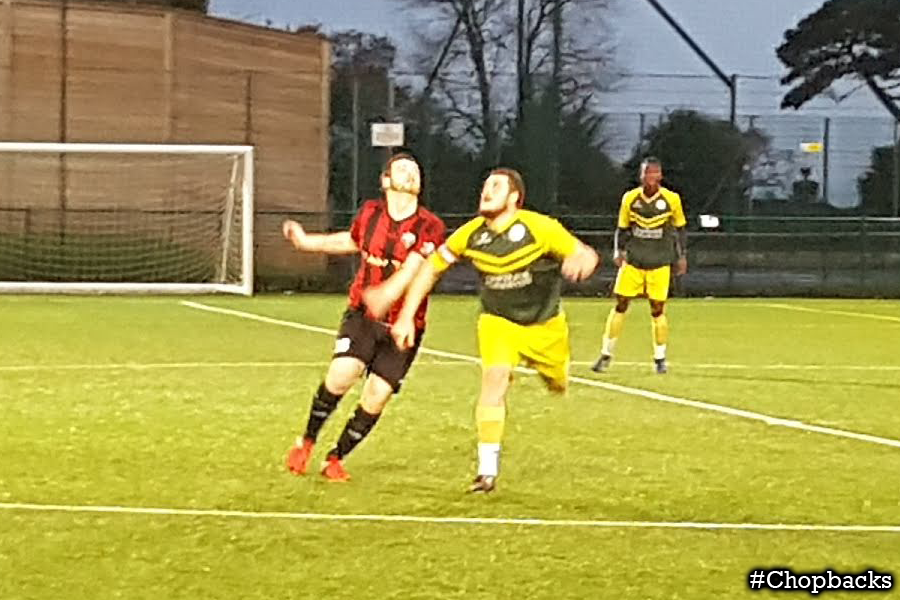 “Really happy for the lads today, showed real quality throughout the game even playing a half with 10 men.

Just shows hard work pays off, makes my life so easy and these lads want it this year.”