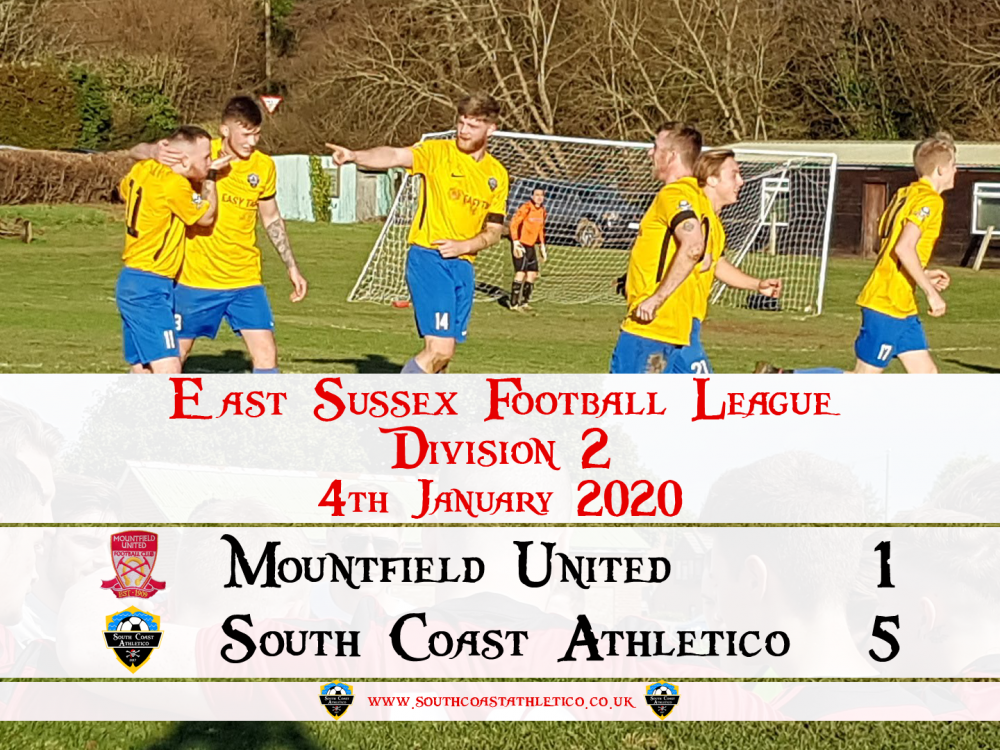 After a 4 week break over the holiday season the Chopbacks were back in action away to Mountfield Utd in the league.

Before the match, both teams observed a minutes silence for fellow squad member Will Rist who sadly lost his partner over the holiday period, our thoughts go out to him and his family during what must be a very tough time right now. 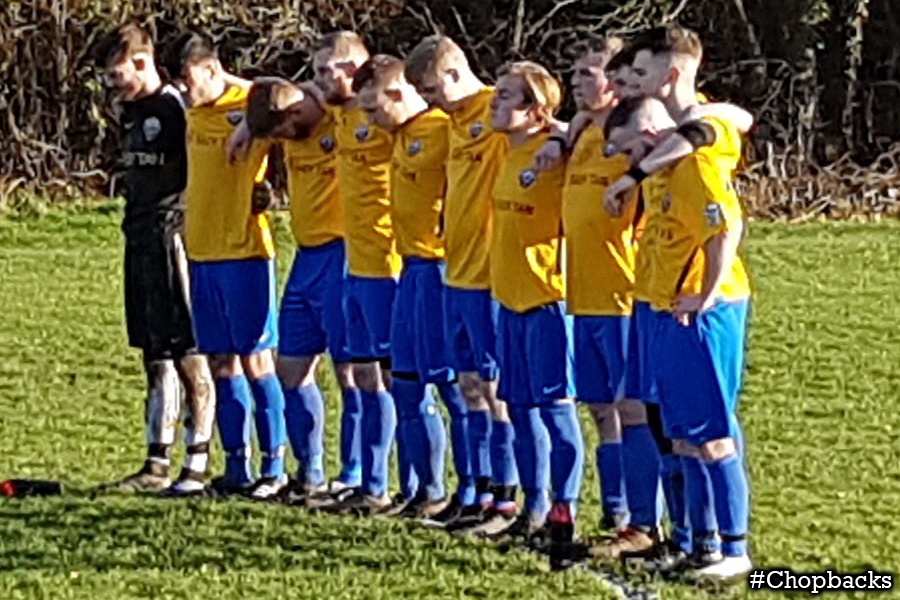 Midway through the first half Brad Owens had gambled on a loose ball by the corner flag and took on 4 players before crossing for JJ Beaumont to strike in off the post to open the scoring.

Ryan Fuller sustained an ankle injury near the end of the half and had to be replaced by debutante Eduard Czeller. 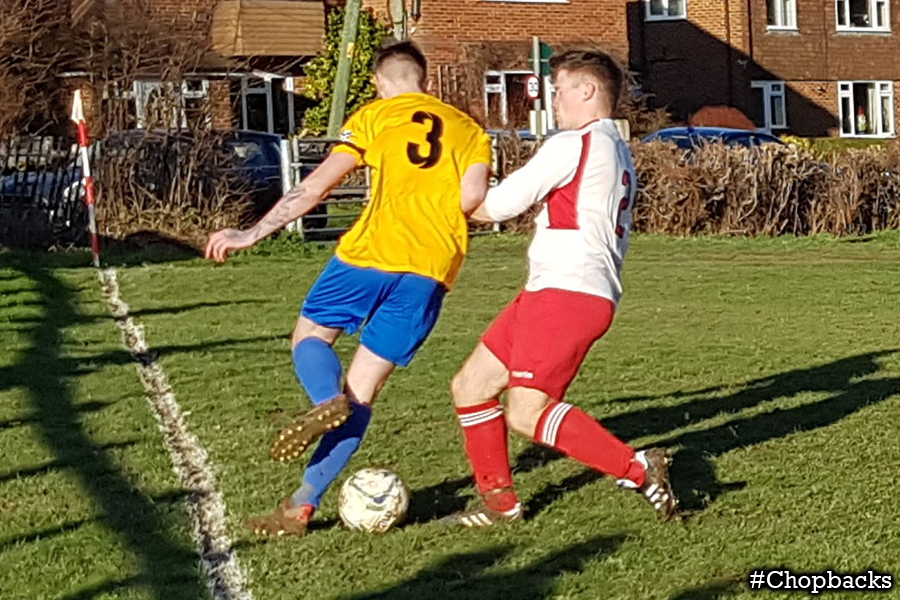 With barely a minute left on the clock before half time Eduard Czeller wriggled his way past 2 defenders and struck low and hard at the inside post where the keeper made the initial safe but couldn’t hold onto the ball as it slipped through his hands and rolled into the net.

The second half started in explosive fashion as the Chopbacks were hungry for more goals. 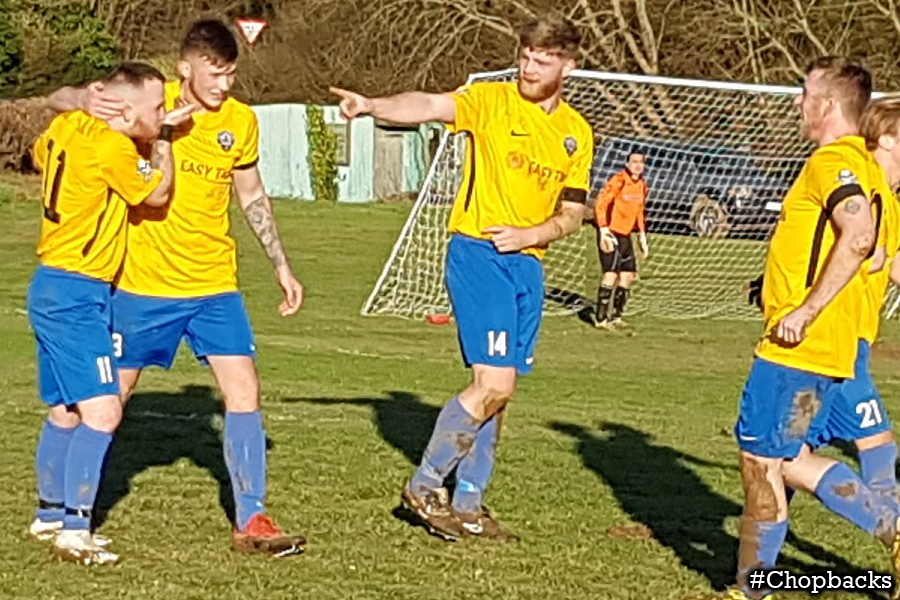 Connor Smith picked up the ball on the half way line and ran through 3 defenders before releasing the ball for Eduard Czeller to strike, the keeper managed to save but only for the ball to fall into the path of Tyler Smith to tap home the easiest of finishes.

The Chopbacks switched off defensively and a minute later gave away a penalty which Mountfield dispatched to bring the score to 3-1. 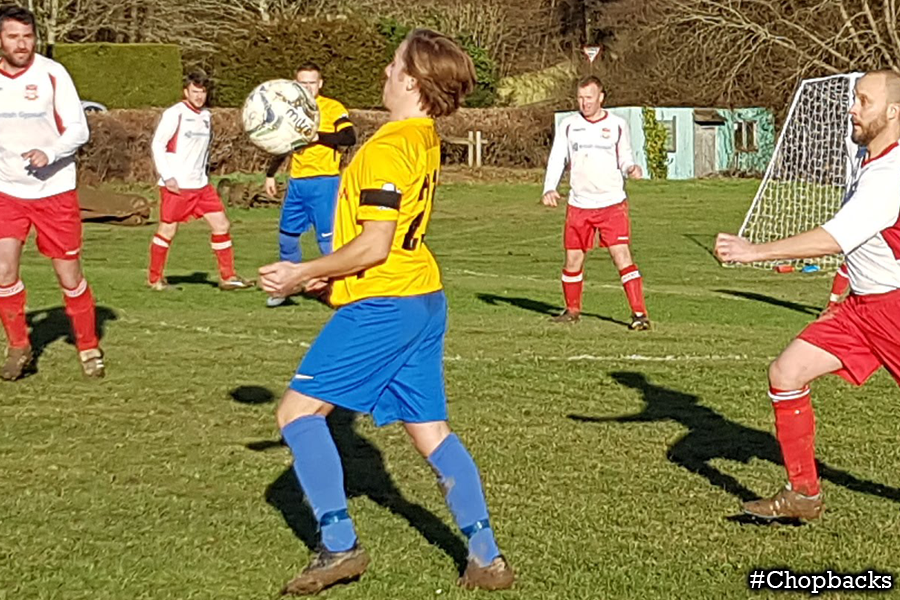 A few minutes later Connor Smith was at it again, this time playing a long diagonal ball through the centre of the Mountfield defence to find Tyler Smith who had to take a first touch to avoid the on rushing keeper and then was able to tap home.

Eduard Czeller continued to be a menace and whilst running into the box was taken down for a penalty. 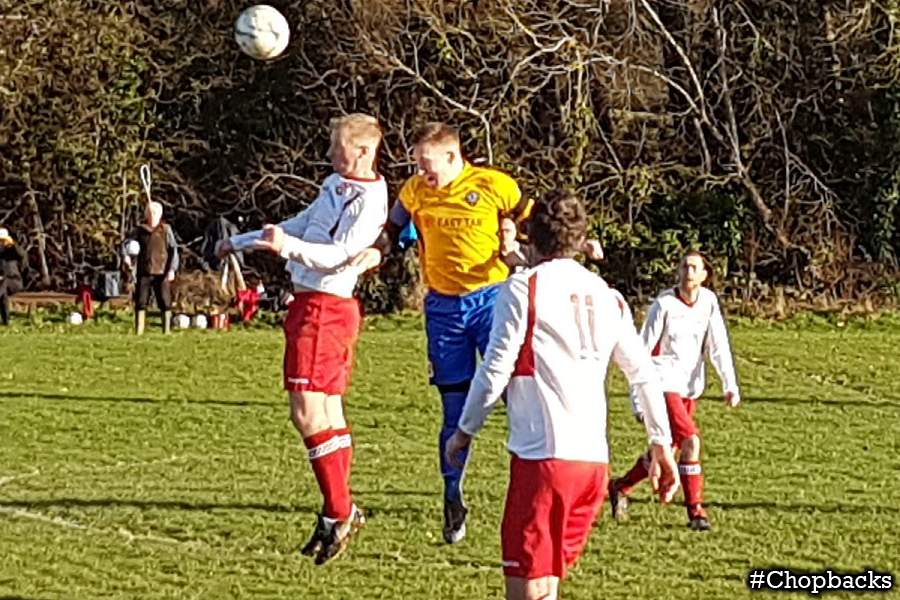 Lee Finnigan gracefully gave up taking the penalty for Tyler Smith to score and get his hattrick which he did just that.

The final score ended 5-1 to Chopbacks on what proved to be a very testing playing surface. 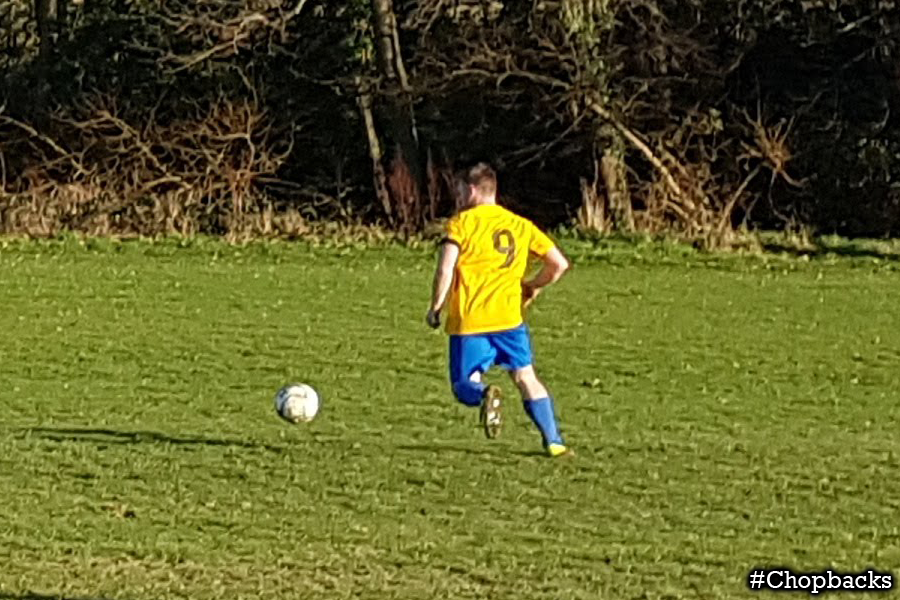 “I’m so proud of the lads today, we had no recognised centre backs today and a couple of players were out of position but everyone dug in and did what was asked. 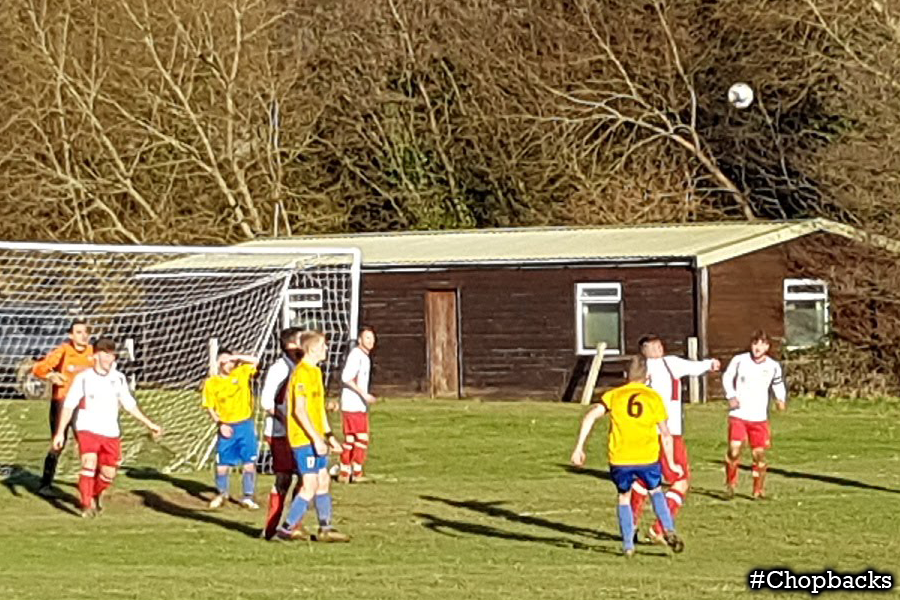