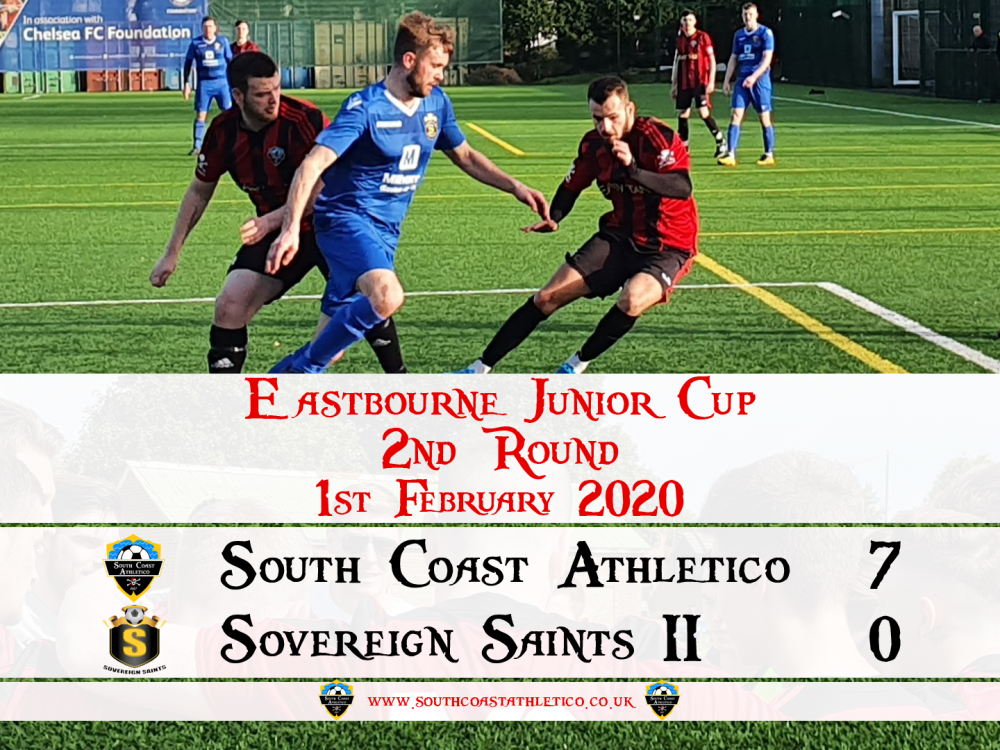 After the disappointment of dropping points in last weekends league game the Chopbacks were back in cup action looking to secure a first semi final of the season against Sovereign Saints II in the Eastbourne Junior Cup.

The game couldn’t have started any better when Tyler Smith put through for Connor Easton to score after just 19 seconds, a new club record.

Sovereign Saints II were rocked and tried to gather themselves managing to keep back the onslaught of South Coast attacks until the 19th minute when Tyler Smith then jumped highest to head home a second goal.

Brad Owens made it 3 on the 38 minute mark when from 35 yards out in midfield he caught the keeper napping and produced an impressive lobbed shot. 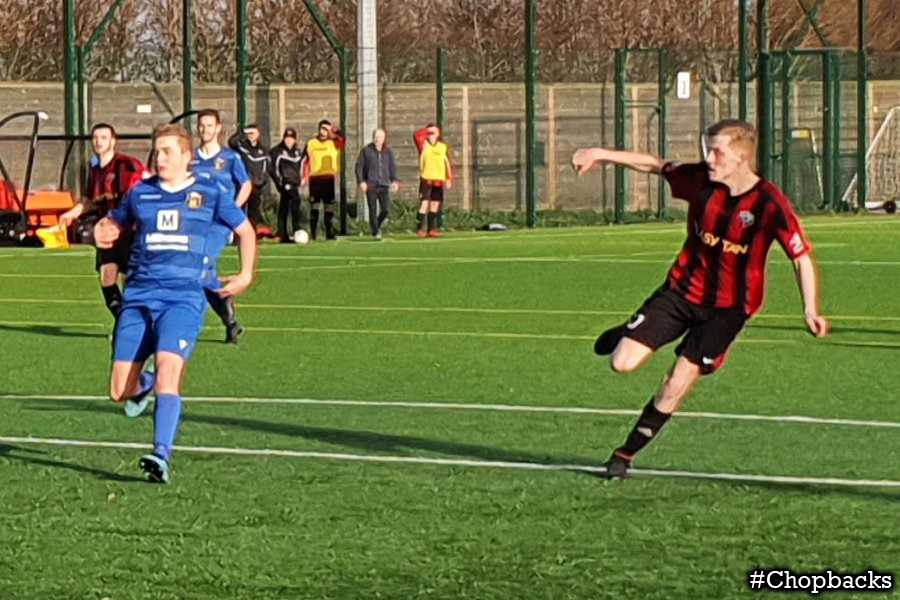 The second half started how the first ended with the Chopbacks hungry for more goals and on the 51st minute Syd Moffat-Bailey ran through the Saints defence to slot home number 4 of the match.

4 minutes later and Connor Easton split the Saints defence with a precise through ball for Eduard Czeller to go one on one with the keeper of which he dispatched with ease to make it 5. 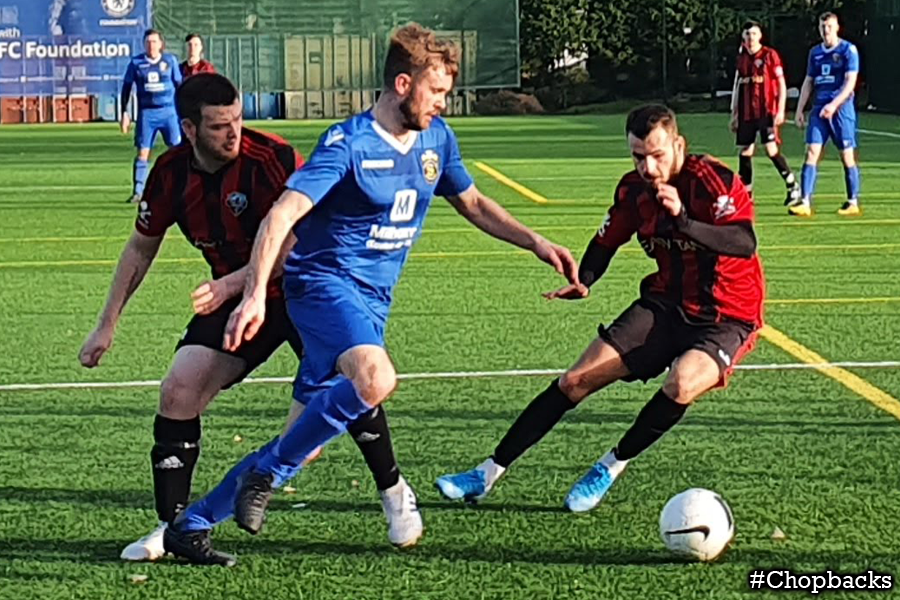 3 minutes later and Eduard Czeller turned provider crossing from the byline for Connor Easton to rifle home from close range making it 6.

With multiple substitutions being made to rest players the game settled down a bit but there was still time for one more goal coming from midfielder Brad Owens striking home a 25 yard free kick to bring the goal tally to 7. 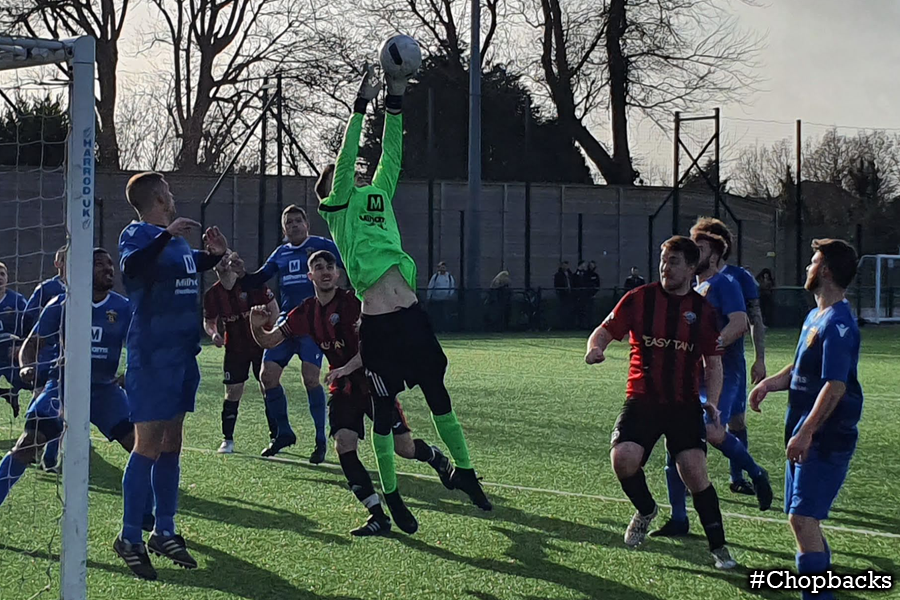 All credit to Sovereign Saints II players and staff who did not give up through the entire match and were true sportsmen from start to finish.

The game ended 7-0 and the Chopbacks await to find out their opponents in the semi final. 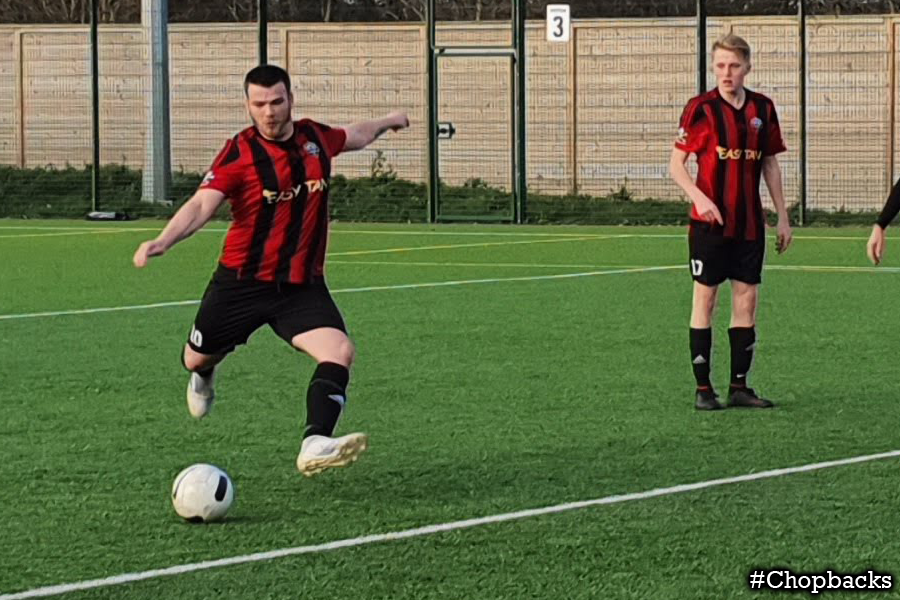