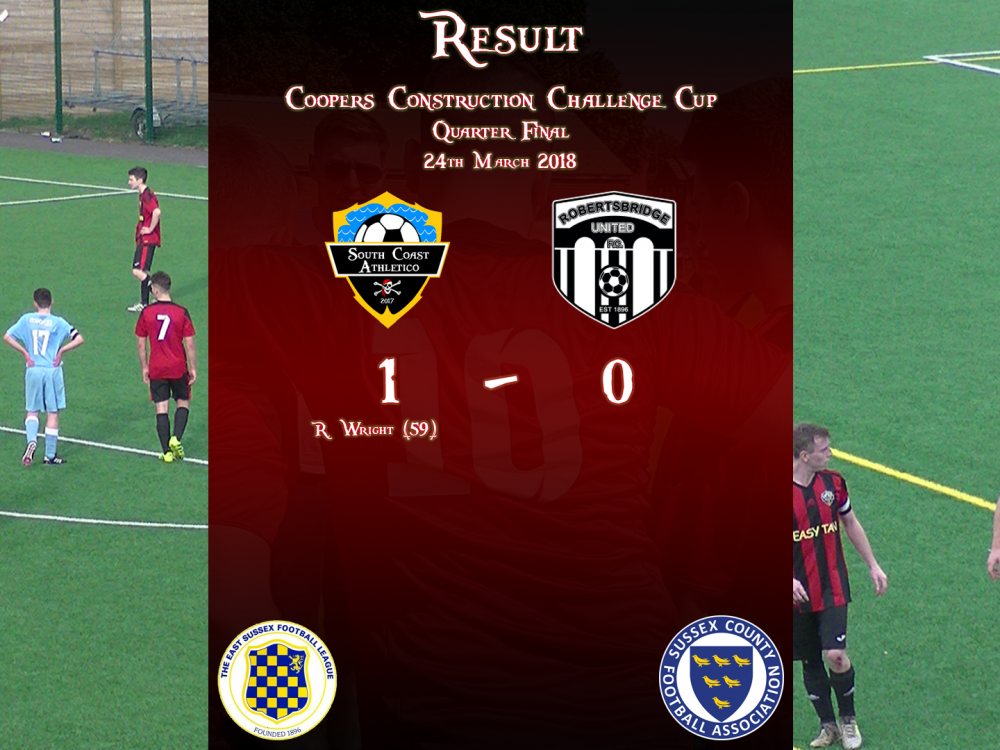 The Chopbacks finally got the go ahead for their long awaited cup fixture against Robertsbridge 2nd team, setting up in a 3-5-2 for only the second time this season.

After the 15 minute mark the Chopbacks began to grab control of the game and started making inroads into the Robertsbridge area, Connor Easton forced the Robertsbridge keeper into making a fantastic stop at the edge of the box as the striker tried to round him and minutes later the keeper was again called upon to stop Ryan Wright scoring from the edge of the box with a header which seemed destined to hit the back of the net.

A shake up in positions saw the side adopt a 4-3-3 to add a little more with in the upper flanks and it soon started showing rewards, a number of half chances were created and Robertsbridge were lucky not to concede a penalty when first, Captain Lee Finnigan was bundled over from behind and a few minutes later Connor Easton was tripped from behind when staring at an open goal.

With the pressure mounting Robertsbridge were finally broken as Connor Easton won the ball in the corner before pushing himself into the box and laying off for Ryan Wright who bagged the only goal of the game.

Ben Tate who’d hardly been tested was called into action late in the game needing to perform an acrobatic save as the ball looped towards the top corner, The Cat leaped and firmly pushed the ball wide of the posts to keep the Chopbacks in front.

Robertsbridge were left with 10 men to finish the game as Connor Easton was again tripped from behind when through on goal giving the ref no other option but to show the Red card.

A 1-0 win for South Coast means a semi final game against Hampden Park next week who will provide a stern test of the Chopbacks resolve.