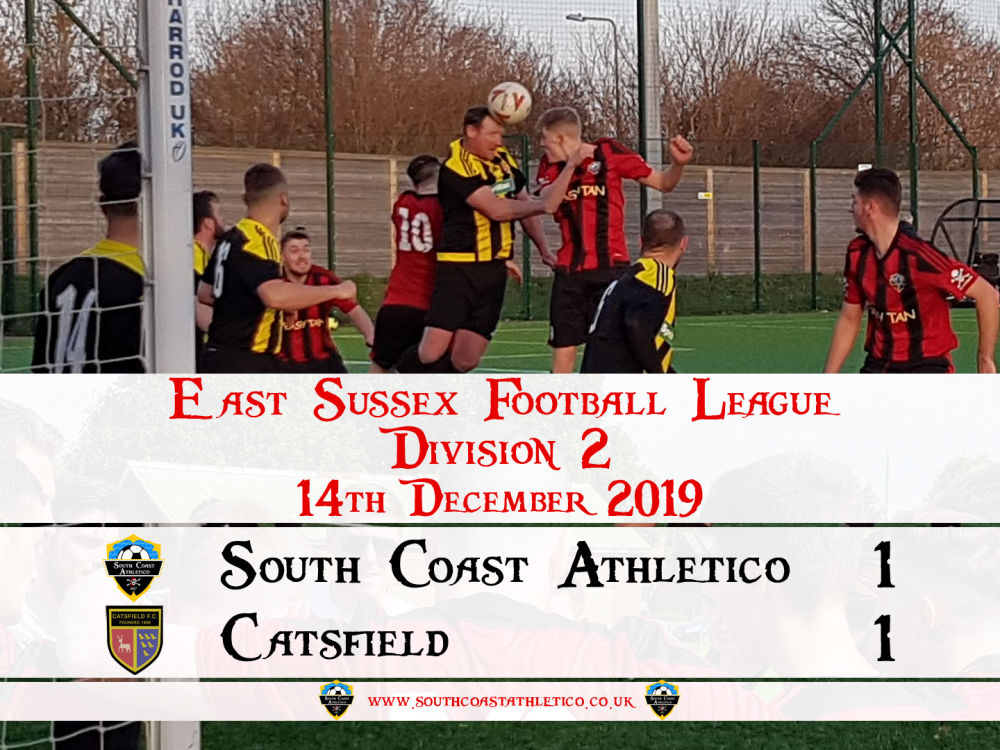 After 2 weeks off the Chopbacks were back in league action against fellow promotion favourites Catsfield.

The Chopbacks dominated the majority of the first half from start to finish.

A Chopbacks goal was disallowed early on as the official couldn’t be sure if the ball had crossed line or not. 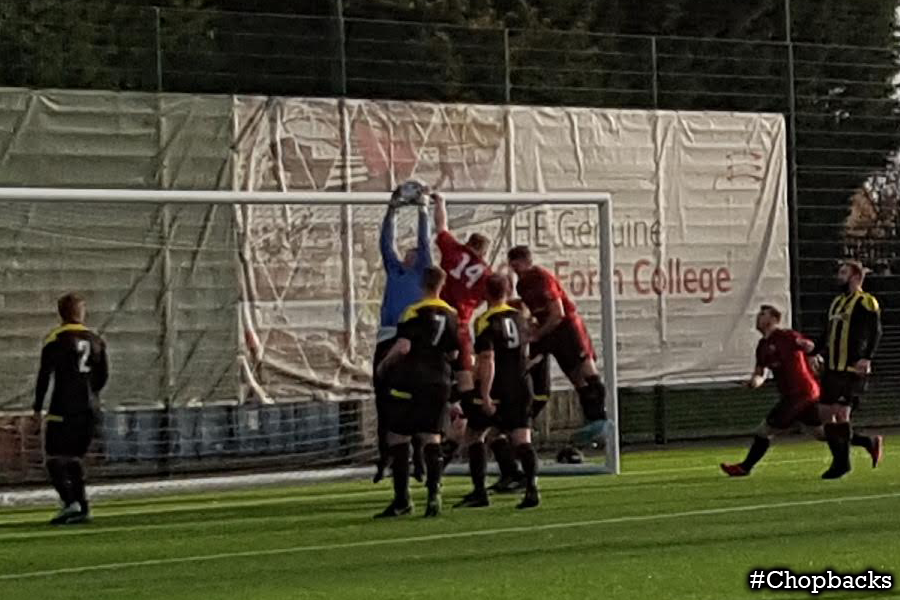 Connor Easton found himself one on one and despite managing to outsmart the keeper was unable to score due to the Catsfield defence managing to get back to crowd out the goal.

Brad Owens put in corner after corner during the first half but unfortunately nobody was ever quite able to get on the end of any of them.

Connor Easton found himself through on goal again late on but due to the ball bouncing awkwardly was unable to connect properly from the edge of the 6 yard box and the keeper was able to save. 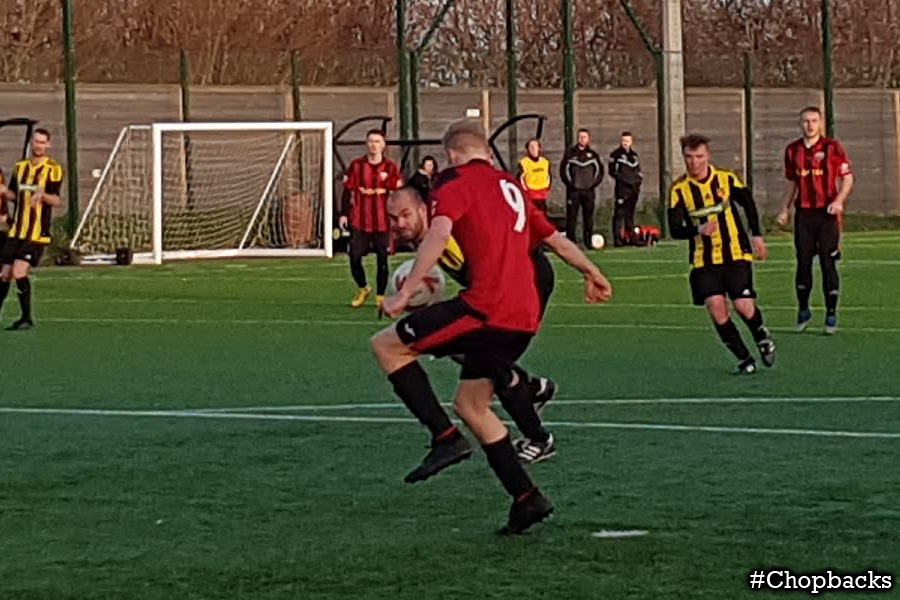 The second half started explosively with JJ Beaumont going up for a header with a Catsfield defender which resulted in him falling to the floor immediately afterwards unconscious.

There was a big break in the game whilst club medic Mick Smith attended him whilst an ambulance was called.

The Catsfield defender also had an injury that would later require 5 stitches. 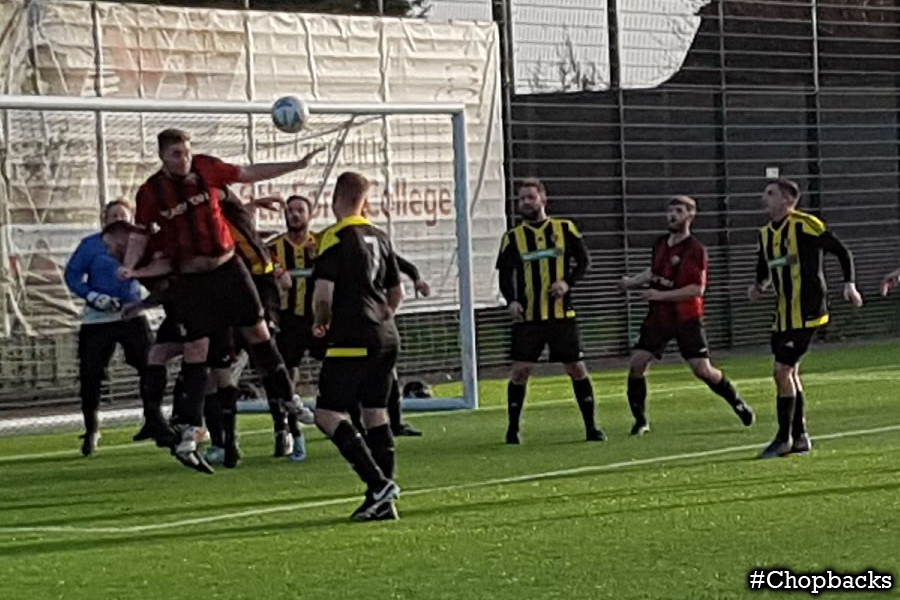 With JJ off the pitch and being treated by the paramedics the game resumed at a high tempo.

Brad Owens managed to put through Connor Easton with a defence splitting through ball and the Striker made no mistake by slotting home.

Shortly afterwards Catsfield were awarded a penalty for a handball but Ben Tate was able to save the resulting penalty. 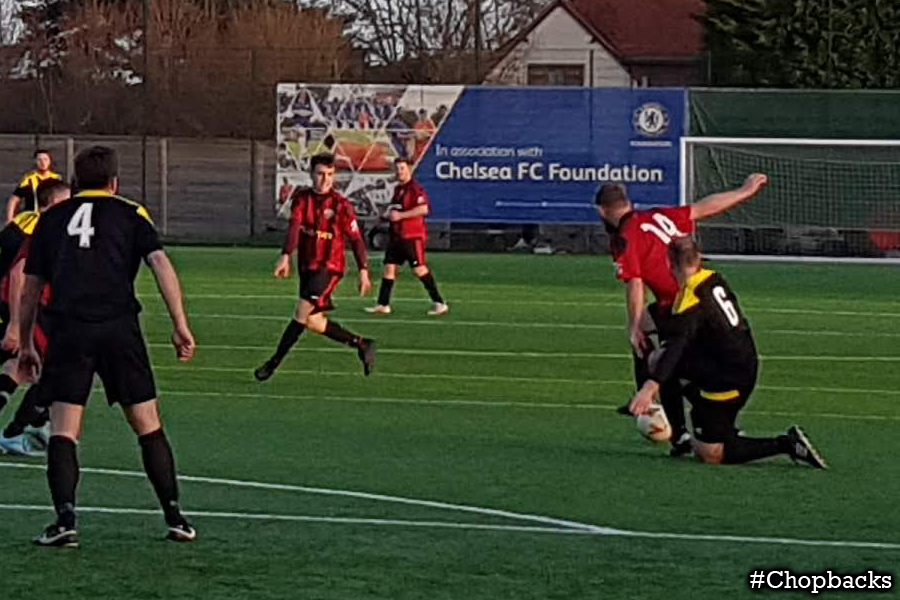 However Catsfield managed to capitalize on a rare defensive mistake to equalize from a failed clearance.

The Chopbacks pushed for a late winner with Connor Easton through again on goal but the angle and chasing defender causing him to shoot just wide.

Honours even at full time, it felt like a loss but the team will take heart from the fact we’ve not allowed a team around us to gain extra points over us. 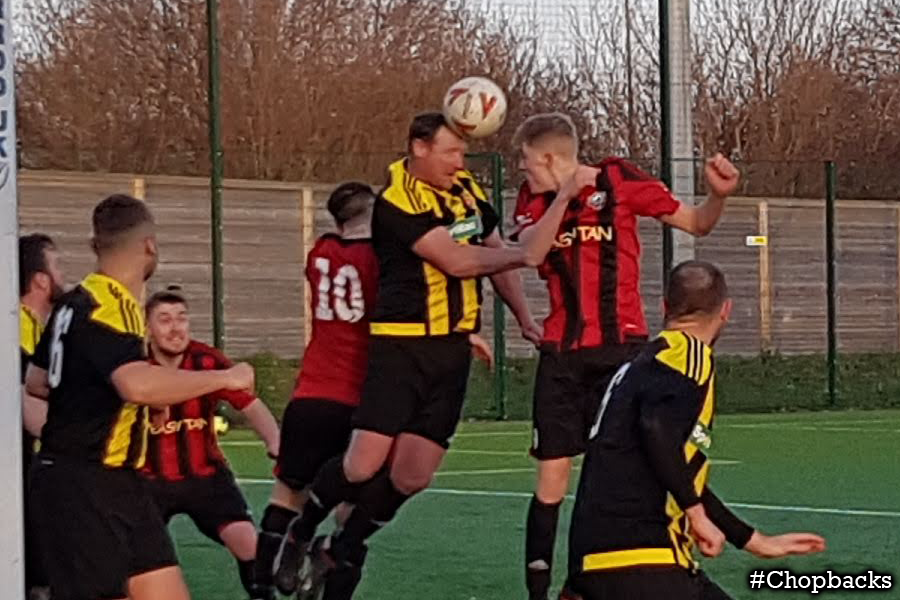