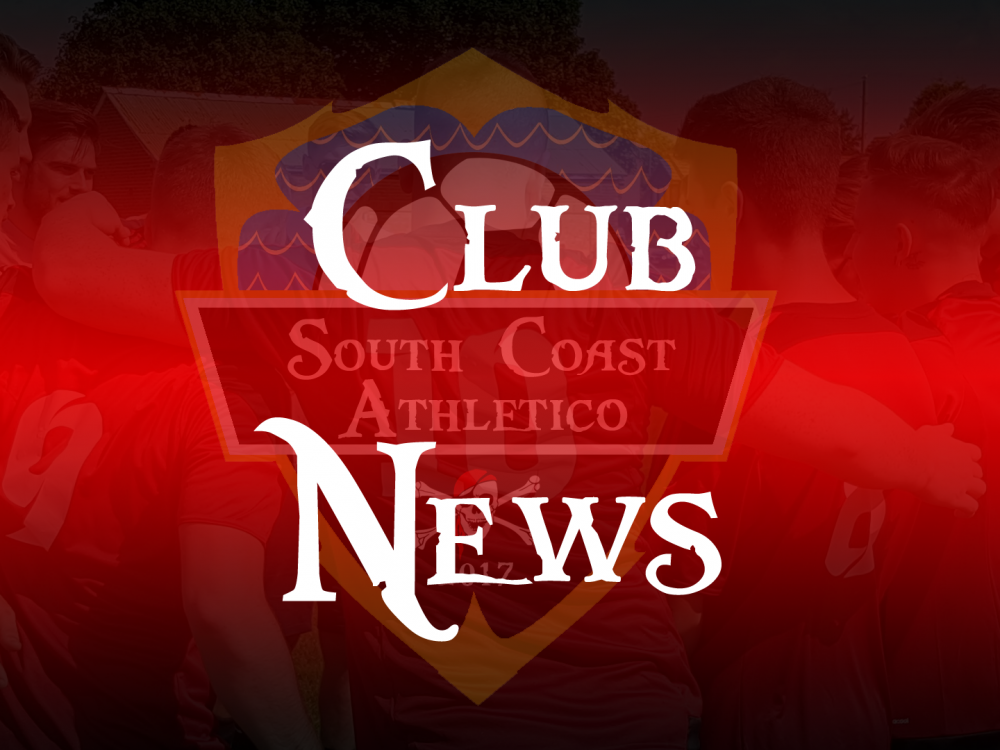 South Coast Athletico unreservedly apologise for an administrative error within the club that has seen us disqualified from the Coopers Construction Challenge Cup final.

After the clubs 5-1 win over Hampden Park in the semi-final last weekend it became clear that four of our players were not actually eligible to have played the challenge cup match. On Friday the club was notified that it had been disqualified from the competition and fined. The rules state that in a semi-final match those playing must have played a minimum of five previous games for their club.

The ineligible players were: Ryan Wright, Harry Jackson, Mike Hawley and Bradley Owens, all of whom signed for the club at the beginning of the calendar year but didn’t play enough games to be eligible to appear in our Semi Final match.

We are devastated and we acknowledge the fault was entirely ours. We are a relatively new team and we simply didn’t fully appreciate the finer detail of the rules for this competition. Matters have been further complicated by recent poor weather which has seen matches postponed and rearranged, we simply weren’t fully on top of our administration and we will ensure that never happens again.

This is a huge blow to the players, our growing band of supporters – indeed for everyone involved with the club. We offer the East Sussex Football League and the other teams in the league our sincerest apologies for this major oversight on our part. All we can do is to assure the teams we compete against that we will pay greater attention to the detail of the rulebook in future.