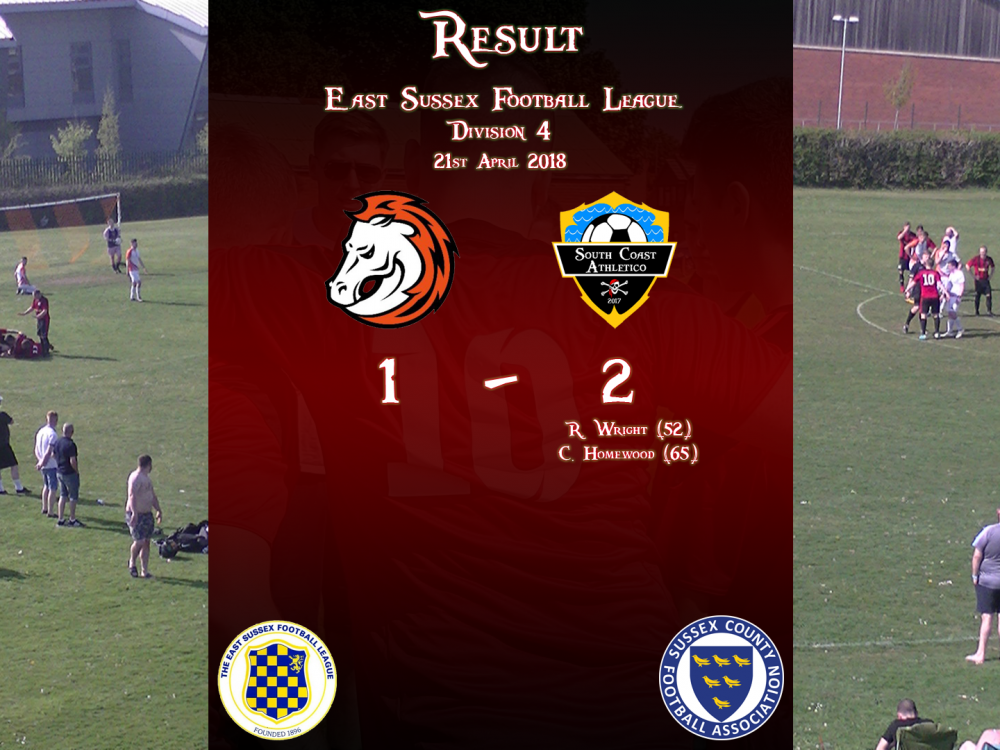 On a sweltering Saturday afternoon the Chopbacks travelled to Gunters lane where Bexhill Broncos had gone unbeaten in the league all season, the battle for third spot was well and truly on.

The game started off quietly, both teams trying to poke holes in each others defence without anyone really creating a clear cut chance, former South Coast midfielder Jack Harris who was now wearing Bronco colours tried pulling the strings for Bexhill but the Coast defence were more than up for anything they had thrown at them.

The first flashpoint arrived after 15 minutes as Connor Smith‘s hefty challenge put the Broncos striker on the floor in the box, a lack of concentration drew defensive rock Dayle McGurk into action as he threw himself into a tackle to stop the cross coming in.

The tackle left the defender on the floor requiring treatment and it was only 5 minutes later the change had to be made.

Brad Owens came on for the injured defender with Wayne March now dropping back into his usual centre half role.

With only a few forceful challenges going in from both sides it was a quiet affair and the half ended 0-0.

The second half began in the worst possible way as the Broncos were awarded a penalty, Ben Tate was less than inches from getting his fingers to the ball but unfortunately the ball hit the back of the net and the Chopbacks found themselves behind.

With third spot now in the Broncos court, South Coast went for broke, grabbing hold of the ball they moved it quickly and purposefully looking to pull a tiring Broncos side out of position.

After a few charges at Bexhills goal the sort of luck that had evaded South Coast in recent weeks was on their side as a 50/50 offside call went their way when Ryan Wright ran through to push the ball into the corner to pull the Chopbacks level.

A rejuvenated South Coast weren’t finished yet and after a few half chances the ball dropped in the Broncos box, nobody seemed able to clear or score until the ball landed at the feet of Callum Homewood, scooping the ball into the air the crowd fell silent, travelling through players it hit the net and came to a rest behind the goal line.

The Broncos tried to up their game but the heat was taking its toll and the Chopbacks superior fitness as at other times this season was a deciding factor.

As much as Bexhill wanted it and as hard as they ran, The Chopbacks wanted it more.

A crunching tackle by Brad Owens sent the Broncos number 8 into the home crowd, Ryan Fuller put a stop to a Broncos attack with a sliding tackle, Ben Tate came rushing out to a through ball to recover.

Man of the Match
Callum Homewood