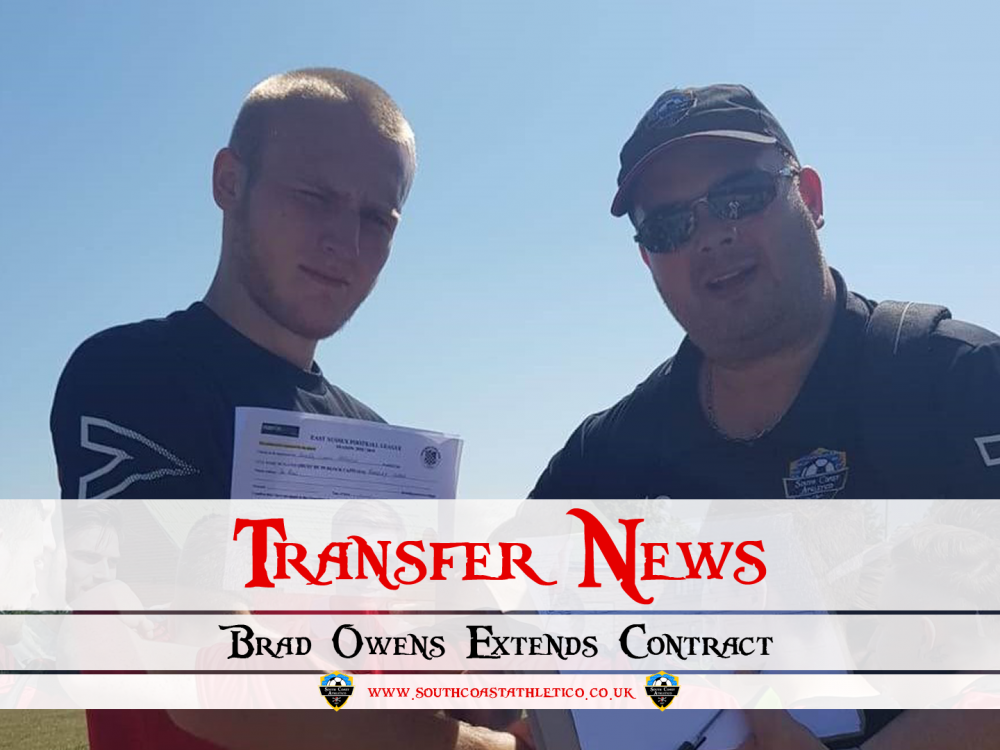 South Coast Athletico are pleased to announce that Brad Owens has put pen to paper and extended his stay with the club for the 2018/2019 Season. 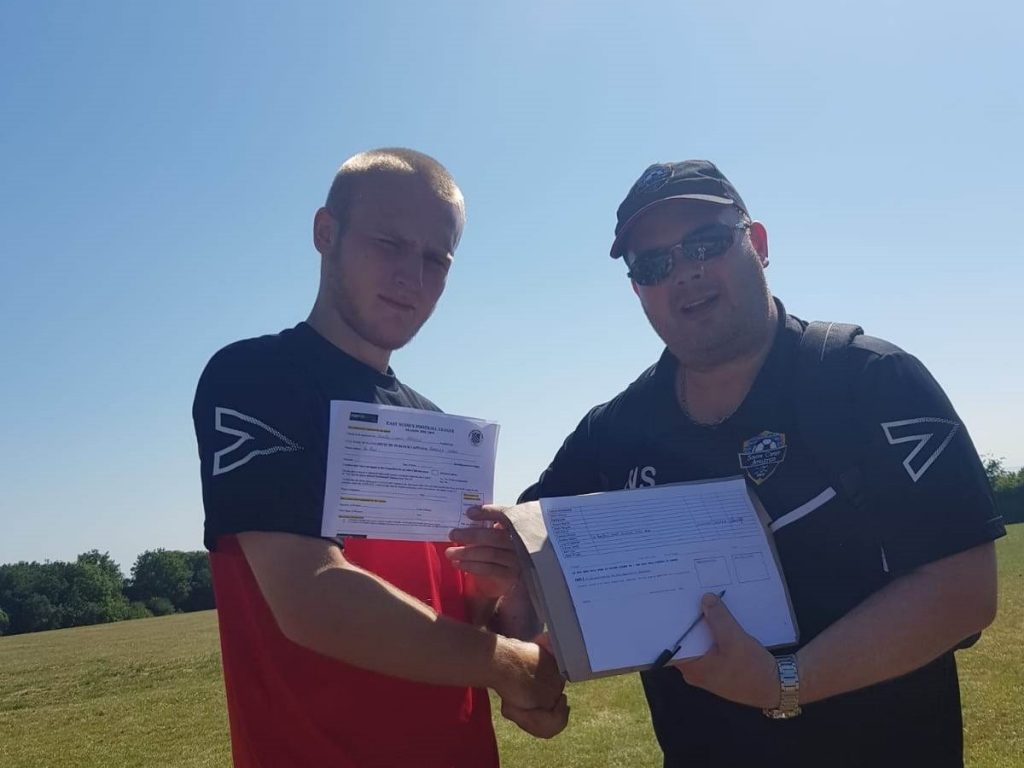 When speaking to Brad, he said:

“I would just like to says it’s a massive achievement to be able to stay for yet another year at this prestigious club.  I’d like to put all the transfer speculation to bed with the signing of this new contract”

He went on to say:

“Negotiations were intensive, yet productive over the course of a few minutes with the manager and back room team.  Unfortunately I didn’t get the win bonus clause into the contract but I’ve been promised that the number 8 shirt will be heading in my direction very soon… It’s coming home”

This is great news for the club, however I’m sure Connor Smith will have something to say about the number 8 shirt situation, having previously been promised it before preseason, could we possibly see a head to head battle for the number 8 shirt in the coming weeks?