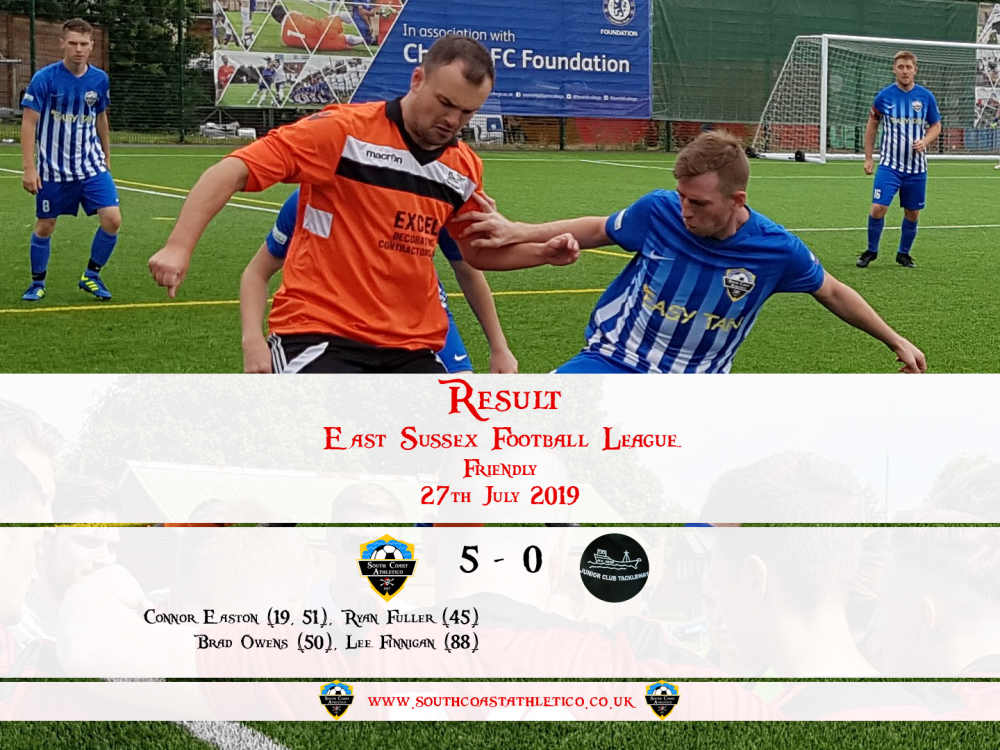 After returning to preseason training at the beginning of July, the Chopbacks played their first preseason friendly against last seasons Wisden Sports Quarter finalists, J.C Tackleway.

For his first game in charge, Chopbacks Manager Sam Cook along with Assistant Manager Luke O’Donnell were looking to rotate the squad during the game to give everyone as much game time as possible. 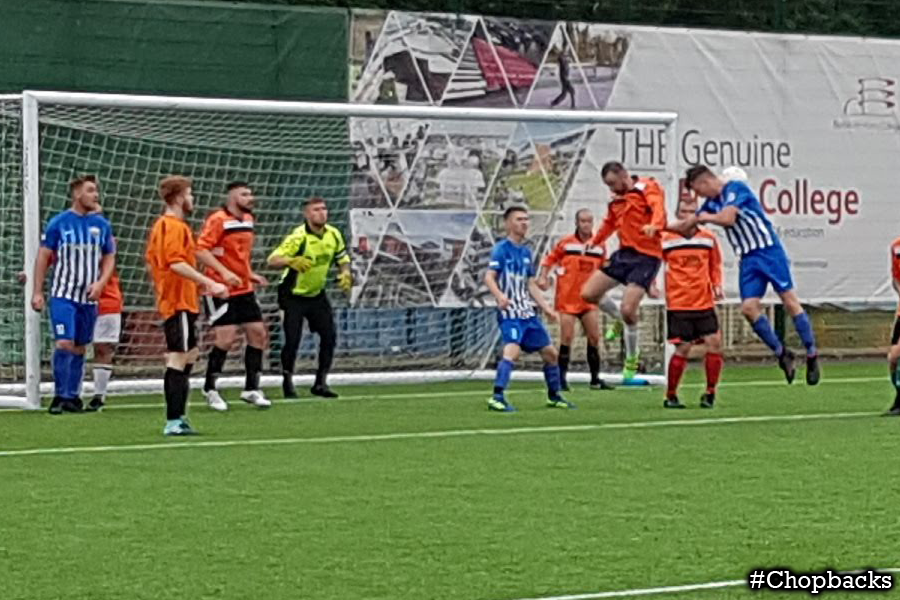 The first 15 minutes of the game were pretty tight with both teams stringing passes together but without really being able to test the others defensively.

Wingers Ryan Fuller & Tyler Smith both were fairly quiet to begin with whilst they found their way into the game. 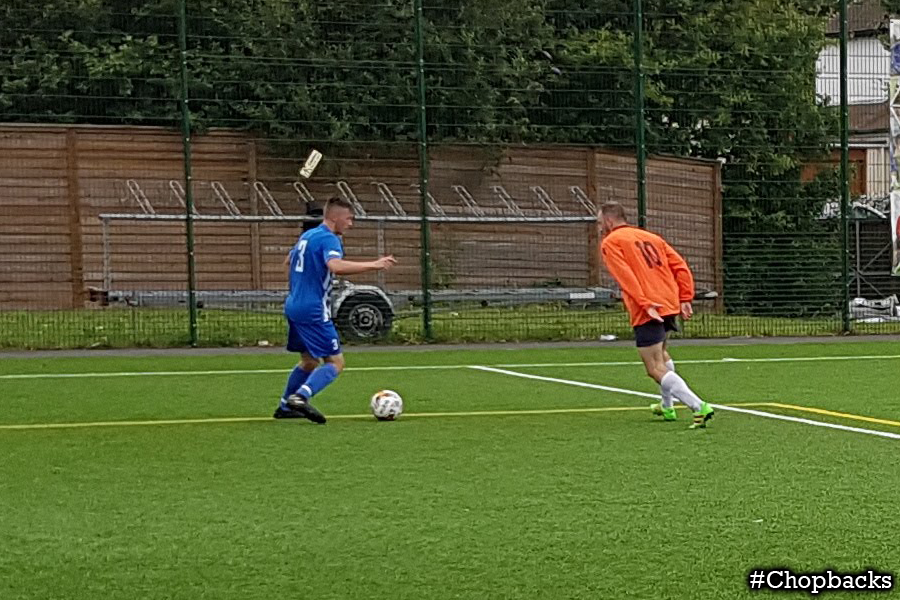 On the 19th minute, after comfortably saving a Tackleway attack, Ben Tate reacted quickly with hitting a long kick up the field for Connor Easton to control before running at the Tackleway defence before cooly slotting home into the bottom far corner giving the Chopbacks the lead.

The confidence suddenly increased and the likes of Brad Owens, Harry Jackson, Lee Finnigan & Byron Nichol were knocking the ball around within the middle of the park with some impressive quick exchanges forcing the opposition to work hard trying to win back the ball. 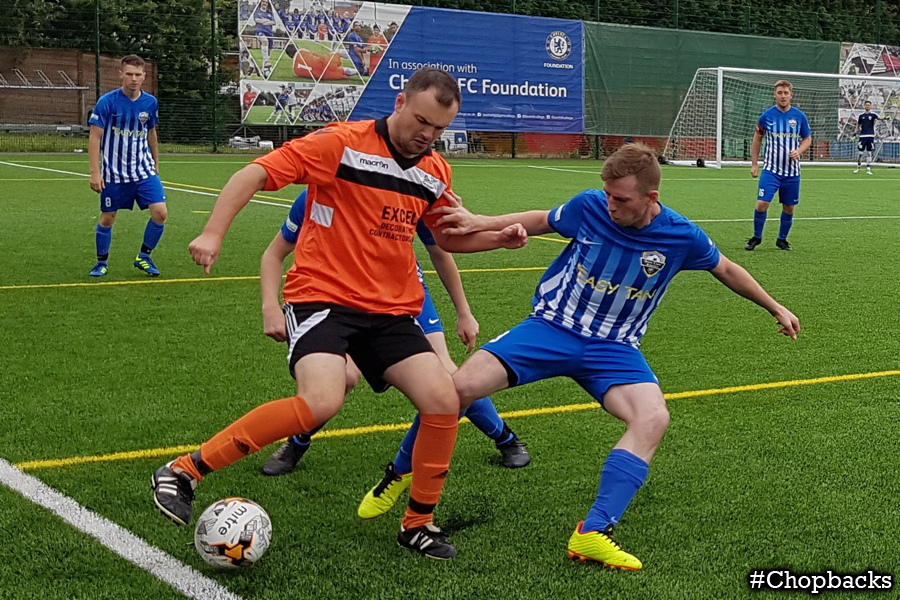 Ryan Fuller switched to the opposite wing and started to find a foothold in the game and was rewarded with almost the last kick of the half when he gambled on a Byron Nichol flighted through ball by heading over an onrushing keeper to make it 2-0 at half time.

The message from the management at half time was that of calm and concentration for the impending second half. 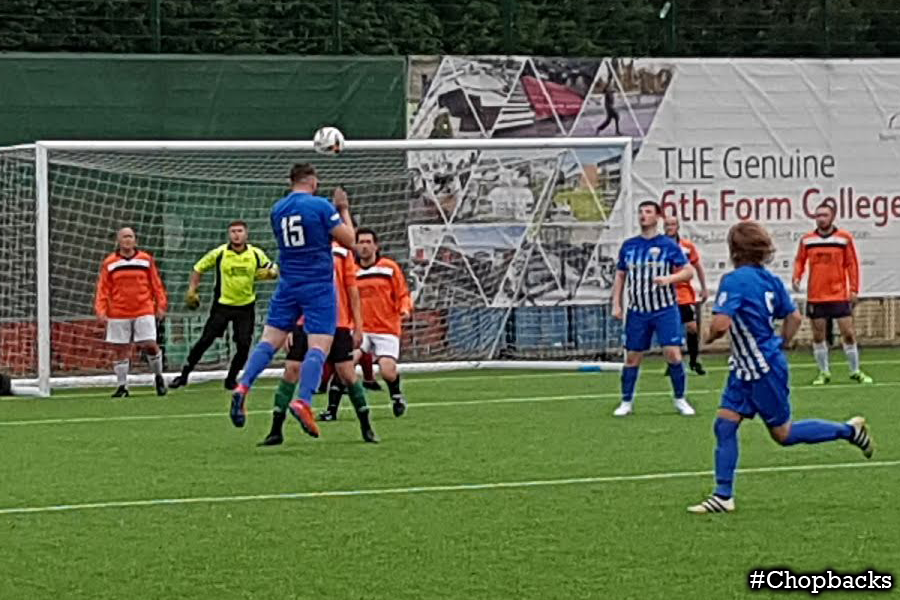 The Chopbacks started the second half with lightning pace, Tyler Smith constantly worried the Tackleway defence by running at their defenders with both pace and trickery.

On the 50th minute mark the Chopbacks won a corner from which Midfield Maestro Brad Owens stepped up and curled in a well aimed cross which the goalkeeper got a hand to but fumbled into his own net to make it 3-0. 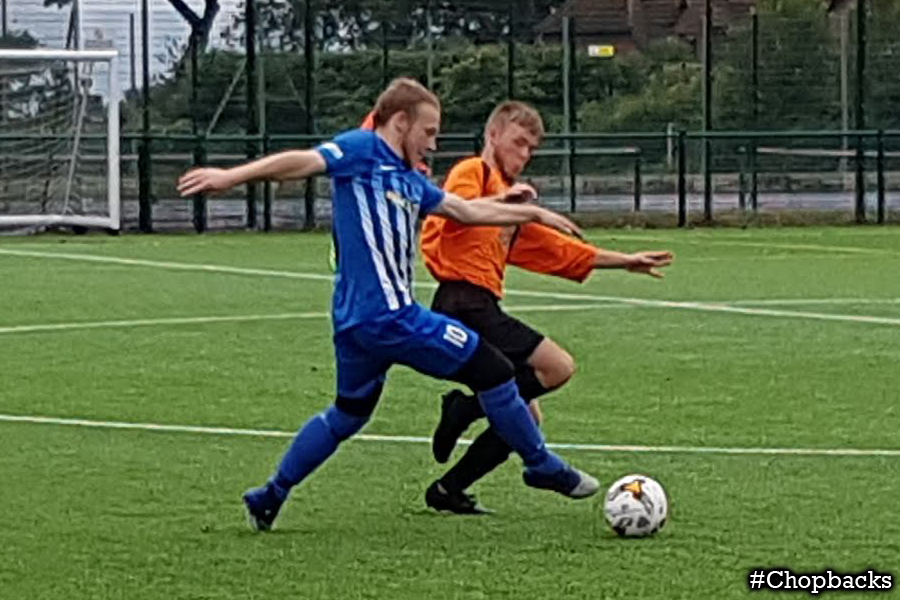 A minute later, Tyler Smith was running at the Tackleway defence before playing across a slightly fumbled ball for Connor Easton to tap home his second of the match making it 4-0.

The Chopbacks had another chance to score with Connor Easton playing through Tyler Smith to go one on one with the keeper, Tyler chose to go to the keepers inside post and the keeper got just about enough on the ball to steer it onto the post. 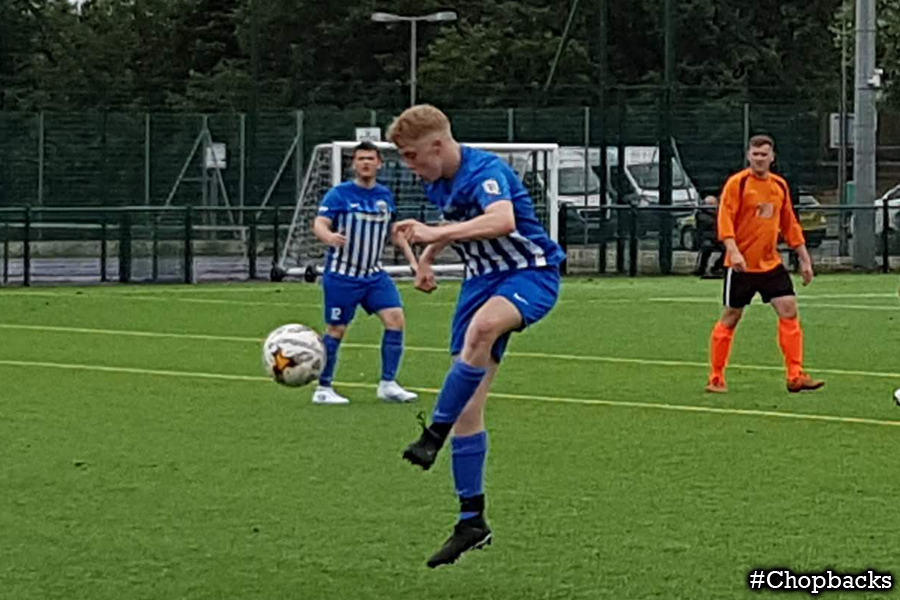 At the other end of the pitch a rare defensive mix up resulted in Tackleway getting a rare shot on goal from 18 yards which Ben Tate quickly reacted to with one of his renowned acrobatic saves to preserve his clean sheet.

Near the end of the match a multiple of 3 corners resulted in Tackleways keeper making a multitude of great saves to keep the score down. 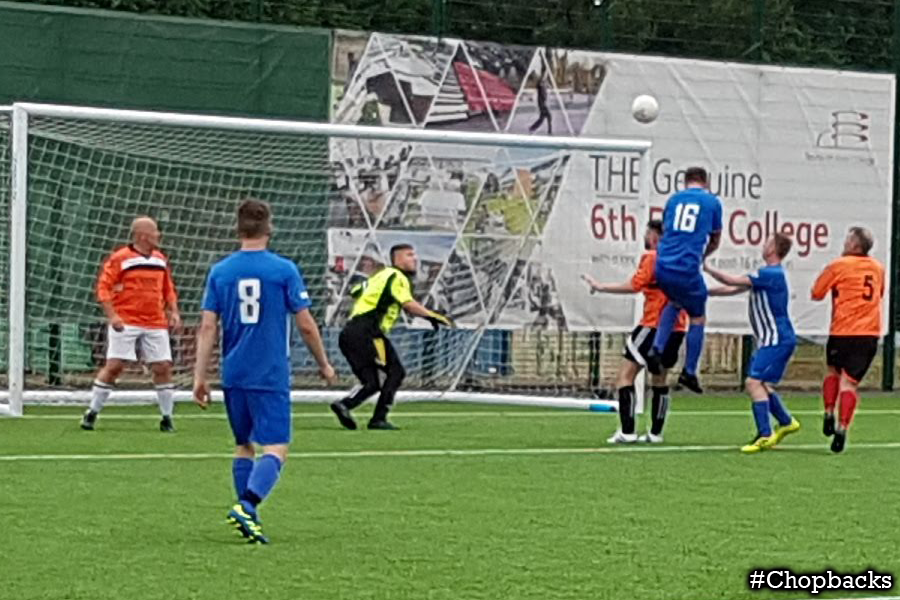 In the 88th minute, Tyler Smith got his second assist of the match after once again running at the Tackleway defence before laying off to Lee Finnigan to wrong foot the defender and slot home left footed into the bottom nearside post to make it 5-0.

Seconds later the final whistle was blown bringing the game to an end, a good run out for the Chopbacks with some encouraging passages of play that can be built on, however, we finally discovered that skipper Dayle McGurk is not quite cut out to play in midfield. 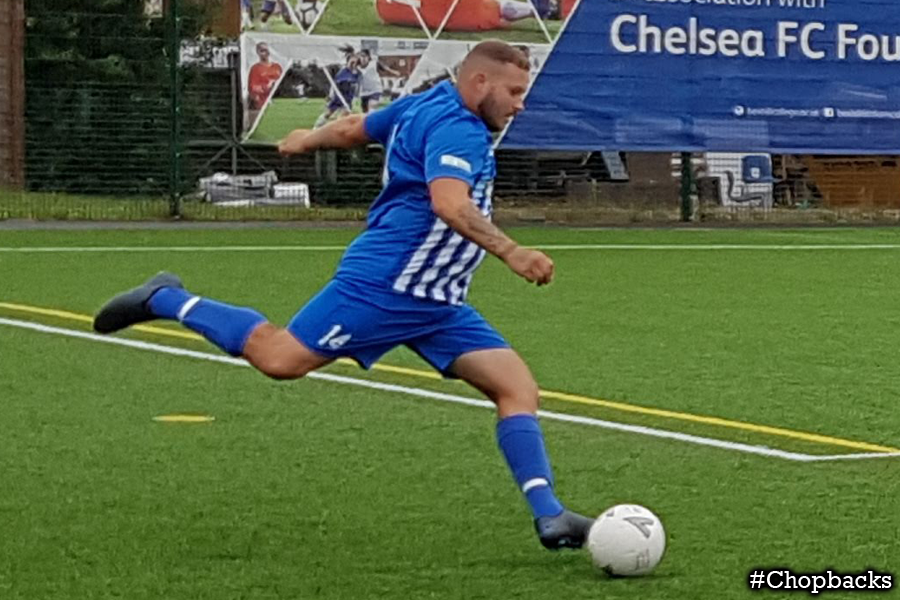 Man of the Match
Georgie McDonagh