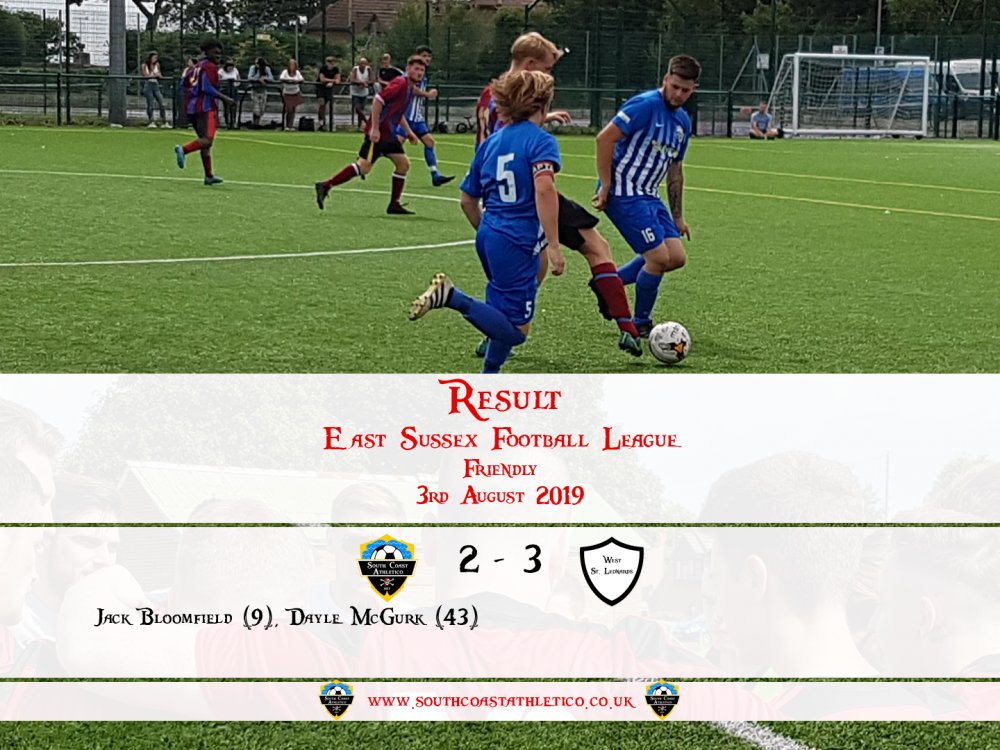 The game started quickly with St Leonards taking control of the ball and probing away at the Chopback defensive line looking to expose any gaps and it wasn’t long before one was found. 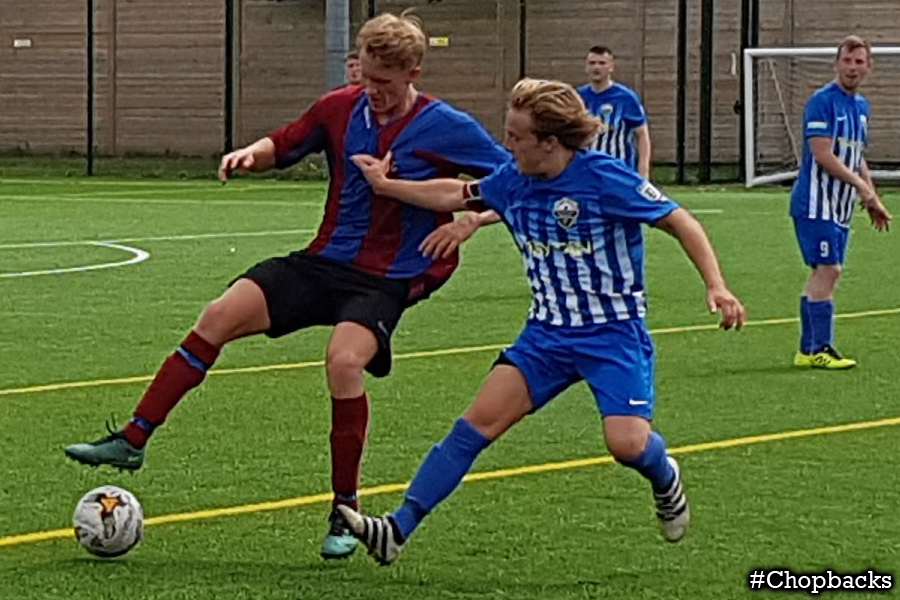 Tyler Hughes found out of position as St Leonards raced through to take an early lead.

South Coast needed to double their effort and they did, Connor Easton grabbing hold of the ball and turning to run at the defence. 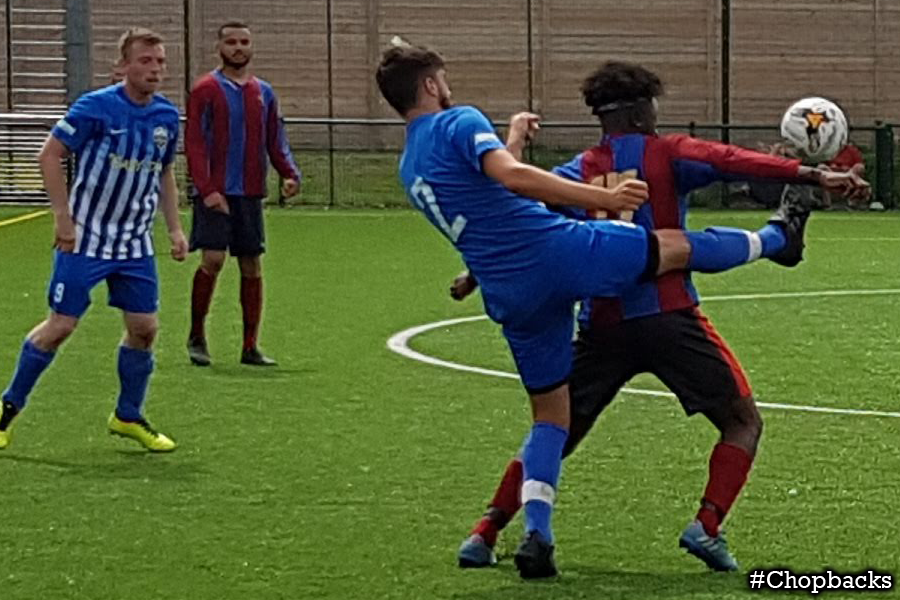 The Chopbacks pulled a move straight off the training pitch as Easton slipped a ball through the St Leonards backline for Jack Bloomfield to run onto, powering the ball into the far corner of the net.

The goal was a wake up call for St Leonards who now seemed to realize they were in for a game. 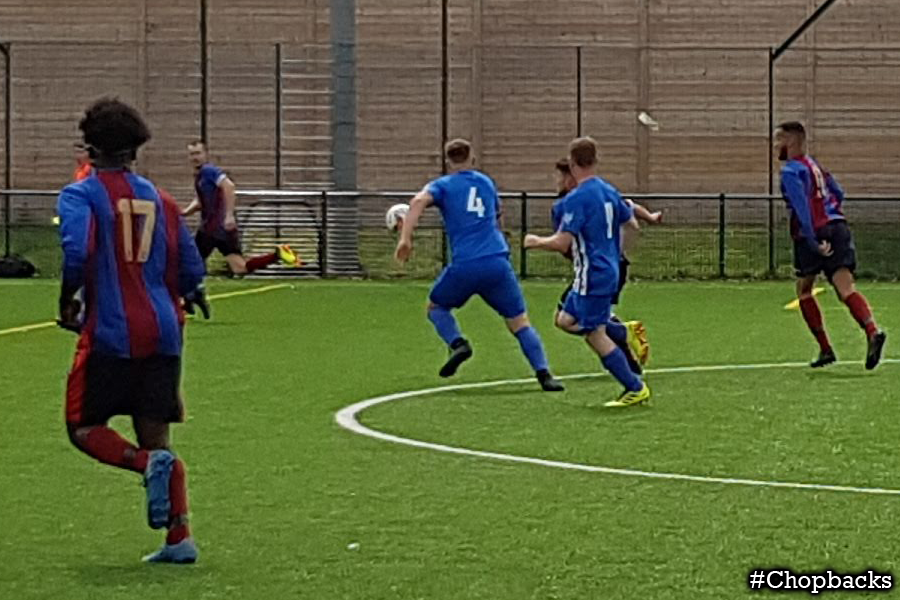 The tackles began to fly in as both sides looked for physical dominance on the field with Chopbacks Charley Adams getting himself into the book with a crunching tackle from behind.

2 minutes later, Georgie McDonagh was called upon to clear off the line as South Coast began to ride their luck. 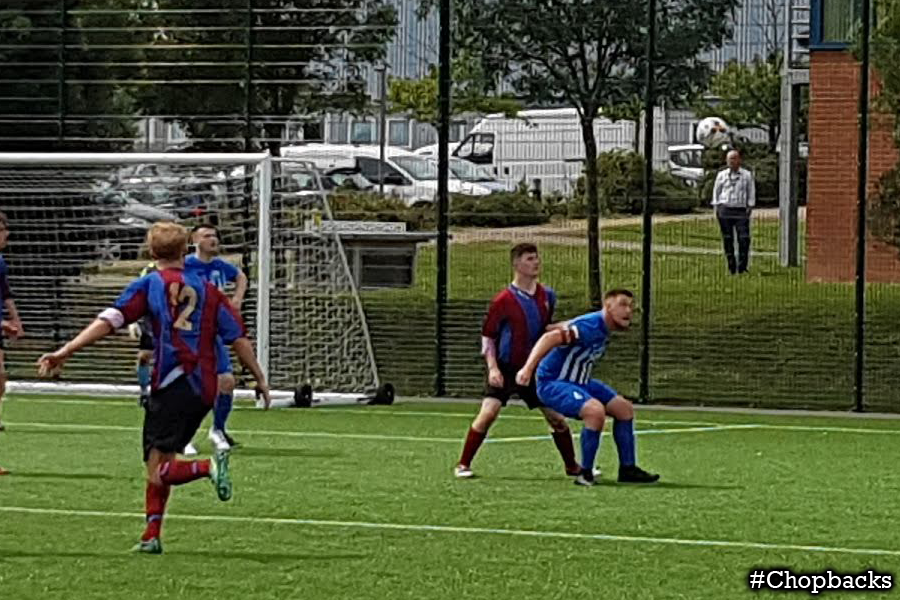 Tyler Hughes picked himself a yellow card for chatting back to the referee and his day went from bad to worse as a tackle saw him breaking 2 bones in his right leg, consigning him to the physios desk.

The Chopbacks switched off for the 2nd goal as a schoolboy mistake allowed St Leonards in to take the lead again with only minutes before half time. 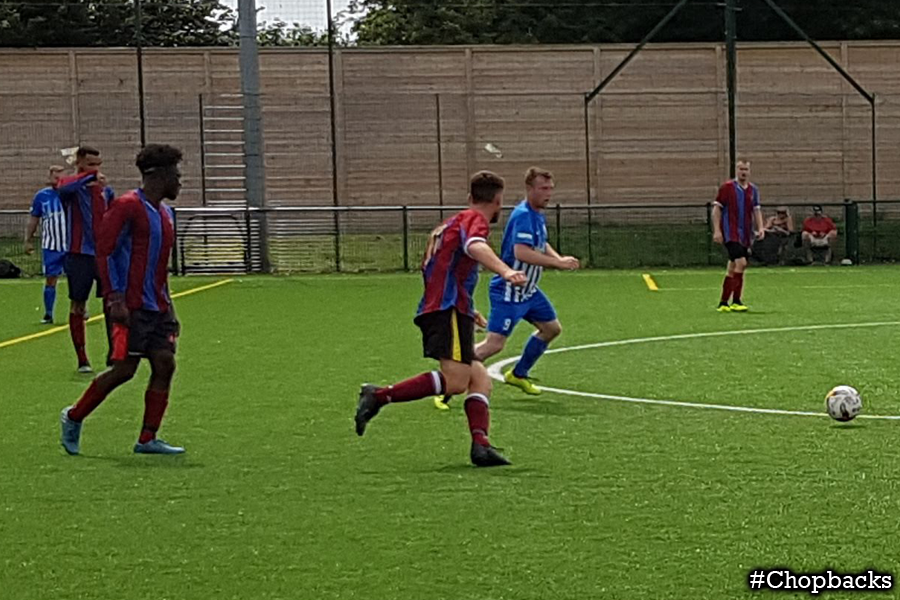 A quick response was needed and found when Dayle McGurk rose above all else to header the Chopbacks onto level terms just as the half came to a close.

South Coast started the much brighter of the teams in the second half, carving out numerous chances but none came to fruition and as Connor Easton had a perfectly good goal disallowed for offside, it seemed the Chopbacks weren’t going to be allowed to spoil the reunion. 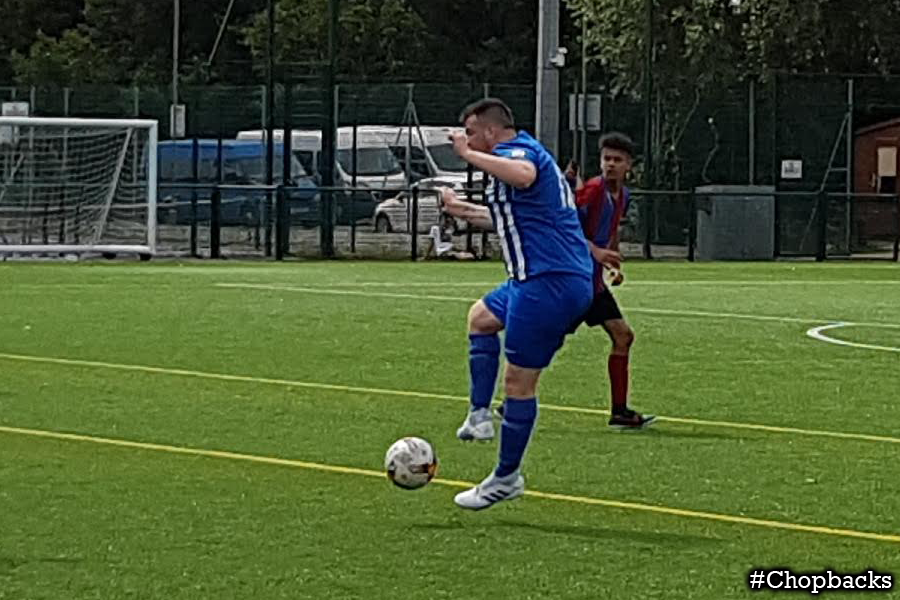 Brad Owens and Harry Jackson worked overtime in the middle of the park to not only nullify St Leonards attacks but also create the moves allowing the Chopbacks to move forward.

But as more decisions went against the Chopbacks, on the 73rd minute, Dayle McGurk was given marching orders for a shove on an opposition player as the ref deemed a push to deserve the same punishment as being kicked. 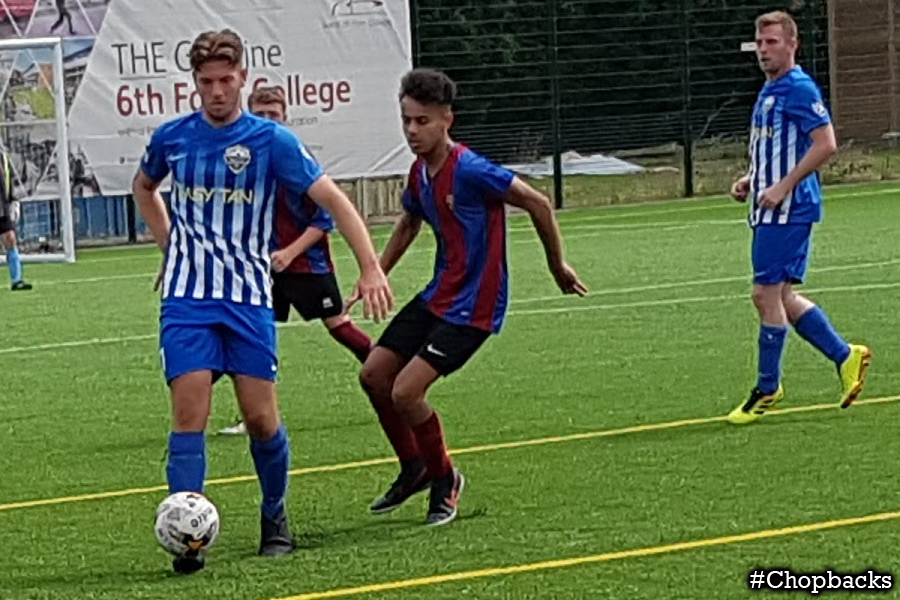 With both sides down to 10 men, South Coast doubled their efforts and began to win every battle on the pitch.

The defense re-organised and kept a pacey attacking line quiet, much to the frustration of the West St Leonards players. 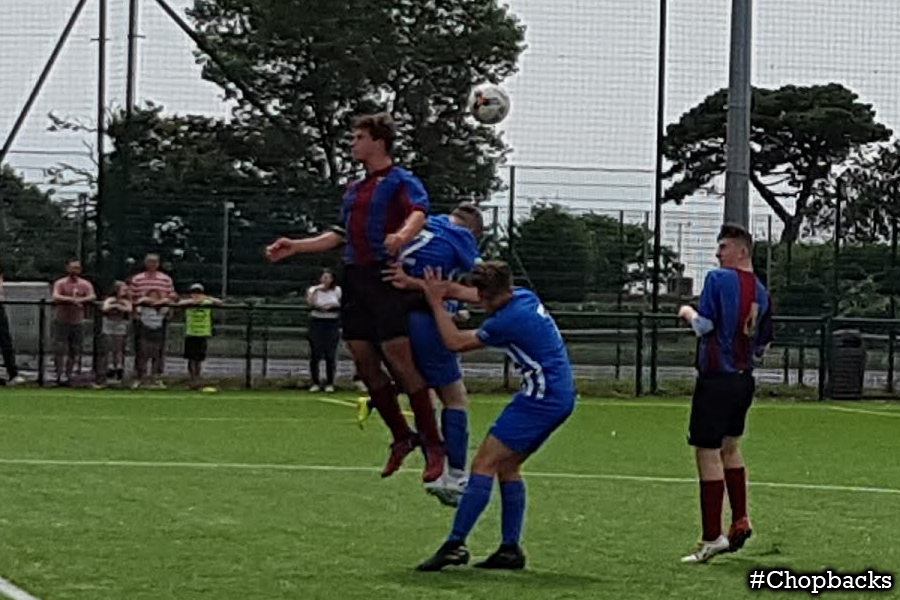 The workrate was phenomenal and commitment levels through the roof.

A draw seemed to be the outcome but for a last minute free kick for St Leonards, whipped into the top corner there was nothing Ben Tate could do. 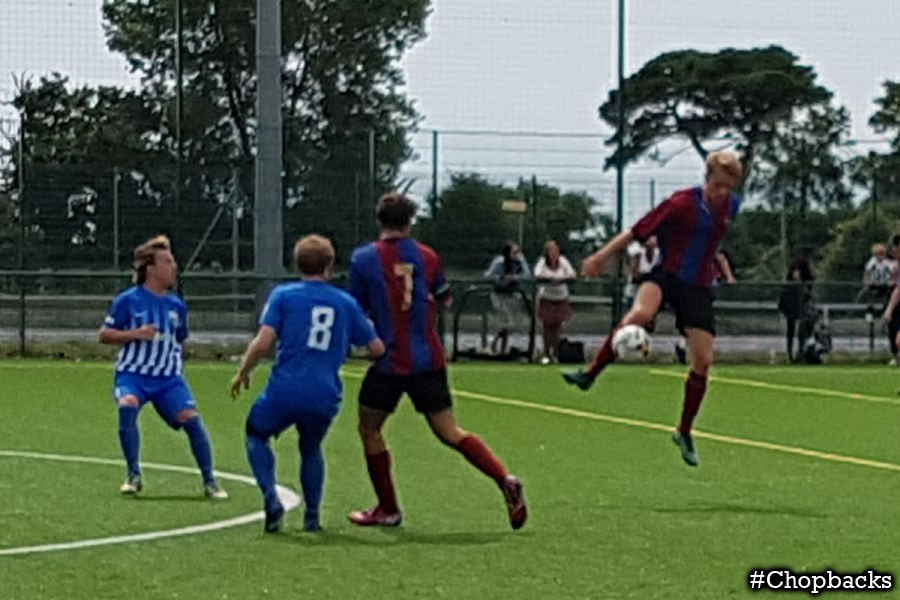 After countless saves and a commanding performance, he was beaten and the final whistle was blown right after.

The Chopbacks will take a lot from the game, most of all the knowledge that they can happily mix it technically and physically with a group of players 2 leagues and above. 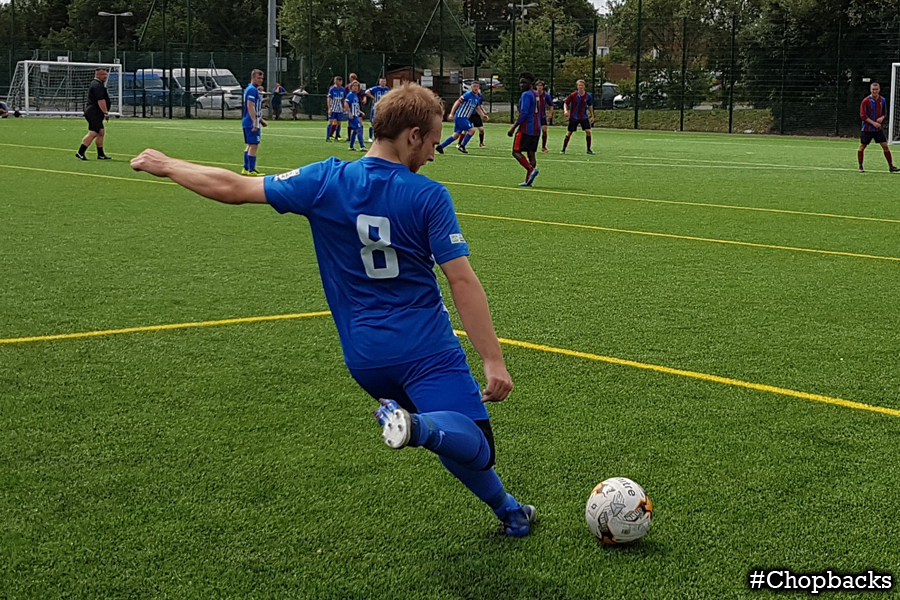 The Chopbacks will move onto play Westfield this Thursday and hope that the monumental effort put in on Saturday doesn’t leave the players sluggish for the fixture.