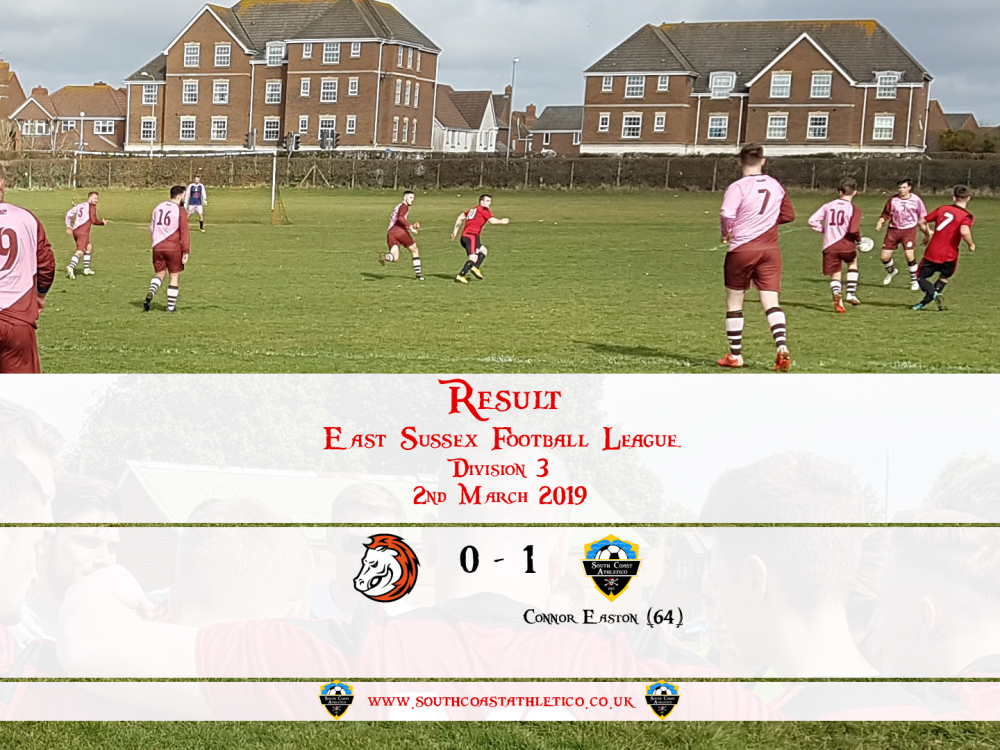 Chopbacks off form but scrape through victorious

Victory for the Chopbacks would bring a second place promotion opportunity into touching distance as it would leave 3rd place Victoria Baptists needing to win both of their final fixtures and score some 38 goals to pip Athletico into playing Division 2 football next season. 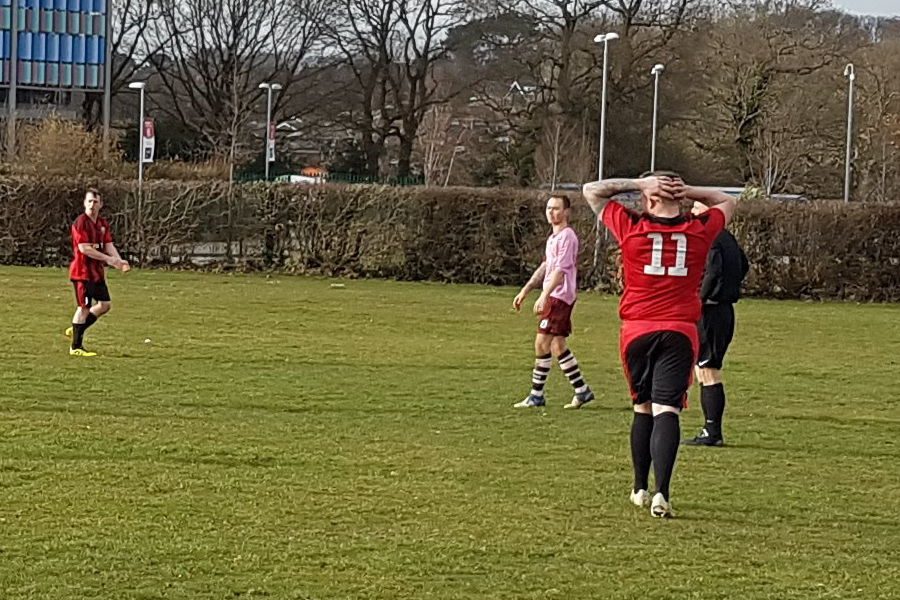 The game kicked off under a grey cloud filled sky, the pitch was rough and lumpy with rusting bent goal posts that would have looked at home in a scrap yard.

The game was frustrating for Coast who were playing well below their best. 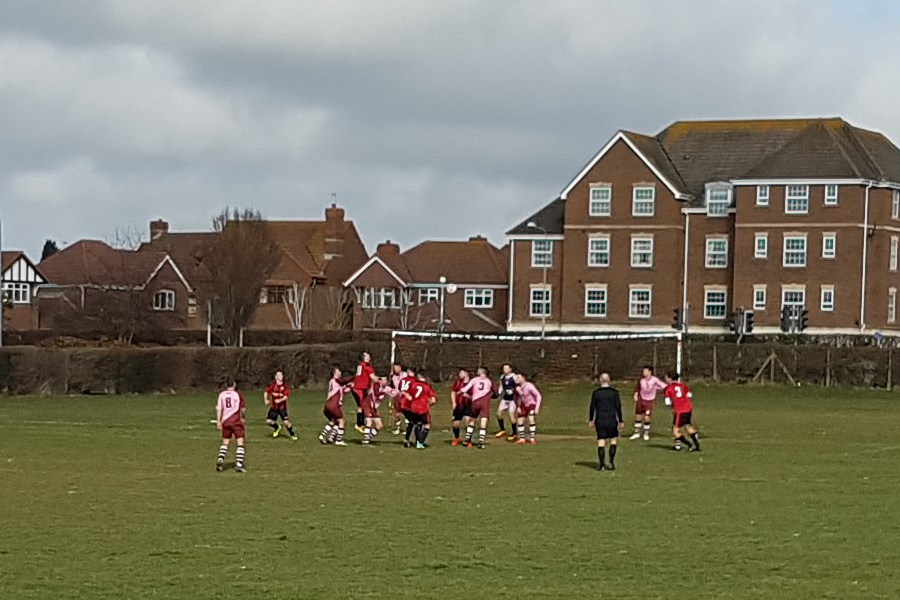 Opportunities were sparse for both sides and the first half played out a scrappy 0-0 stalemate.

The Bronco’s team celebrated the half time whistle as if they had won the match which was a huge compliment to the Chopbacks. 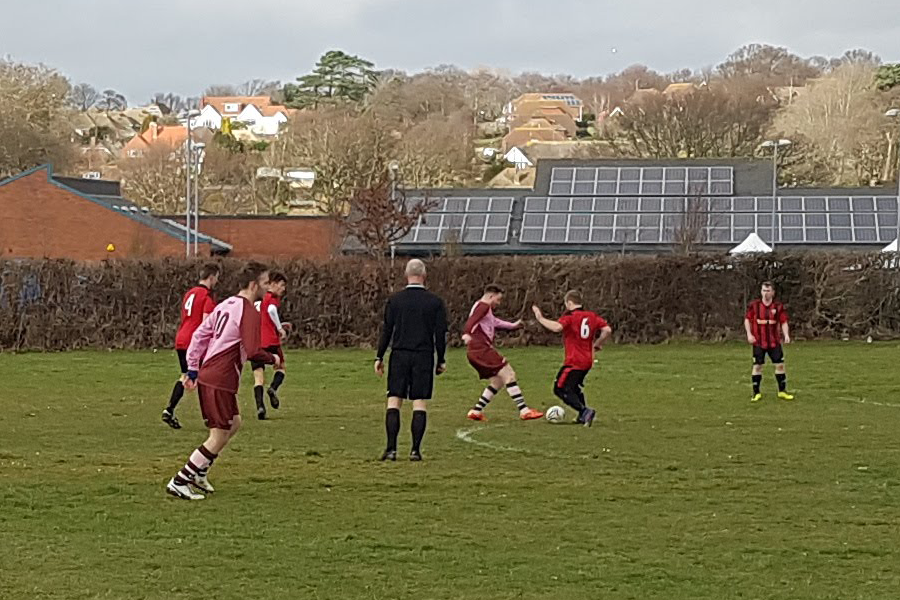 The second half carried on in the same vein until around the 60th minute, when Athletico began to find some form threatening the hosts with several half chances which were only kept at bay by a couple of excellent tackles from defense.

On the side lines Coasts management team were instructing their squad that it was time for the big players to materialize and that’s exactly what happened. 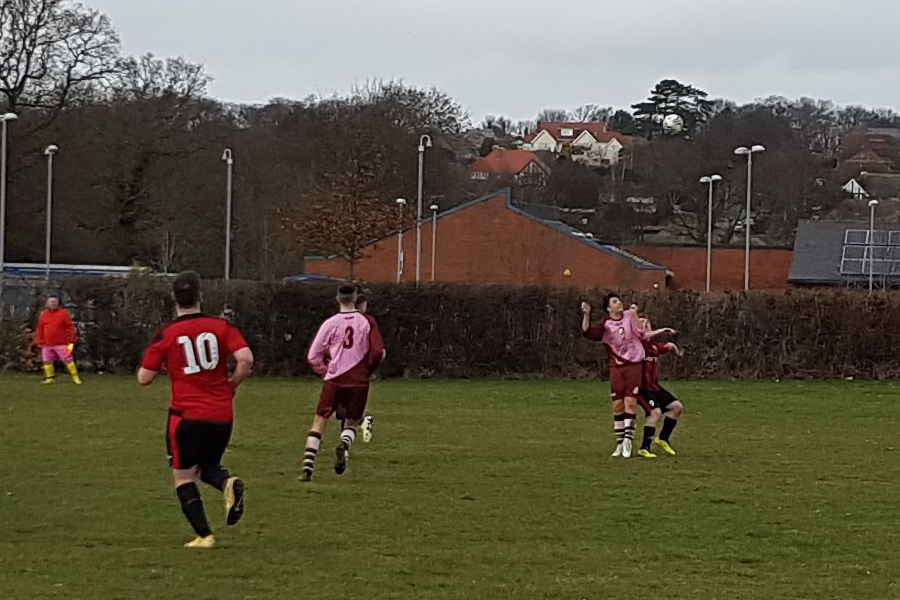 Connor Smith owned his side of the pitch, Bradley Owens began to dominate in midfield increasing his work rate dramatically to help gain further possession.

Ryan Penny battled for everything he could as did Byron Nichol whilst Jack Bloomfield and Lee Finnigan kept applying pressure in the Chopbacks final third, but the final shots were lacking on the day. 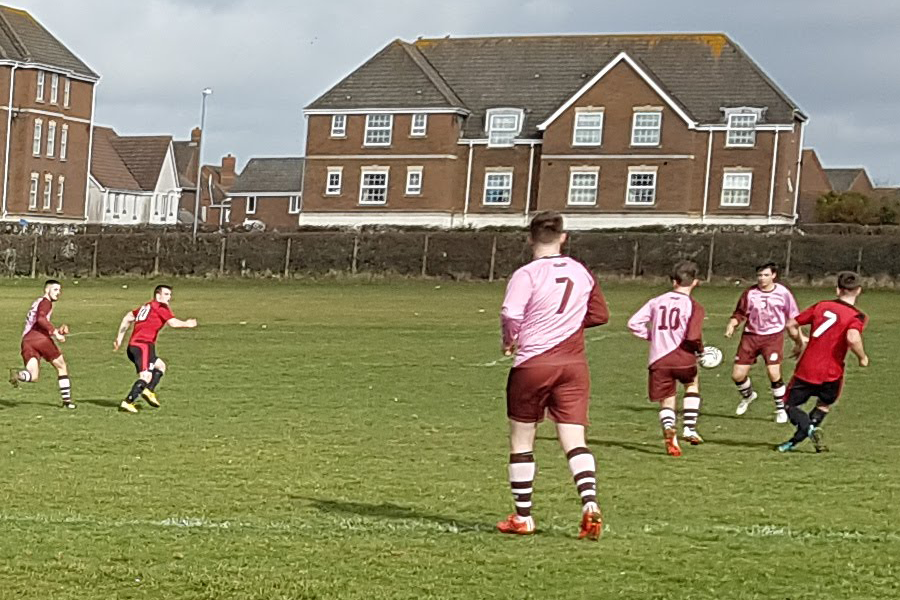 The deadlock was broken on the 64th minute when Jack Bloomfield crossed to Connor Easton positioned 13 yards from goal.

Connor headed the ball behind him, spun round and followed the ball of which the Bronco’s keeper seamed to get a hand to but couldn’t control. 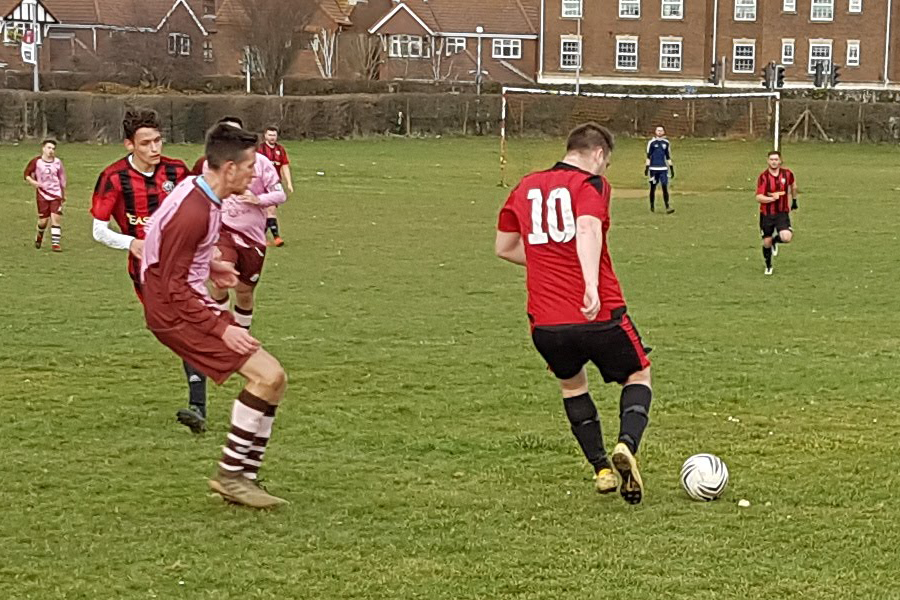 Easton put everything into the 50-50 challenge and physics won resulting in Easton nodding the ball towards the net as a defender pressured him.

Time seamed to stand still as the ball appeared to cross the line but a Broncos defender on the line looked like he’d keep it out until Connor Easton scrappily stumbled it past into the inner side netting taking away all doubt. 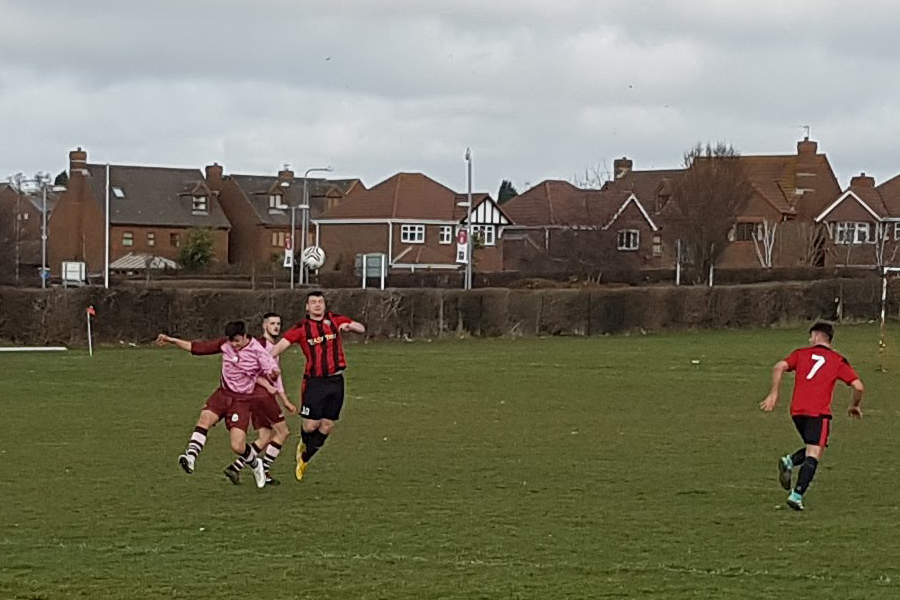 Typically, the breakthrough riled up Athletico and the football began to flow.

There were a couple of key defensive moments at the other end preventing Bronco’s having a chance to equalise, notably Callum Homewood with a clinical thunderous challenge on a Broncos attacker preventing a one on one with Coasts goalkeeper Ben Tate. 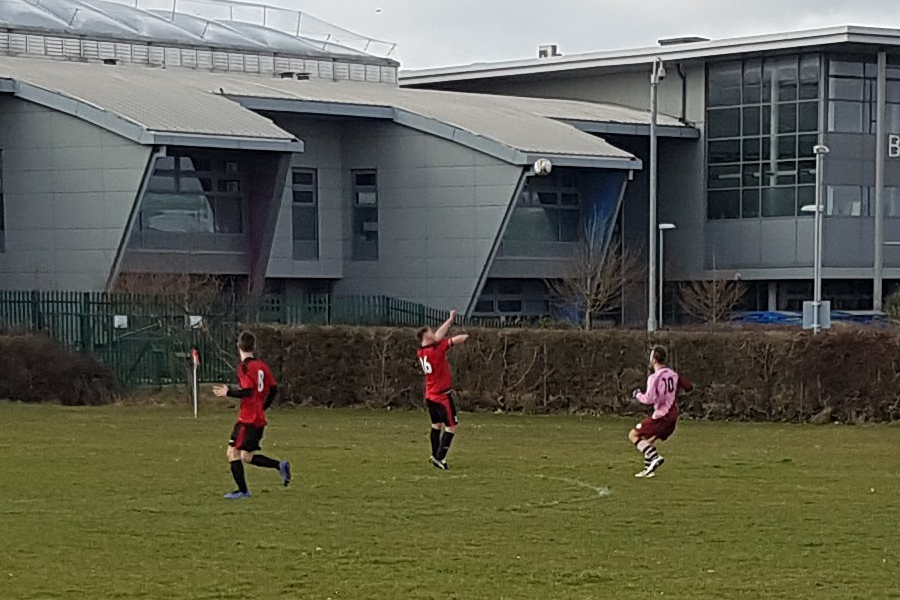 Athletico captain defender, Dayle McGurk made several skillful runs penetrating Bronco’s defence from his own half, although couldn’t capitalise.

Athletico carved out chance after chance, but the shooting was not there on the day. 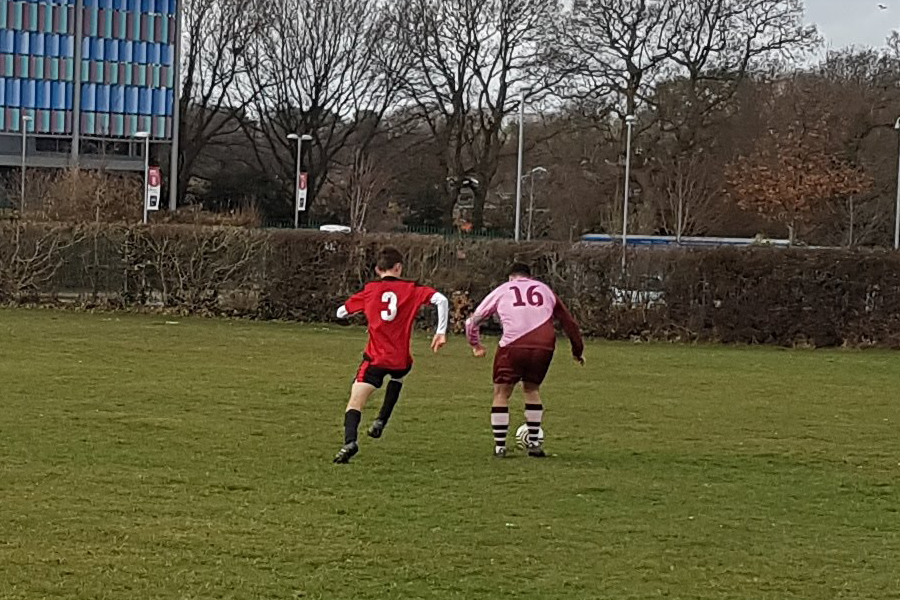 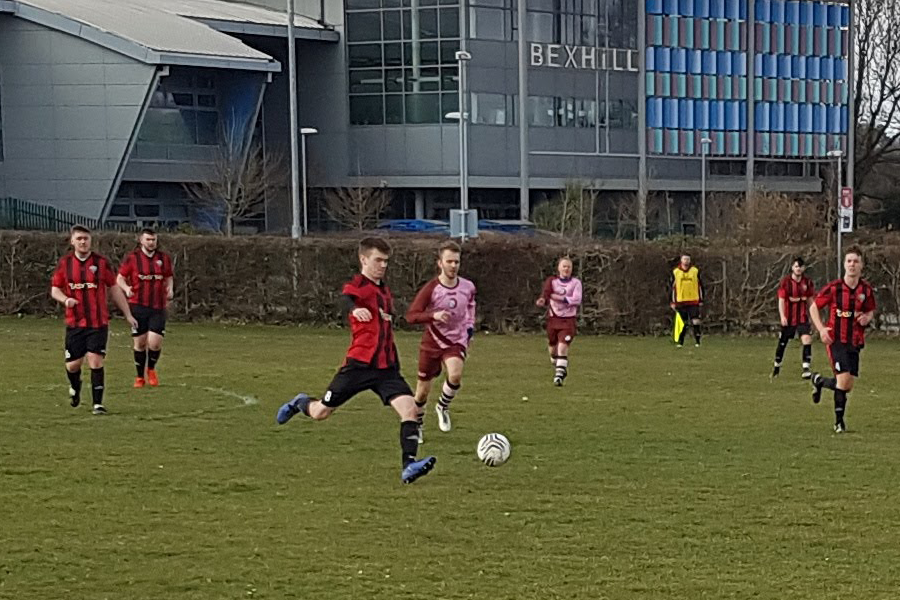 Next weekend sees Coasts final league game away to an impressive Bexhill Rovers who secured the league win outright last weekend after an impeccable season winning all but one game in their campaign.

South Coast will be looking to take the points never the less.