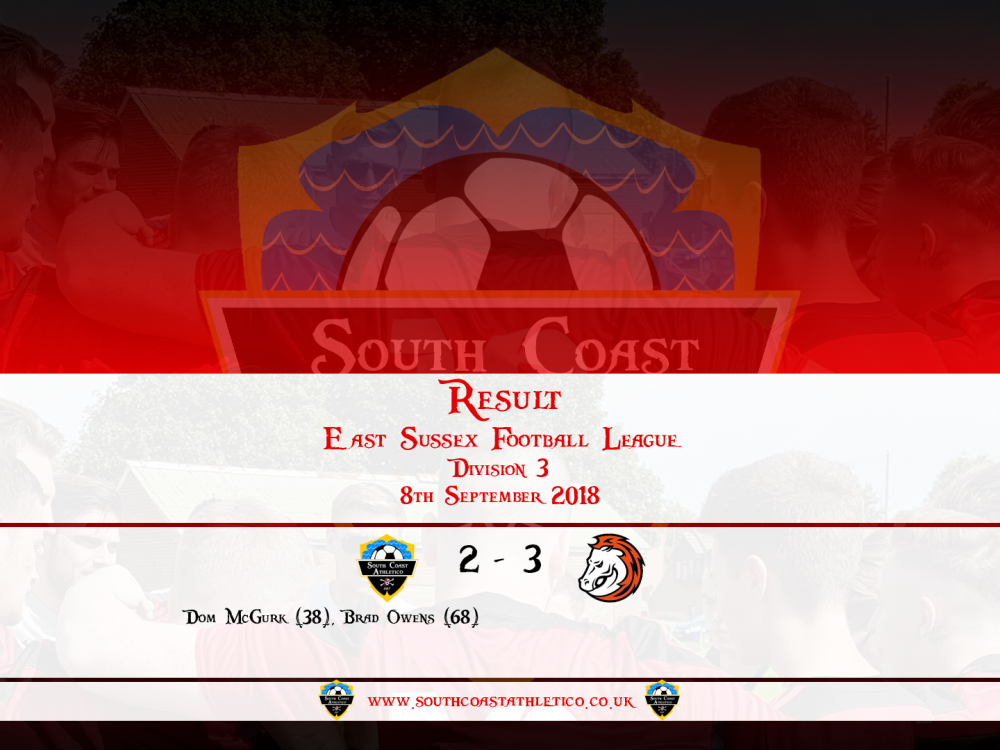 The Chopbacks were taught a harsh but hopefully valuable lesson on Saturday as they lost 3-2 at home to Bexhill Broncos.

South Coast started in assertive fashion, taking charge of the ball and pinned the Broncos to their eighteen yard line.

Chances were plenty for the Chopbacks but none of them could be converted.

On the 15 minute mark South Coast thought they’d taken the lead through Brad Owens after a cool finished capped off an excellent move but the linesman’s flag was late to go up and the score was kept at 0-0.

The game continued in the same fashion as South Coast looked to break the deadlock.

Frustrations started to grow as decisions felt like they were beginning to go the other way more and more.

On the 35th minute the Chopbacks were punished for not taking earlier chances, a free kick poorly dealt with allowed the Broncos to fire themselves in front.

The goal seemed to spur South Coast on even more and within minutes they had equalised, Brad Owen laying the ball off for Dom McGurk to level things up with a thunderous strike.

The Chopbacks pushed right up until the half time whistle blew and the teams left the field.

Coming out for the second half, South Coast were undone with two simple passes over the top.

The backline had pushed up and the space in behind exposed, with less than five minutes played, Broncos were 3-1 up and now had the luxury of sitting back and making South Coast work for anything.

As the Chopbacks pushed for goals, they became more and more frustrated with decisions appearing to go against them.

Brad Owens pulled one back on the 68th minute but that was as close as South Coast came.

A last minute penalty decision turned down by the official and 4 chances cleared off the line gave the Broncos the win and all 3 points.

It’ll be tough to take but hopefully will be a valuable lesson for the Chopbacks as they move onto next weekend and a fixture against Orington.

No photos or videos were taken of this fixture.