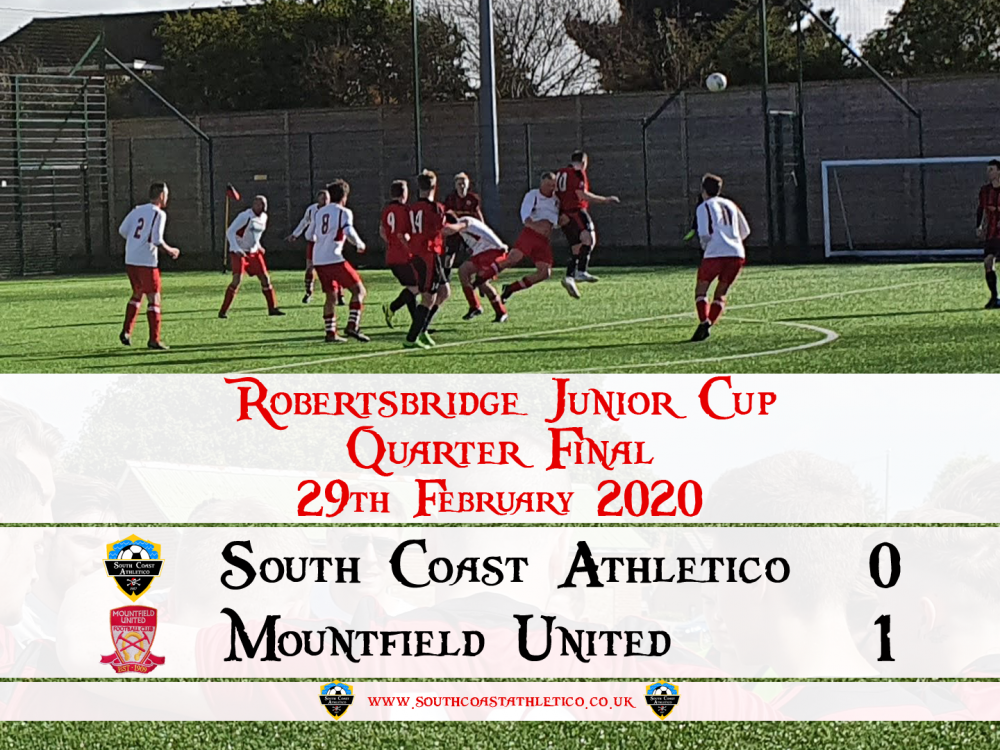 Despite the majority of matches being postponed this weekend due to high winds and wet weather the Chopbacks were able to play their game this weekend at home to Mountfield United due to having a 3G surface to play on.

Conditions were not great and within 10 minutes 3 balls had already been lost due to gale force winds. 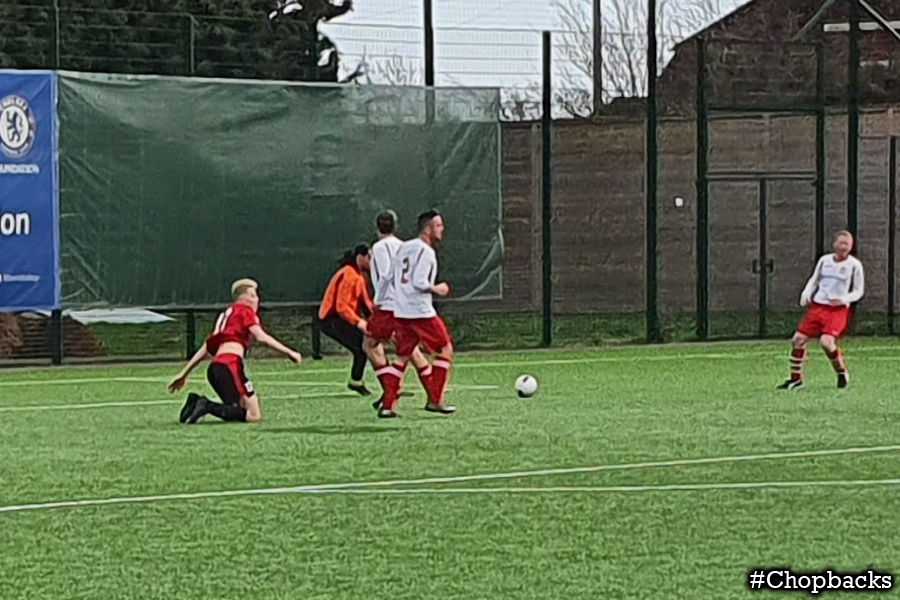 And the wind would play a major part in the 10th minute after a ballooned shot went up high in the air and the wind took the ball back towards goal catching Ben Tate off guard and falling into the net in the freakish of circumstances.

Both teams struggled to put any type of genuine attacks together before half time. 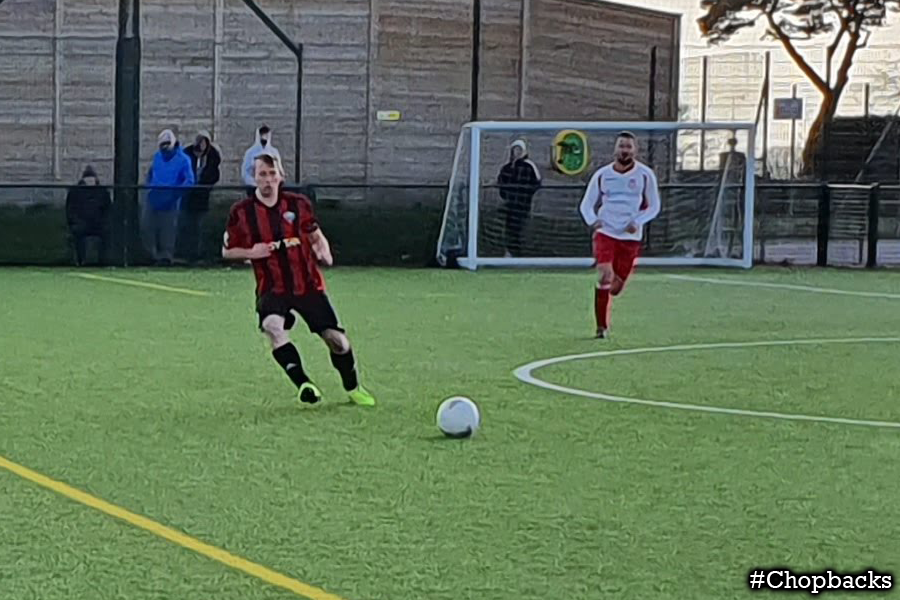 Second half saw no change in conditions or play, the Chopbacks struggled to put together any meaningful attacks and were reduced to half chances from the edge of the box.

JJ Beaumont & Ryan Fuller both came close late on to equalise but were denied by the keeper. 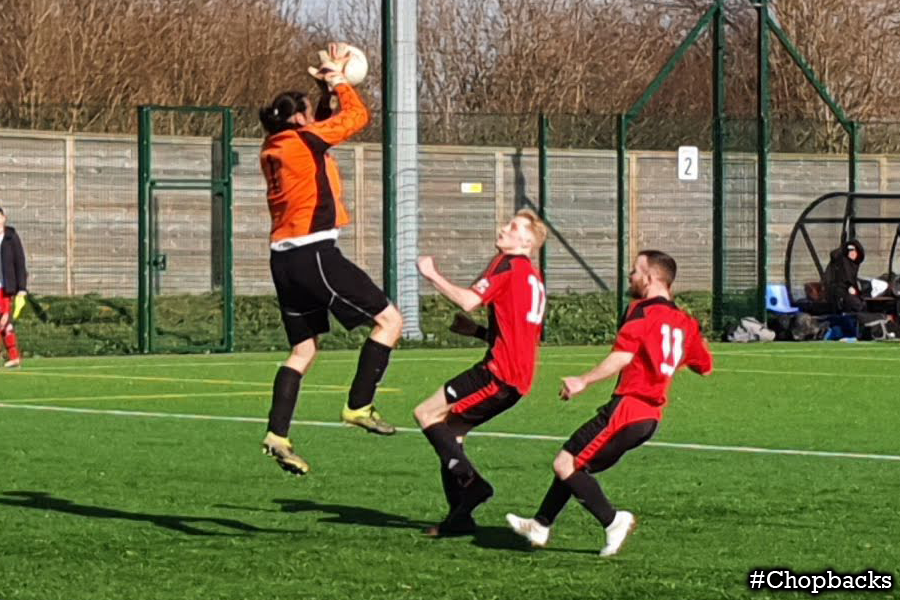 A rare flat performance by the team against a side that had a game plan to defend and did it very well although the Chopbacks will wonder just how they had managed to lose the game despite the conditions.

The dream of a quadruple (league & 3 cups) is over, the team will get back to basics at training and look to not make the same mistakes in the remaining competitions. 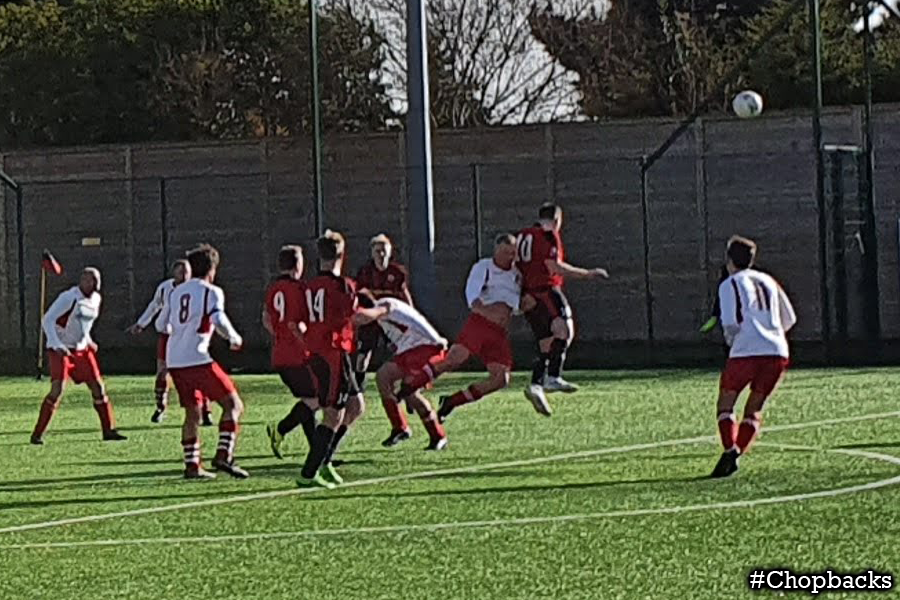