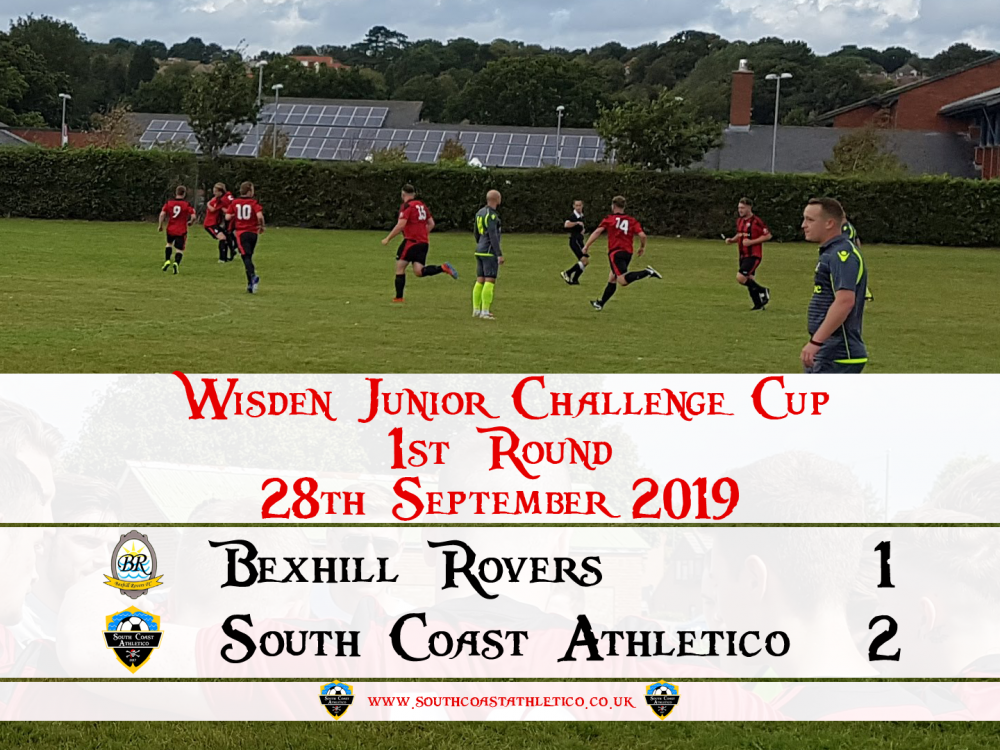 Chopbacks hold on to progress into Round 2

This weekend saw the beginning of the Chopbacks defence of the Wisden Junior Challenge Cup against fellow promoted club Bexhill Rovers.

The match started very explosive with the oppositions goalkeeper & Jay Beaumont getting into a tussle within the first 5 minutes resulting in both being cautioned. 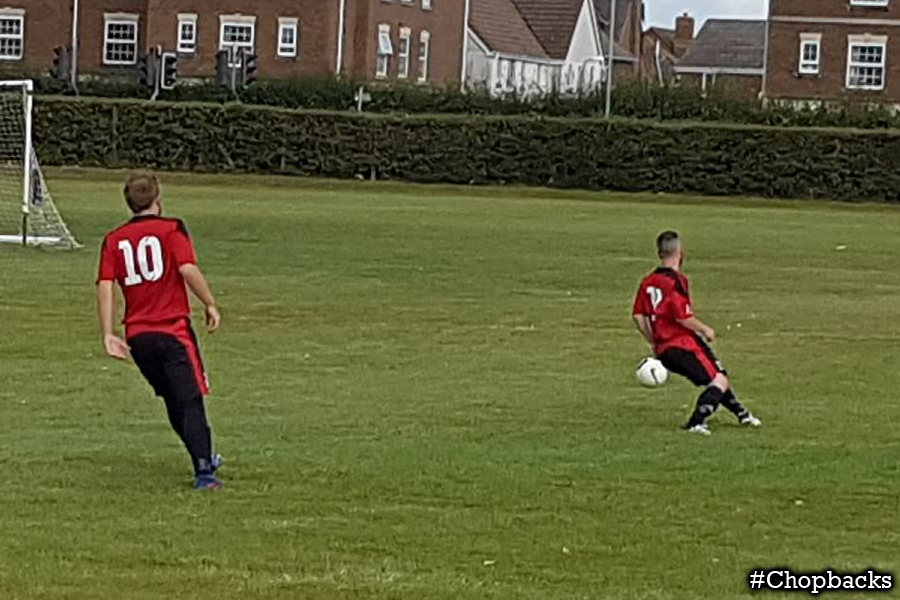 This would set the scene for this game as Bexhill Rovers put in some hard tackles, some fair, some not so.

The Chopbacks continued to try to play their football and were rewarded in the 22nd minute when a cross was cleared into the path of Harry Jackson who struck from 30 yards which the keeper could only fumble into the net. 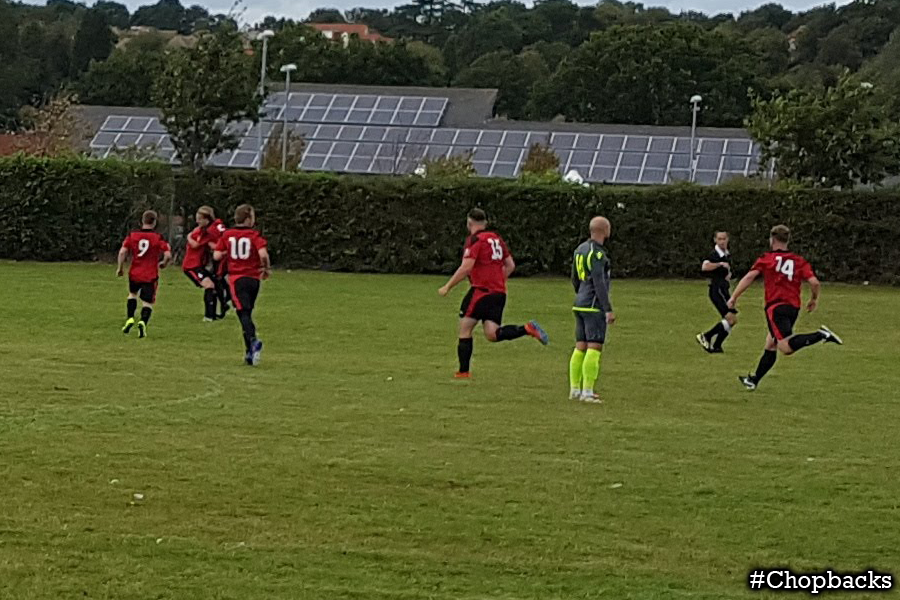 In true Chopback fashion a quick second goal was looked for and came just 2 minutes later with Brad Owens running through the Rovers defence to slot in home in quite a solo effort on his part.

Hard tackles carried on coming in by the opposition leading team various breaks in play and scuffles but the Chopbacks managed to keep their heads and go in at half time 2-0 up. 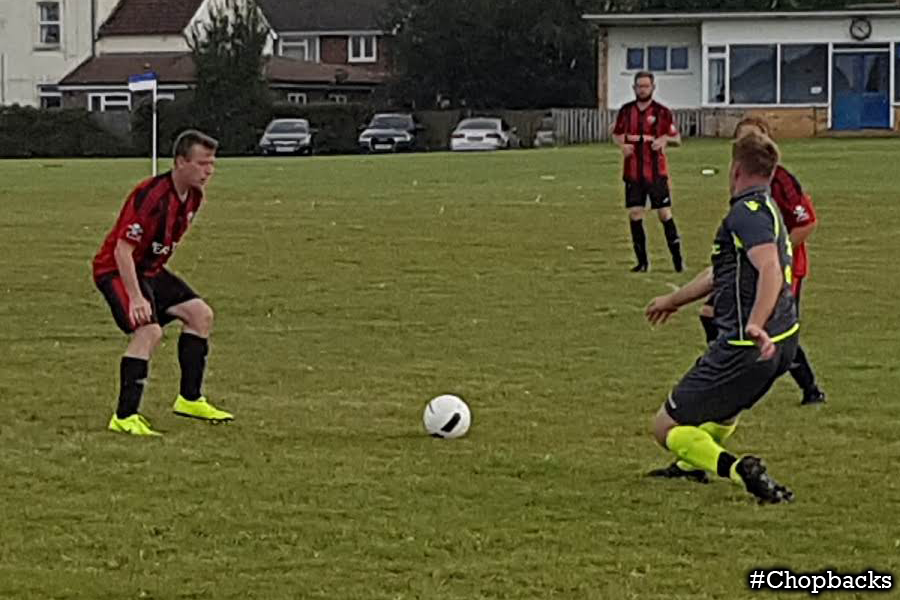 The second half started how the first had ended with my hard challenges coming in, Brad Owens the recipient of the majority of challenges which led to him having to come off within 2 minutes of the half through injury.

Then after conceding a free-kick in the 48th minute the Chopbacks were made to pay as Rover despatched the free-kick past Ben Tate to half the deficit. 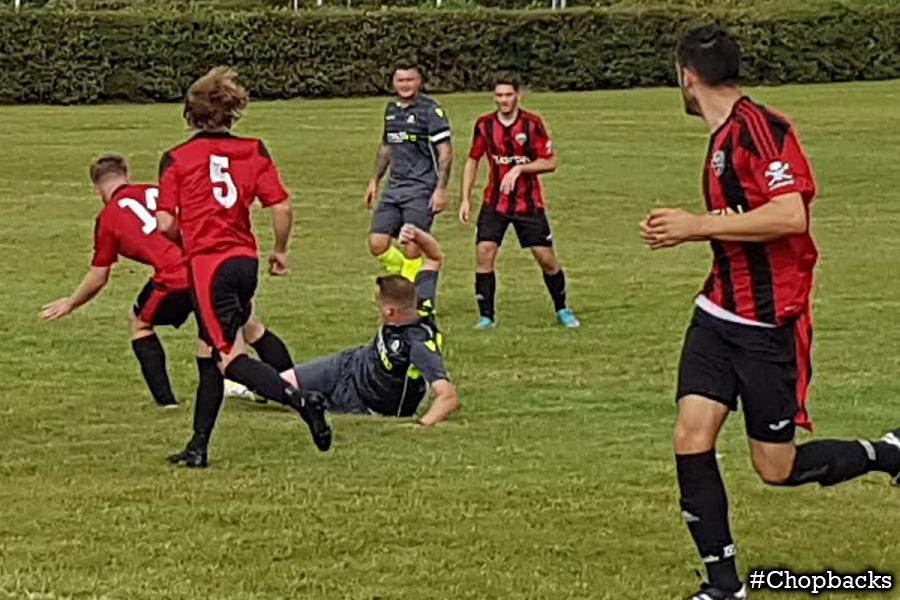 Tempers started to spill over as the challenges got harder and harder and Dayle McGurk found himself sin binned for arguing with the official about a challenge beforehand.

Rovers had one of their players carried off the pitch with what was a suspected fractured leg but continued to attack looking for th equaliser. 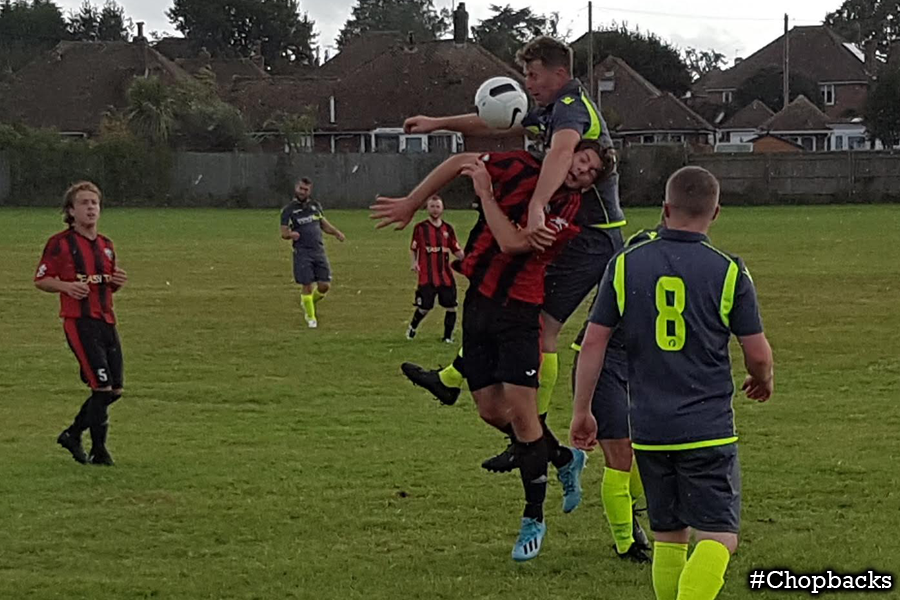 For the remaining 15 minutes the Chopbacks sat back and defended for their lives inviting the pressure from Rovers and looking to break on the counter attack.

They came close on the 83rd minute needing a Ben Tate save to keep out what would have been a certain equaliser. 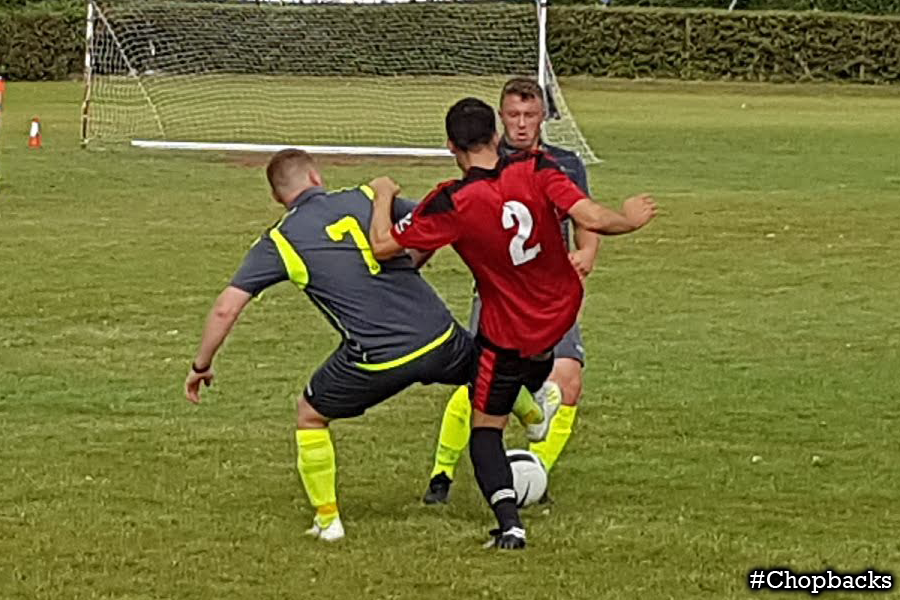 With 6 minutes added on for injury time the Chopbacks rode their luck at times with the constant attacking from Rovers but also showed some resolute defending to finally see out the game as 2-1 winners and progress into the next round.

Next round will see the Chopbacks face against Bexhill A.A.C II as they look to continue their defence of the Wisden Junior Challenge Cup. 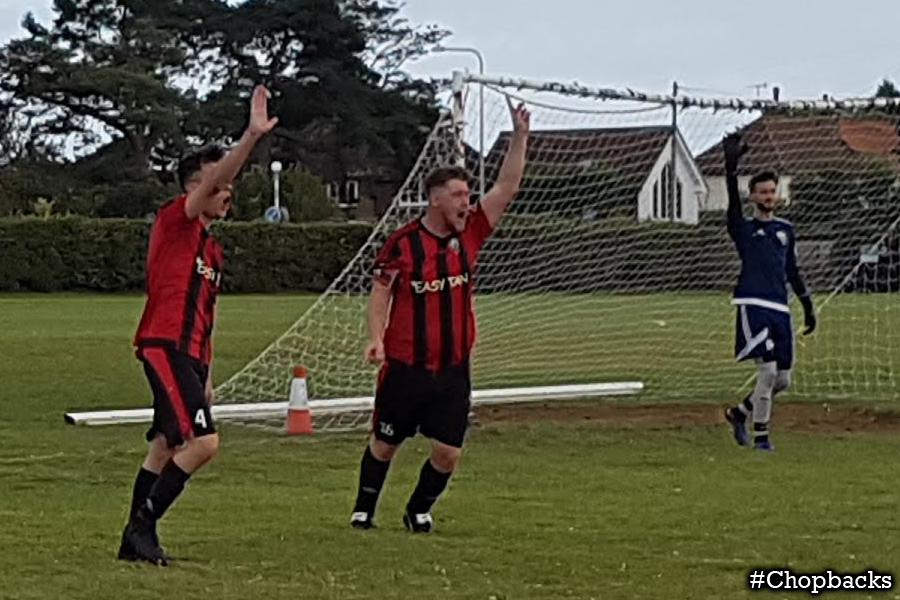 Next up the league is Westfield II.