Chopbacks come from behind to win

For this weekends game the Chopbacks traveled to Victoria Baptists in Eastbourne’s Old Town.

The Baptists had mixed fortunes so far in the seasons opening fixtures recording a win, loss and a draw.

As the weather closed in the inevitable rain set in for the day. 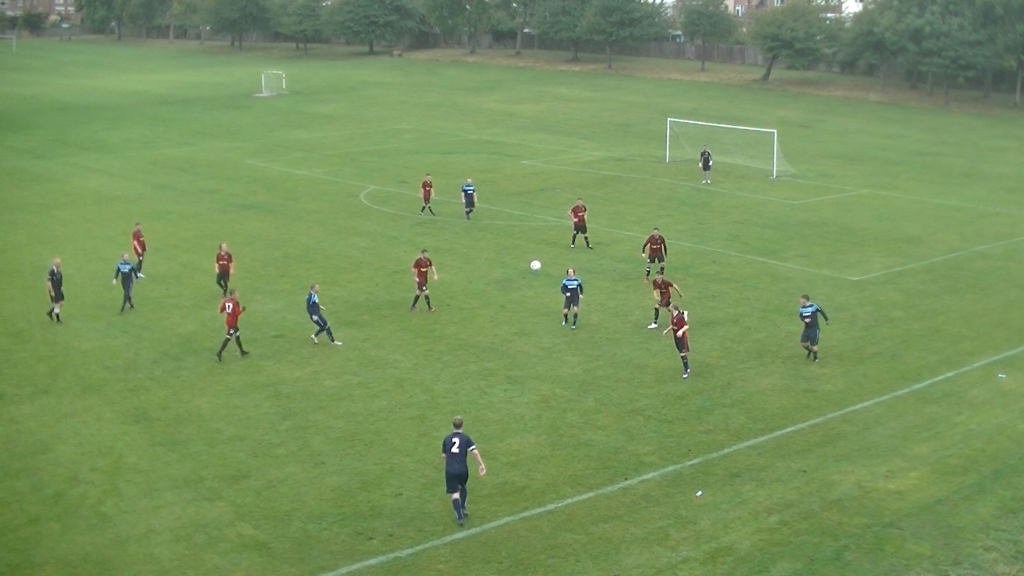 Both teams began the process of feeling each other out and the game started scrappy.

Baptists looked a far better team than their form suggested and South Coast looked uncharacteristically disjointed and very poor at the back.

The usual crisp passing game the Chopbacks are so well versed in had seamed to have been left at home and it was Victoria Baptists that were beginning to play some impressive passing sequences. 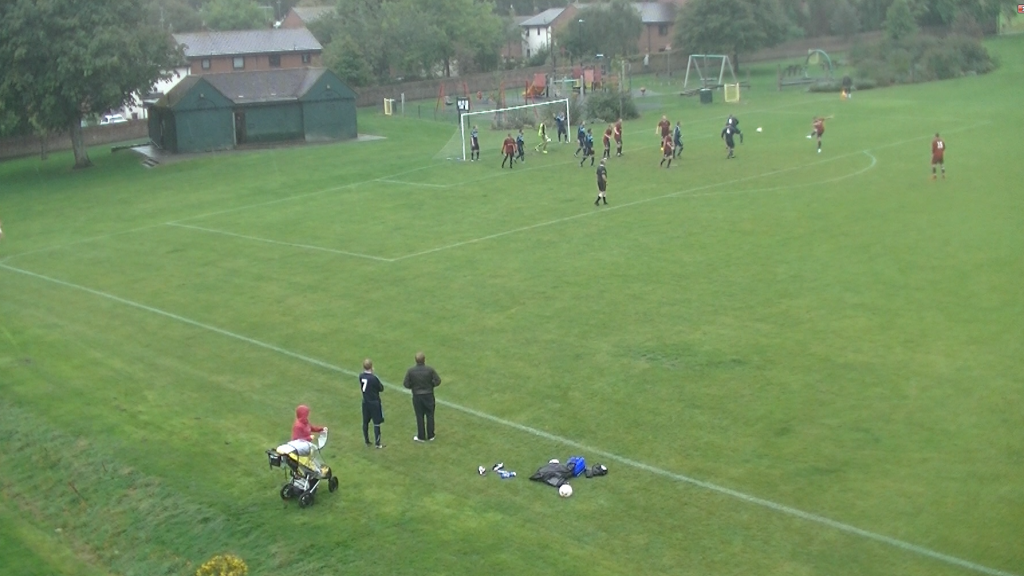 13 minutes in,  Coast caught Baptists on the break, Bradley Owens picked up the ball and played in Luke Darvill to put away the opening goal of the contest.

From the kick off the opposition played through the Chopbacks midfield and with the defense out of position and no sign of challenges, they carved through and equalised only 60 seconds after they picked the ball out of their own net.

It was clear they were going to be resilient. 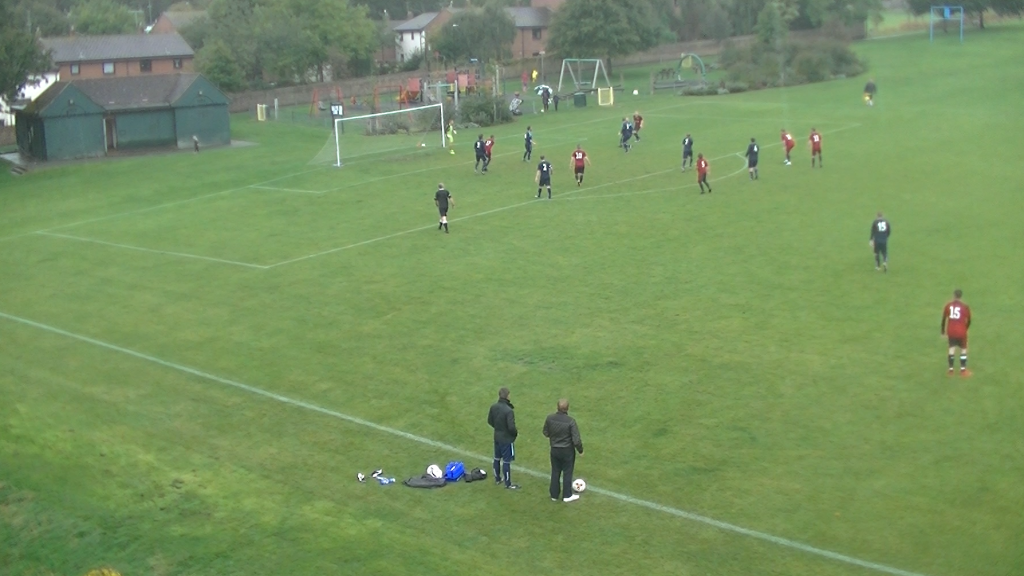 For the next 20 minutes the game was messy with both teams scrapping for the ball,  Coast looked visibly shocked and struggled to keep possession for more than 2 or 3 passes.

On the 33rd minute Baptists again easily beat the Chopbacks defensive line and took the lead with a nicely worked goal. 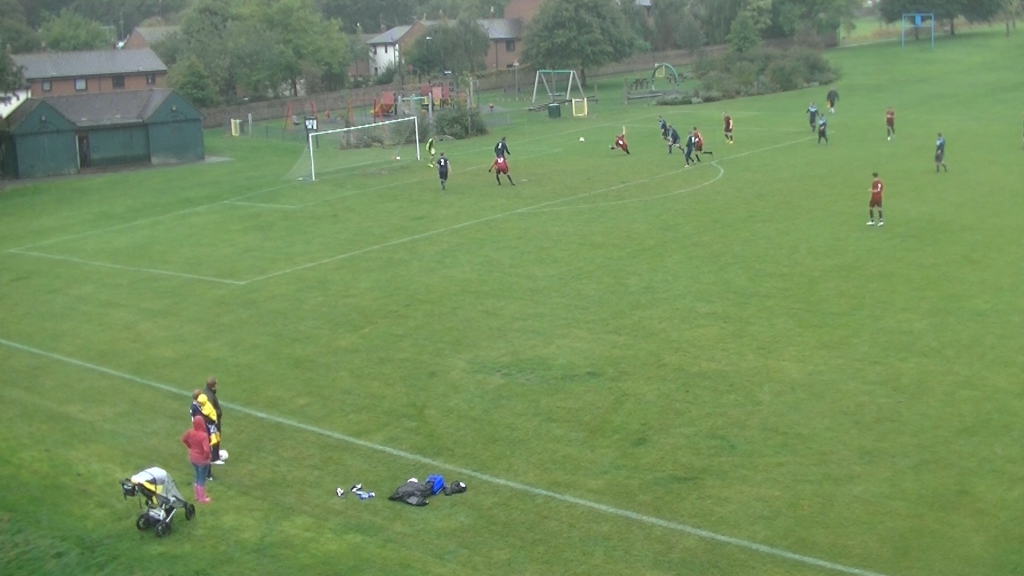 In a mirror image of the opening two goals, this time it was the Chopbaks who replied immediately as Harry Jackson put a through ball to Luke Darvill who produced a cool composed finish for his second goal of the day pulling both teams level.

8 minutes later,  again Baptists played out wide,  dodged a challenge or two and once more breezed through the Chopbacks defensive line slotting home past a bewildered Ben Tate to take the lead for the second time. 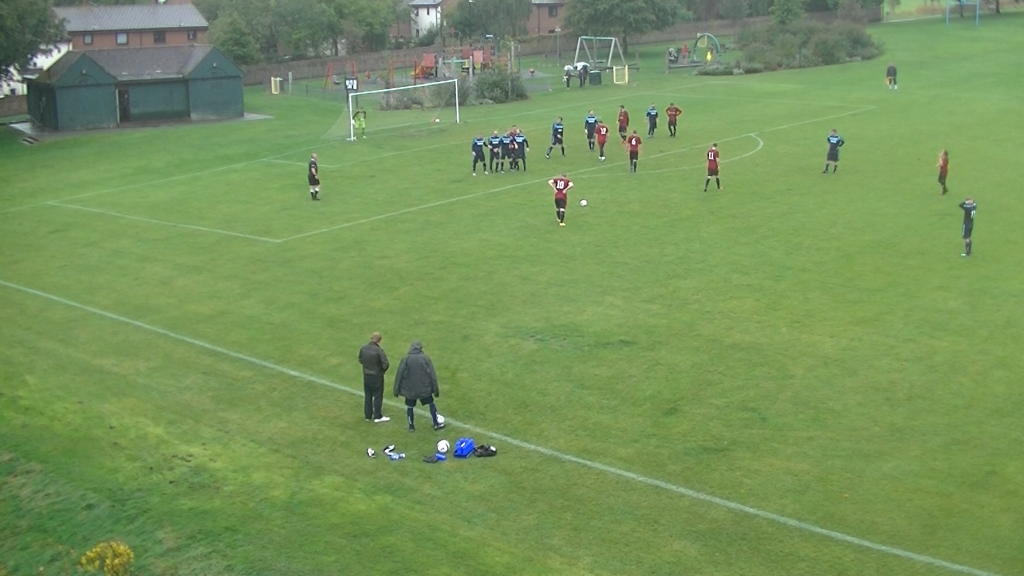 South Coast battled on but looked lost for ideas and began questioning responsibilities instead of focussing on the game.

This led to a poor defensive error in the box as Baptists striker was bought down by one of the many miss timed tackles in defence. 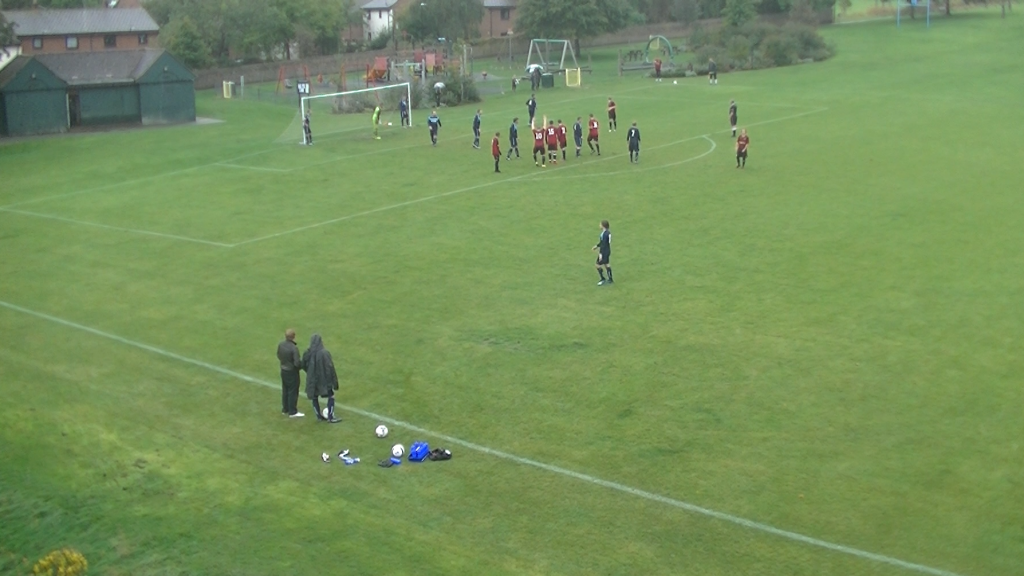 Baptists scored the resulting penalty sending The Cat the wrong way taking their team into the interval with a 4-2 lead.

Chopbacks manager Neil Sutcliffe had a mountain to climb it seemed to turn around the squads performance.

He bought the team down to earth with some heart felt straight talking to switch the mentality of the team, then backed it up with technical advice. 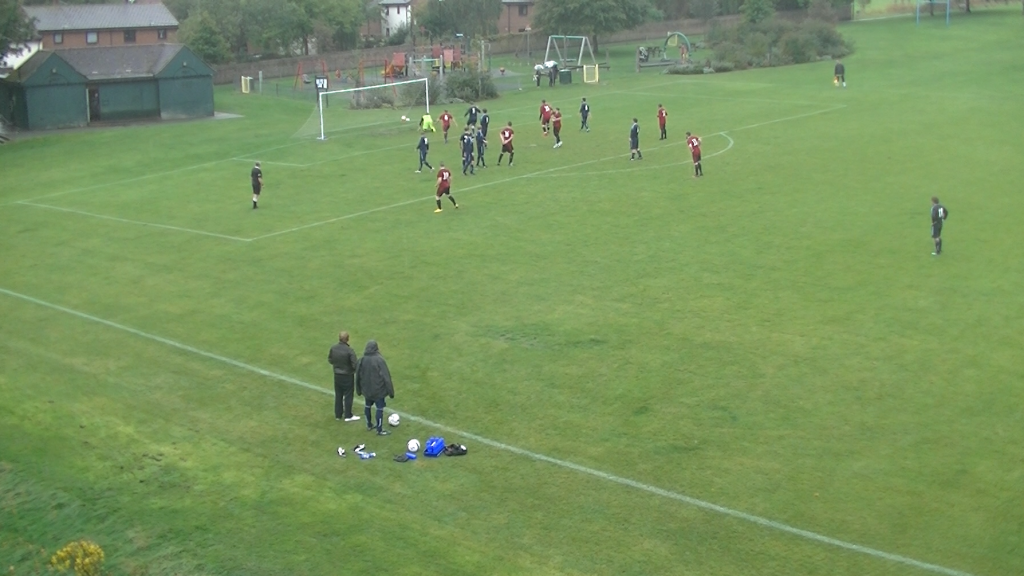 Sam Cook also put in his pointers and the lads listened and absorbed.

The second half got underway and the Chopbacks pressed forward, a poor challenge in the opening 40 seconds saw Harry Jackson bought down a few yards from Baptists area and upstepped a frustrated but determined Connor Easton who fired his shot home beating the opposition keeper to put South Coast back on track. 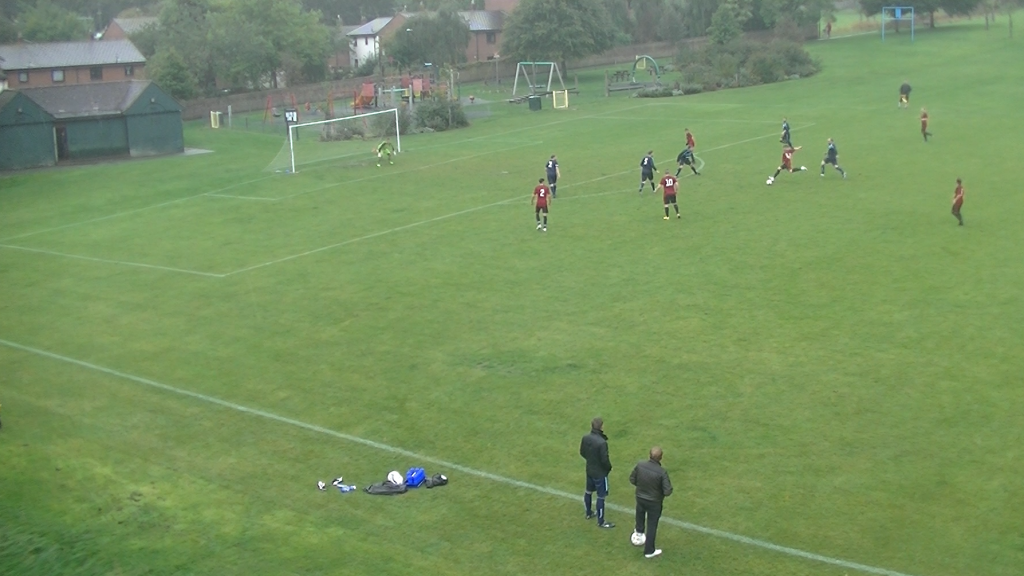 With the Chopbacks now showing composure and following the game plan, 30 minutes of jostling followed with both teams finding mixed success, but neither able to find the net. 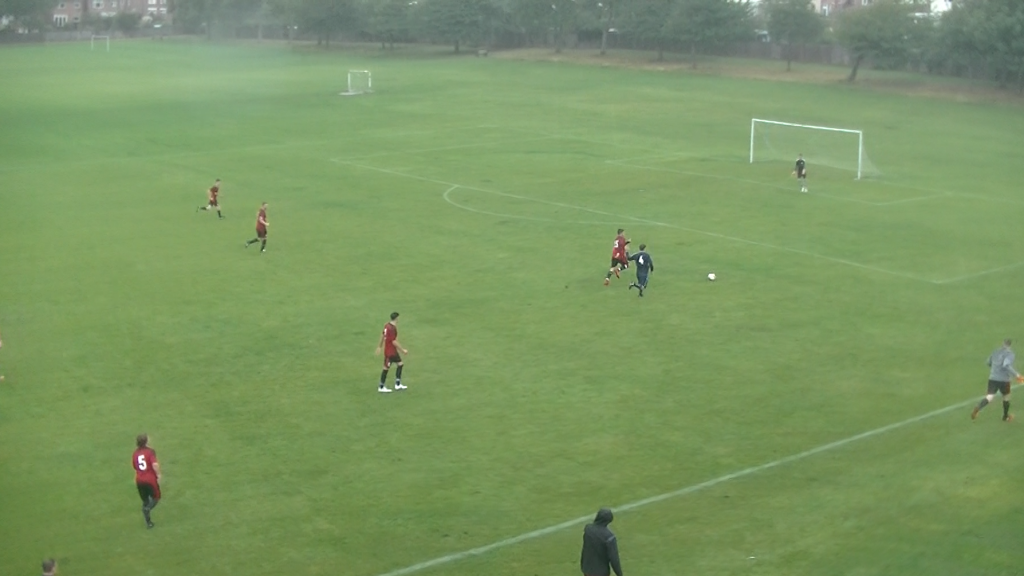 Freshly subbed on Ryan Penney made an immediate impact at the 72nd minute taking a corner,  he picked out Mike Hawley who scored a characteristic thundering strike to bring the teams level with 4 goals each.

The goal picked up the confidence and wiped away the days frustrations for the Chopbacks who clicked up a gear and 3 minutes later were again rewarded by a fantastic Bradley Owens goal from midfield coming from a Mike Hawley throw in. 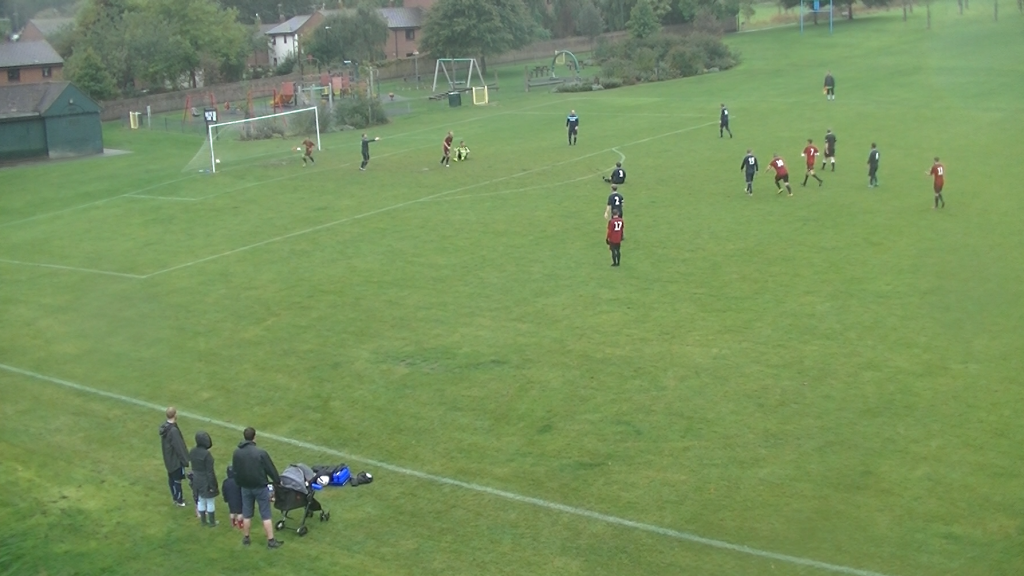 It was all Coast from this point onwards, moments later a perfectly delivered ball from the Chopbacks own half bypassed Baptists back line as they tried to push up and gave a 3-on-2, then 2-on-1 advantage,  a simple pass across the keeper would have increased the lead,  but the option wasn’t taken and the keeper saved with some excellent positioning.

On the 87th minute the final yet seemingly inevitable goal came with Substitute Ryan Fuller netting after reacting quickest to Bradley Owens original strike to seal the victory at 6-4. 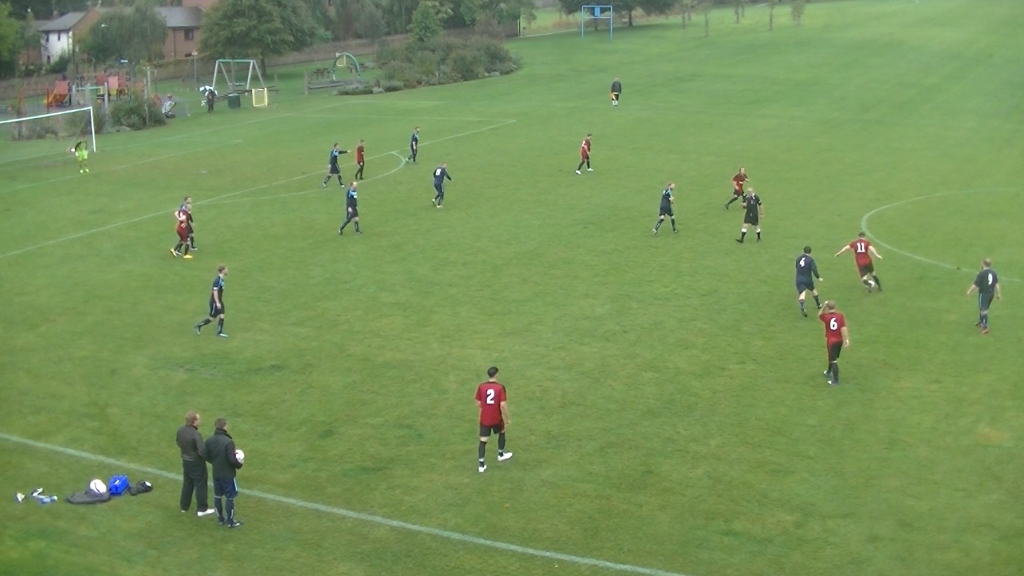 The game was a hard fought one with lessons hopefully learnt by the players that even when they’re not on form,  had rugged determination, a positive mindset and sticking to the training plan can get great results.

Man of the match was Charley Adams for his constant form on the day making well timed challenges on the left and repeatedly pushing through driving runs deep into the oppositional wing never letting his head drop and stepping up his own game to help the team. 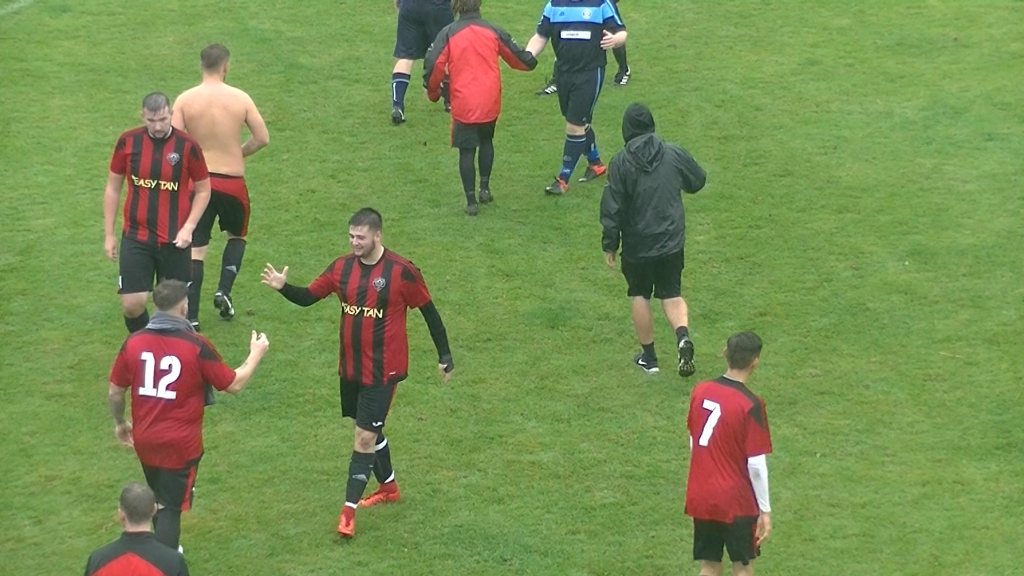 Next week the lads are back in action against Bexhill A.A.C II who were the only team to do the double on South Coast last season,  so Neil Sutcliffe and Sam Cook will be expecting their men to seek a little revenge.

No photos were taken of this game.